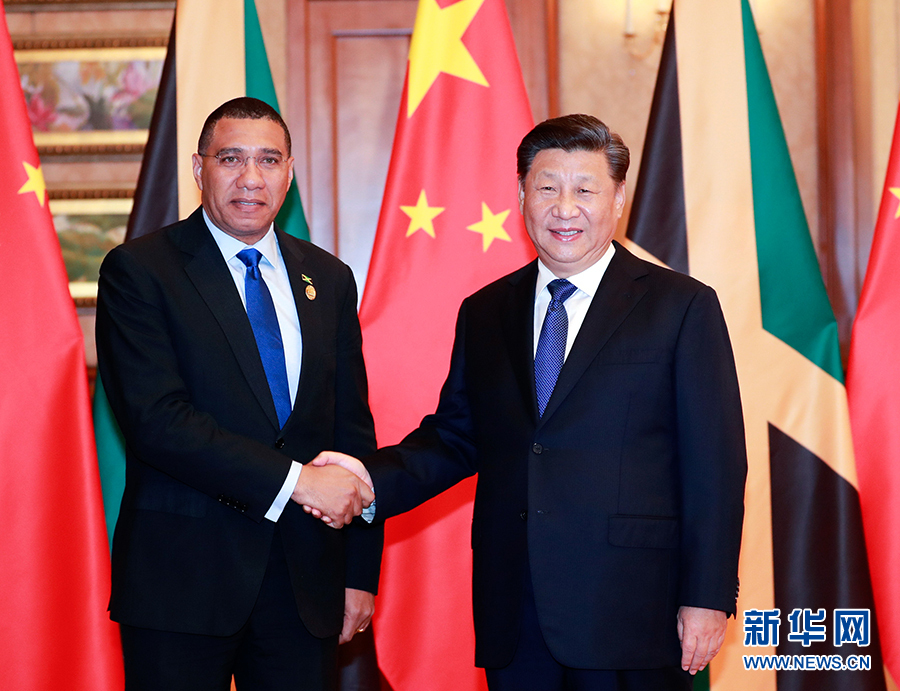 China and Jamaica, both developing countries, have huge potential and broad prospects for bilateral cooperation, said Xi while meeting with Holness, who is in Shanghai to attend the second China International Import Expo. Holness will also pay an official visit to China.
Taking the opportunity of jointly building the Belt and Road, the two countries should raise the speed and quality of cooperation and strive for closer people-to-people exchanges, Xi said.
China supports its companies to invest in Jamaica, and welcomes more special and superior Jamaican products to enter China, he added.
China is willing to work with Jamaica to advance the relations between China and Caribbean countries, jointly uphold multilateralism and the multilateral trade system, and safeguard the common interests of developing countries, Xi said.
Holness said China opening its market wider to the world will greatly boost the sustainable development of the global economy.
Jamaica hopes to learn from China's successful development experience, and is willing to actively participate in the joint building of the Belt and Road and strengthen cooperation in such fields as infrastructure construction, logistics, tourism, culture and sports, he added.
Jamaica firmly supports multilateralism and is willing to play a positive role in promoting the relations between countries in the Caribbean region and China, Holness said.