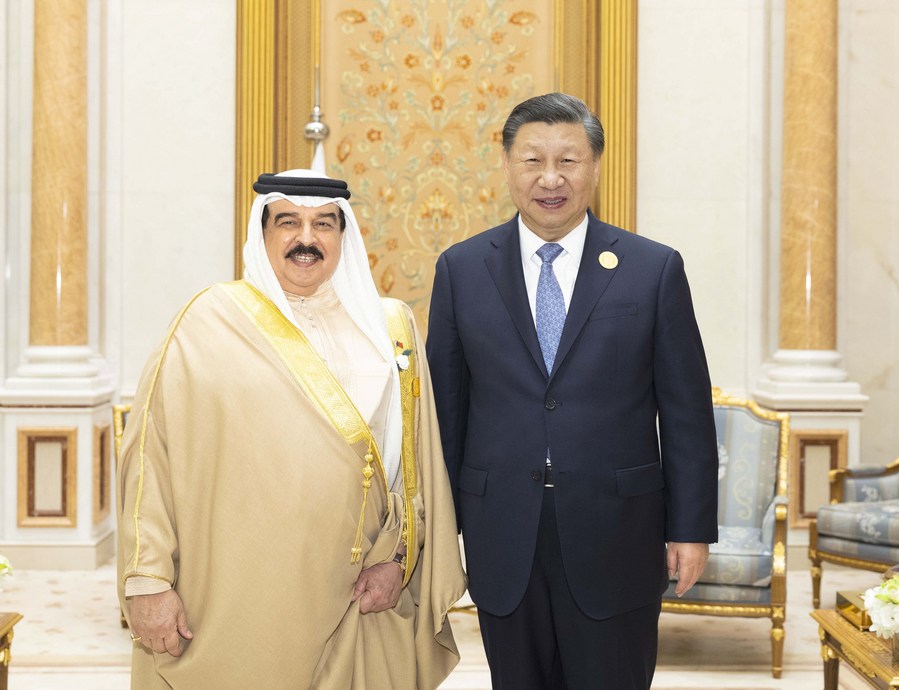 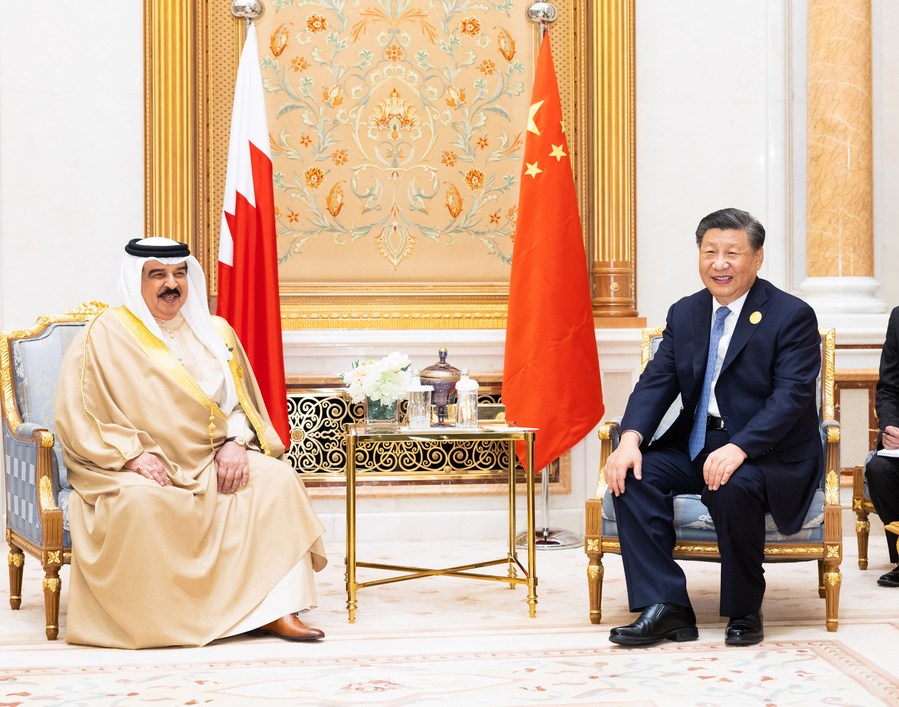 China would also like to enhance medical and health cooperation, and promote the Chinese language education in Bahrain, Xi said during the meeting.

Noting that China supports Bahrain in safeguarding its national sovereignty, security and stability, Xi commended Bahrain for its long-term and firm support to China on issues concerning China's core interests.

China congratulates Bahrain on becoming a dialogue partner of the Shanghai Cooperation Organization, and is willing to strengthen communication and collaboration with Bahrain on multilateral platforms, Xi added.

Stressing that Bahrain and China enjoy very friendly relations and Bahrain regards China as an important strategic partner, King Hamad said young people in Bahrain love China, are attracted by China, and believe that China stands for the future.

The cooperation between Bahrain and China sees no limit, King Hamad said, adding that Bahrain sincerely looks forward to more cooperation with China in the fields including economy, trade, infrastructure and health, so that more results would be achieved.

Ding Xuexiang, Wang Yi and He Lifeng, among others, were present at the meeting.