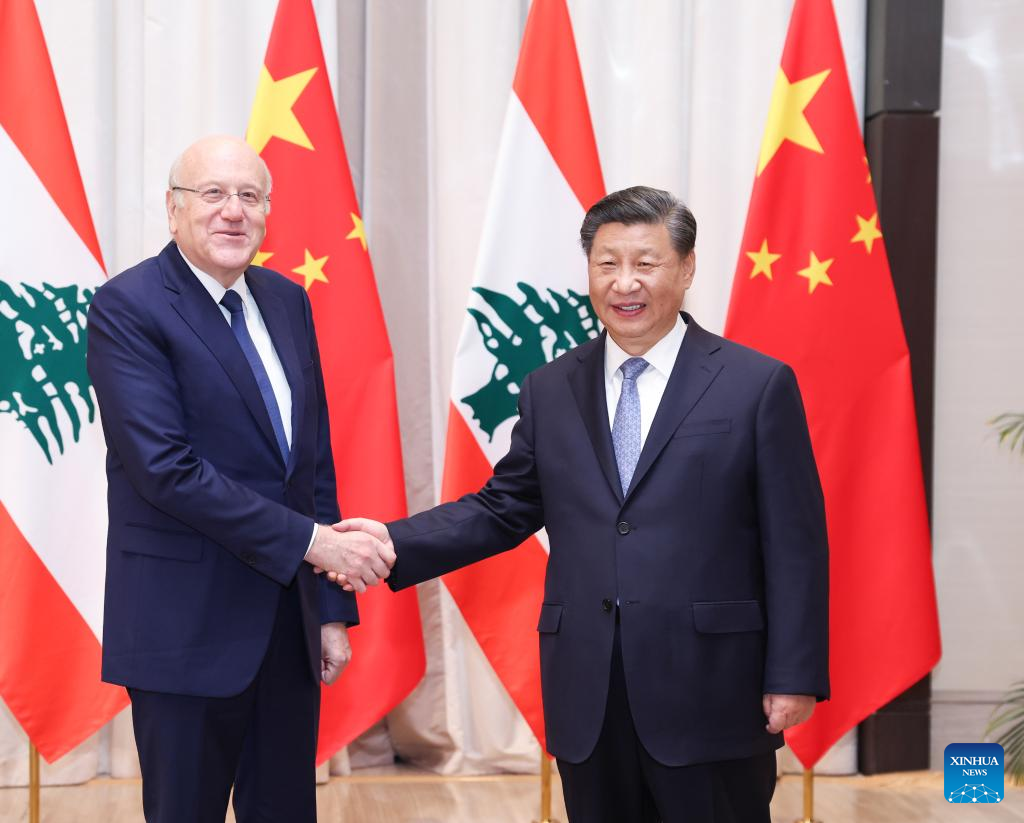 During the meeting, Xi said that China and Lebanon enjoy traditional friendship and have always supported each other.

Last year, the two countries celebrated the 50th anniversary of the establishment of their diplomatic relations, Xi said, adding that China is willing to make joint efforts with Lebanon to promote the in-depth development of China-Lebanon friendly and cooperative relations.

China firmly supports Lebanon in safeguarding its sovereignty, independence and territorial integrity, supports Lebanon in preserving national security and stability, opposes interference by external forces in Lebanon's internal affairs, and will continue to speak up for Lebanon on international multilateral occasions, Xi said.

China is willing to work with Lebanon in deepening Belt and Road cooperation and encourage capable Chinese enterprises to participate in Lebanon's economic and social development, Xi said.

The Chinese president stressed that China will continue to faithfully fulfill its peacekeeping mission and contribute to maintaining peace in Lebanon.

China is willing to work with Lebanon to take the first China-Arab States Summit as a new starting point to promote cooperation between the two sides in various fields and work together to foster a China-Arab community with a shared future, Xi said.

For his part, Mikati said that Xi is a great leader in today's world, who has led China to remarkable achievements.

Although Lebanon is a small country, it has strong willingness to develop relations with China, he said.

Lebanon thanked China for its help in maintaining the Arab country's national peace and security, Mikati said, adding that the country always abides by the one-China principle.

Lebanon expects to enhance cooperation with China in such fields as solar energy and electric power, and welcomes Chinese enterprises to invest in Lebanon, he added.

Ding Xuexiang, Wang Yi and He Lifeng, among others, were present at the meeting.