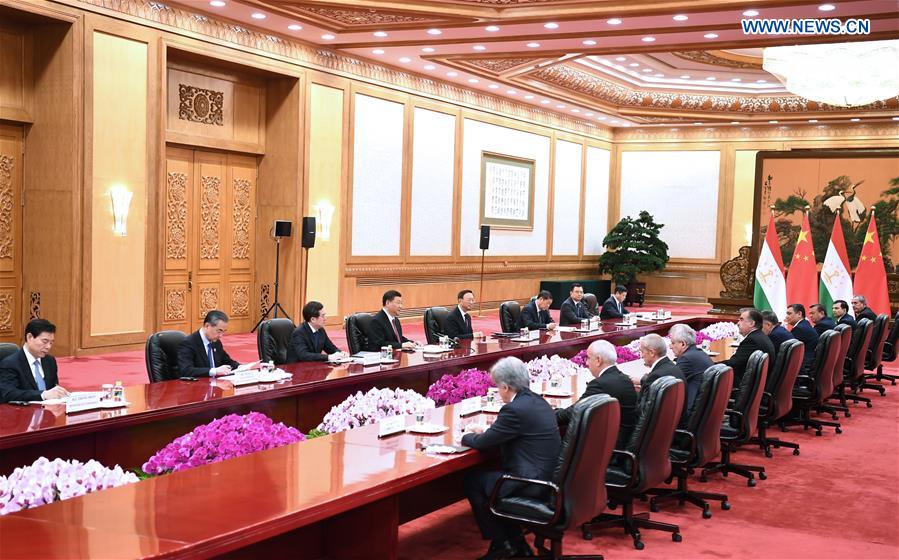 China and Tajikistan should strengthen the synergy between the Belt and Road Initiative (BRI) and Tajikistan's national development strategy for the period up to 2030, and deepen cooperation in fields including trade, investment, finance, connectivity, culture and security, Xi said.

Efforts should be made to enhance the capability of customs clearance and transportation to create favorable conditions for expanding trade between the two countries, he said.

China encourages its companies to invest and do business in Tajikistan to support the country's industrialization, Xi said.

Rahmon said the BRI is of global significance and will help Tajikistan achieve industrialization.

Tajikistan is an early supporter of the BRI, and is actively aligning its national development strategy with the Chinese initiative, Rahmon said.