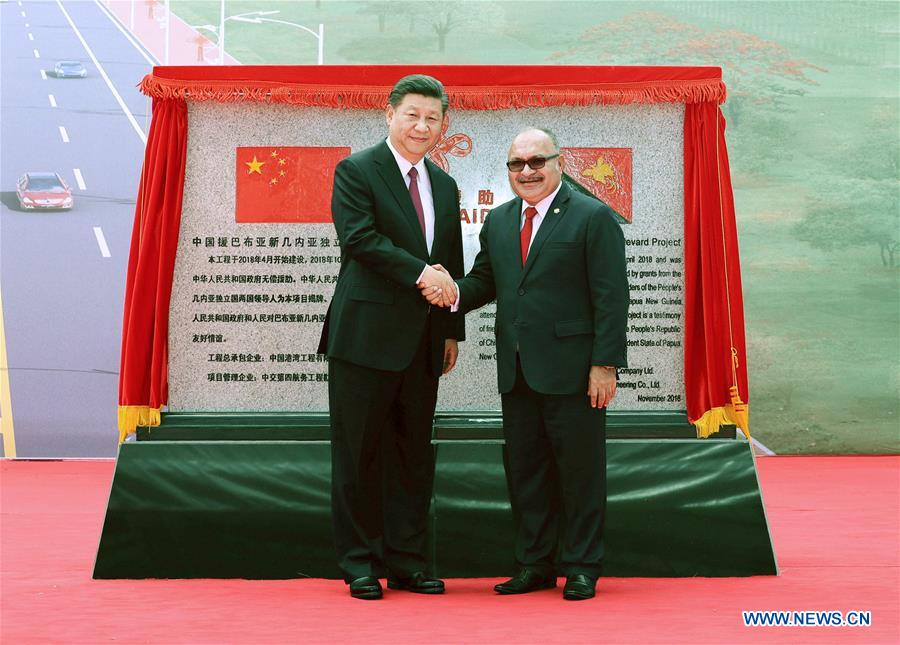 The road project has linked the national parliament house and the PNG capital's trunk roads, providing more convenient and efficient transportation conditions for the locals.

Noting that Chinese construction companies have completed the road project with the highest standard and the fastest speed, Xi said he believes that the Independence Boulevard will bring about more convenience and prosperity to the local people.

China is willing to enhance mutual trust, expand communication and boost cooperation with PNG, and together build a road of prosperity, openness and friendship, he said.

PNG will host the Asia-Pacific Economic Cooperation (APEC) Economic Leaders' Meeting, which is a grand event for PNG and all the Pacific island countries, Xi said.

As PNG's good friend and good partner, China has provided support and assistance within its capacity to PNG in hosting the event, he added. 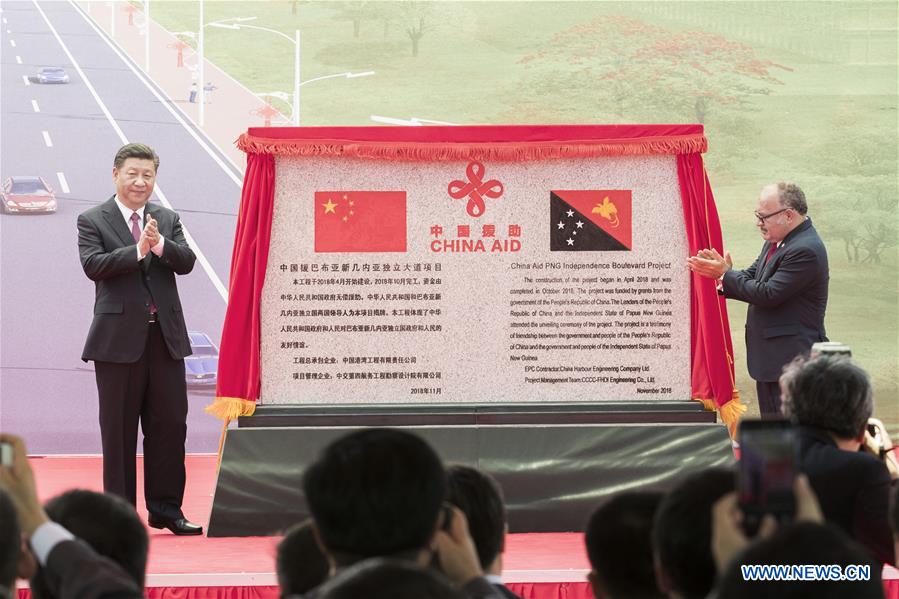 For his part, O'Neill said he is delighted to jointly attend the hand-over ceremony with Xi and thanked China for its long-term assistance to his country.

The Independence Boulevard project is a symbol of PNG-China friendship and of China's important support to PNG, the prime minister said.

Today is another key moment in PNG-China relations, as the inauguration of the boulevard will be a milestone in bilateral ties, O'Neill said.

Calling China a good friend of PNG, O'Neill said his country, which shoulders heavy task of national development, is willing to maintain strong partnership with China.