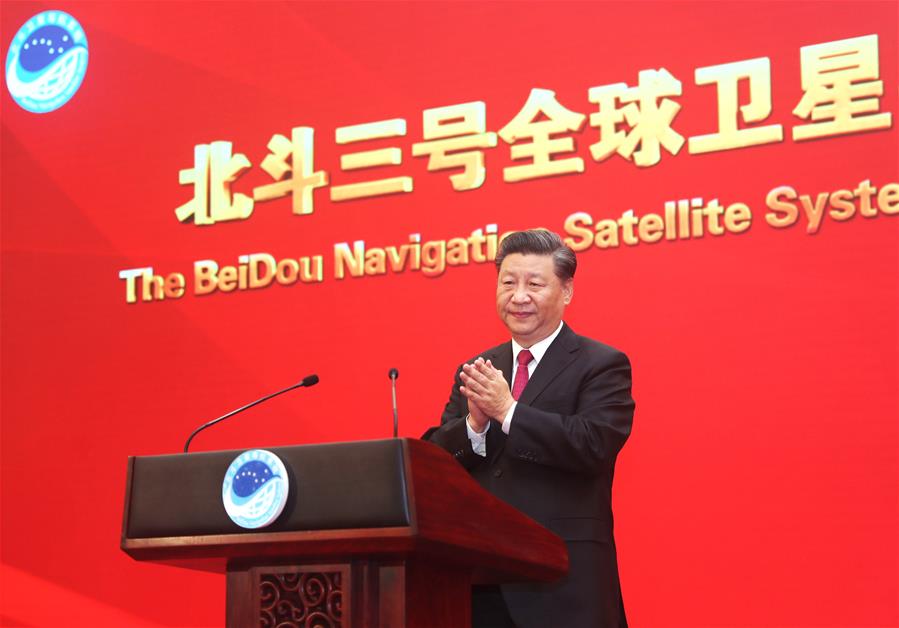 Xi made the announcement while attending the completion and commissioning ceremony for the newly completed BDS-3 at the Great Hall of the People in Beijing.

After the ceremony, Xi visited the exhibition of the construction and development of the BDS, and listened to the introduction of project construction, operation services, application and promotion, international cooperation, and prospects for future development.

Xi said the completion and opening of the BDS-3 fully reflects the political advantage of China's socialist system in mobilizing resources for major undertakings.

It is of great significance to enhance China's comprehensive national strength, to promote China's economic development and improvement of people's livelihood under regular epidemic prevention and control, to promote China's opening-up under the current international economic situation, to further enhance national self-confidence, and to strive to achieve the two centenary goals, noted Xi. He said over the past 26 years, all personnel participating in the development and construction of the BDS have overcome difficulties, dared to fight hard battles and worked hard. They have cultivated a spirit in the new era which should be passed on and carried forward.

Xi called for promoting BDS applications and ensuring good follow-up work, such as the stable operation of the system, to make new and greater contributions to China's economic and social development as well as the building of a community with a shared future for humanity. 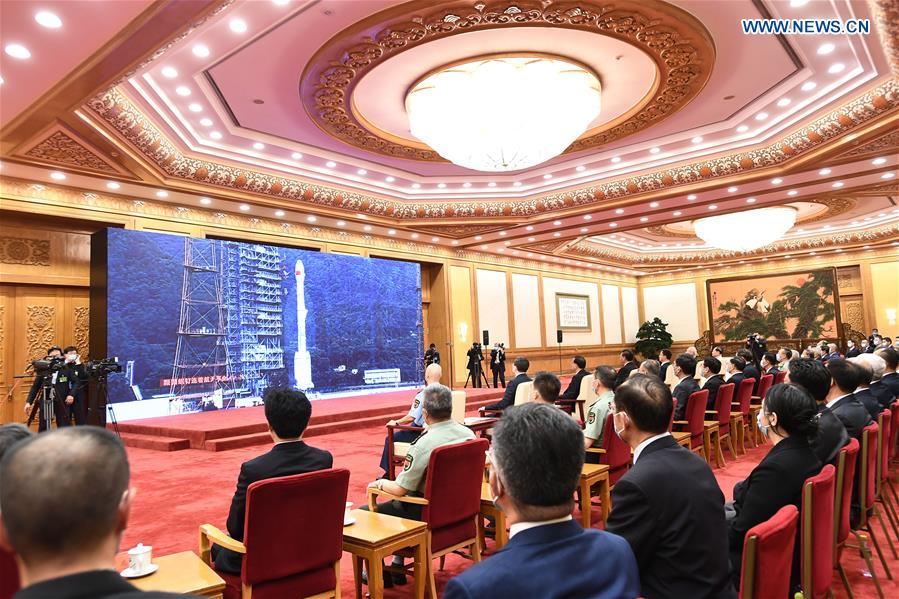 Premier Li Keqiang and Vice Premier Han Zheng, both members of the Standing Committee of the Political Bureau of the CPC Central Committee, also attended the ceremony.

The CPC Central Committee, the State Council and the Central Military Commission jointly sent a message of congratulations and greetings to all personnel participating in the BDS-3 project.

The message said that all participating units and personnel had been working in solidarity and had overcome difficulties amid the COVID-19 epidemic to complete the construction of China's independent, open and compatible global navigation satellite system ahead of schedule.

It noted that the completion and launch of the BDS-3 is a major milestone on the nation's journey to ascend the peak of science and technology, and develop its space industry. It added that this is a major contribution from China to the global public service infrastructure, and a major landmark strategic achievement of socialism with Chinese characteristics for a new era.

The BDS has entered a new stage of providing global services. Expanding the application of the system will face broad prospects and new challenges. The follow-up tasks, such as building a more comprehensive BDS with positioning, navigation and timing functions, are still arduous, said the message.

It called for more efforts to carry forward independent innovation, openness, integration and unity, and pursuing excellence in the new era to make more contributions to the realization of the two centenary goals and the Chinese Dream of national rejuvenation.

China has explored its navigation satellite system in a three-step strategy.

The completion and official launch of the BDS-3 marks the success of the three-step strategy. China has become the third country in the world to independently own a global navigation satellite system.

Currently, over 120 countries and regions in the world use the BDS.