CHINA Xi points out ways for development of poverty-stricken areas

Xi points out ways for development of poverty-stricken areas

As its ecological resources are explored and roads built and connected, Huawu Village in Southwest China's Guizhou Province has taken on a new look in recent years. 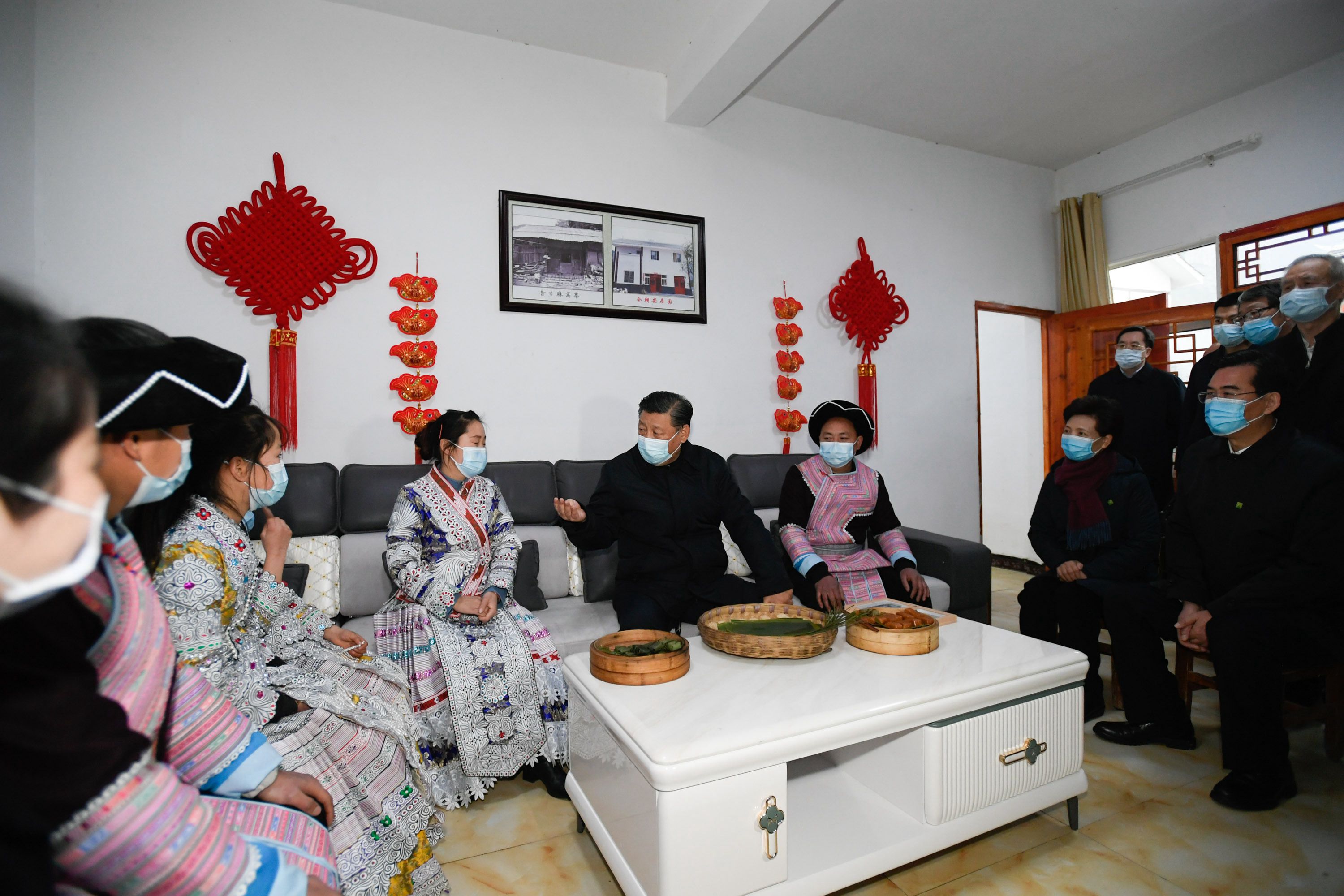 In the afternoon of Feb 3, 2021, President Xi Jinping visited the village of Xinren Miao Township in Qianxi County.

Roads lead to a better life

Lack of transportation infrastructure was one of the biggest challenges facing poor areas.

In the past, villagers had to walk through a narrow road winding along the cliffs when they would go outside. Some villagers had never been out of the village in years.

Xi has always been concerned about the construction of transportation infrastructure in impoverished areas and has issued many important instructions.

During the Two Sessions in 2017, Xi participated in the deliberation of the Sichuan delegation. He shared his sadness after reading the heart-wrenching reports of the "Cliff Village" in Liangshan Yi Autonomous Prefecture on TV. When he learned that a new iron ladder was built to facilitate the village’s access to the outside world, he got a little relieved.

No single poverty-stricken area or individual should be left behind on the road to prosperity because of transportation problems. That's a solemn promise made by the Communist Party of China.

Since the 18th National People’s Congress of the Communist Party of China in 2012, 35,000 kilometers of railways have been constructed in poverty alleviation areas, and more than 100 counties started having railways, and 1.1 million kilometers of rural roads have been built or reconstructed.

After the roads were accessed, transportation became much easier, and more people chose to return to develop the economy in their hometown, and lucid waters and lush mountains have become invaluable assets.

During the COVID-19 pandemic, the chartered buses and trains allowed migrant workers to return to work on time.

As the transportation barriers were removed, dirt roads were converted to cement ones, and villages were connected to traffic networks, sweeping changes have taken place in these impoverished mountainous areas. 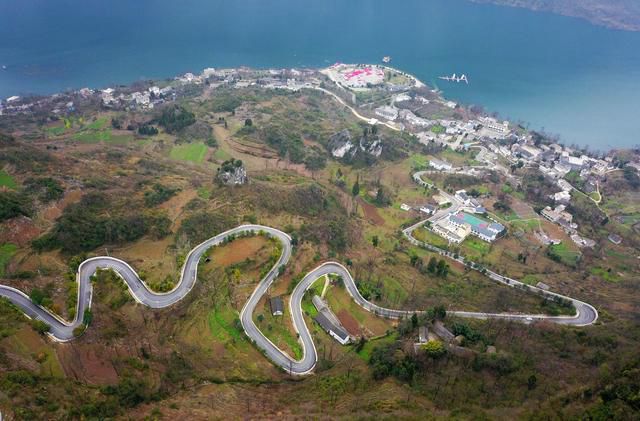 When Xi Jinping first arrived at Liangjiahe more than 50 years ago, the road into the village was a narrow winding dirt ditch stuck by two mountains. To build a methane-extraction pit in the village, ferrying cement and sand was a must and the road must be built first. The small intestine path that "two-wheeled carts could not pass through” was later hardened and broadened, which, in turn, brought more benefits to the development of the village.

On March 4, 2014, Xi emphasized in an instruction that transforming a zip line and building a road can open a door to prosperity, especially in some impoverished areas.

On November 3, 2013, Xi inspected Ai’zhai Bridge in Jishou City in Central China’s Hunan Province. Learning that the transport conditions in the Tujia and Miao Autonomous Prefecture of Xiangxi had improved and a rural road network had taken shape, he was excited. He urged greater efforts in improving the construction of transportation and other infrastructure in poor areas.

Prior to New Year's Day in 2014, the cadres from the Gongshan Derung-Nu Autonomous County in Yunnan Province wrote to Xi and reported the news that the much-anticipated Dulongjiang Highway Tunnel was about to be completed. Xi congratulated the opening of the tunnel and wished them early realization of "Xiaokang" -- a moderately prosperous society.

Xi stressed the importance of rural road construction to the rural revitalization and urged to build them well, maintain and manage the rural roads, so as to provide a better guarantee for farmers to promote well-being, and to accelerate the modernization of agriculture and rural areas.

Many poverty-stricken areas are located in mountainous areas with complex topography, including geological and harsh natural conditions. To improve transportation, it is necessary to "concentrate efforts to do great things", and things cannot be done without the joint efforts and selfless dedication of designers, builders, operators, and maintainers.

Xiaoxiangling, which lies between Chengdu Plain and Daliang Mountain, is a tunnel on the new Chengdu-Kunming railway line. Building it was risky. At the beginning of 2018, 20 young Party members participating in the reconstruction of the tunnel wrote to Xi that they were determined to inherit the spirit of their predecessors, remaining true to their mission and making unremitting efforts to turn the railway into an "accelerator" for the people along the line to get rid of poverty and become rich.

"The most beautiful scenery is the rural road, and the most cherished public facility is the rural road." Many people along the roads have voluntarily become propagandists and road guards to protect the "lifeline" and "road-to-wealth".

In 2017, Xi emphasized that in recent years, the mission to ensure the roads are properly built, operated, managed, and maintained has achieved tangible results, bringing popularity and wealth to rural areas, especially poor areas, and consolidating popular support for the Party at the grassroots level.

The roads are getting wider and Chinese are full of energy on the road to prosperity. President Xi's vision and leadership on road building and transport network improvement has offered key solutions for eliminating poverty and boosting rural prosperity and revitalization.