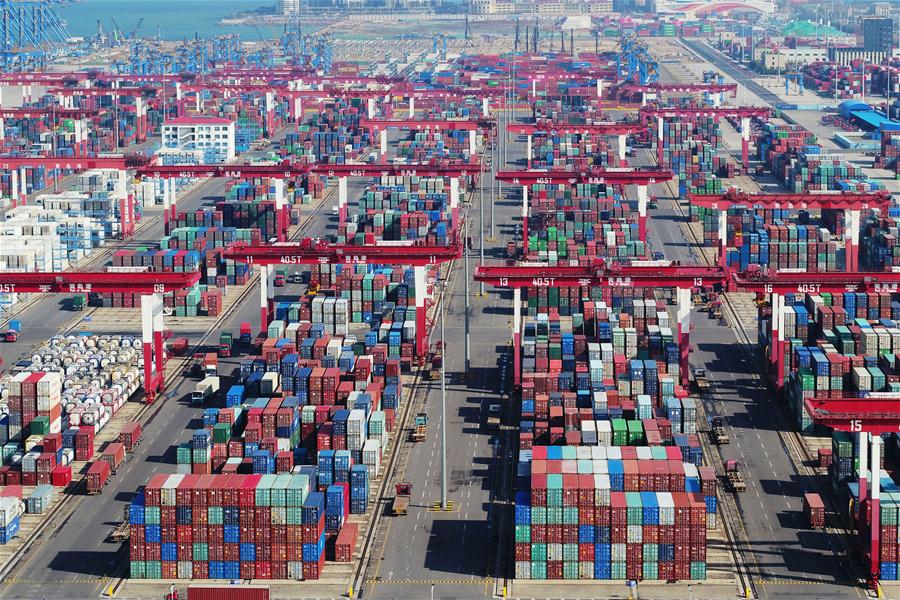 BEIJING (Xinhua) -- Xi Jinping, general secretary of the Central Committee of the Communist Party of China (CPC), presided over the ninth meeting of the central committee for deepening overall reform Wednesday.

As the reform goes deeper, it is more necessary to shoulder responsibilities, take swift but steady steps and forge ahead without taking a break, Xi said.

Reforms should be integrated with the ongoing CPC education campaign themed "staying true to our founding mission," Xi said.

Li Keqiang, Wang Huning and Han Zheng, all members of the Standing Committee of the Political Bureau of the CPC Central Committee and deputy heads of the reform committee, also attended.

The meeting reviewed and approved a series of official documents:

-- a plan on establishing a national science and technology ethics committee;

-- a guideline on strengthening protection of intellectual property rights (IPR);

-- a guideline on promoting the inheritance, innovation and development of traditional Chinese medicine (TCM);

-- a guideline on deepening reform of the management and maintenance of rural public infrastructure;

-- a plan on the construction of national culture parks for the Great Wall, the Beijing-Hangzhou Grand Canal and the Long March;

-- a guideline on coordination in setting limits in territorial spatial planning;

-- a guideline on accelerating the establishment of a comprehensive internet management system;

-- a plan for a pilot program for building regional medical centers;

-- a plan on promoting a national pilot program for the integration between industry and education;

-- a guideline on supporting Shenzhen in building a pilot demonstration area of socialism with Chinese characteristics;

-- a master plan on building a demonstration area for local economic and trade cooperation between China and the Shanghai Cooperation Organization (SCO).

More efforts should be made to improve rules, management mechanisms and supervision of ethics in the field of science and technology, according to a statement released after the meeting.

The meeting urged efforts to improve the TCM medical service systems, promote the high-quality development of the TCM cause and industries, foster TCM professionals and continue to develop TCM through opening-up and innovation.

Rural public infrastructure is an important pillar of rural economic and social development and an important foundation for all-round rural vitalization, and various social entities should be encouraged to participate in the management and maintenance of the infrastructure, according to the statement.

In terms of the three national culture parks, efforts should be made to strictly protect and manage the cultural relics and their surrounding environment, preserve traditional cultural ecology, and develop cultural tourism and ecological industries based on local conditions, the statement said.

The meeting called for coordinating efforts to draw up a clear line for ecological conservation, designate permanent basic cropland and demarcate the boundaries of urban development.

By unveiling the pilot program for building regional medical centers, the country aims to promote the development of high-quality medical resources in the form of conglomerates with the help of technologies such as artificial intelligence and big data, to better meet people's needs for medical services, according to the statement.

To deepen the integration of industry and education, the meeting urged efforts to respect the law of education and law of economics, let the market play a decisive role in resource allocation, and the government play a role in overall planning and promoting.

The country will support Shenzhen in building a pilot demonstration area of socialism with Chinese characteristics, with the strategic intention of the CPC Central Committee to establish a special economic zone firmly in mind, according to the statement.

In the development of the Shenzhen pilot demonstration area, the statement said it is imperative to unswervingly follow the path of socialism with Chinese characteristics, adhere to the reform and opening-up, fulfill the requirements of high-quality development, implement the innovation-driven development strategy, seize the important opportunities in the development of the Guangdong-Hong Kong-Macao Greater Bay Area, and strive to create a model city for a great modern socialist country, the statement said.

The building of a demonstration area for local economic and trade cooperation between China and the SCO in Qingdao is aimed at creating a new platform for international cooperation under the Belt and Road Initiative (BRI) and expanding cooperation in areas including international logistics, modern trade, two-way investment, and business, tourism and cultural exchanges, the statement said.

The country will promote Qingdao's role in the construction of the economic corridor of the New Eurasian Continental Bridge under the BRI and maritime cooperation.