Xi presides over symposium for soliciting advice on economic work

BEIJING, July 30 (Xinhua) - Xi Jinping, general secretary of the Communist Party of China (CPC) Central Committee, presided over and addressed a symposium on Monday to solicit opinions and suggestions on economic situations and economic work in the second half of the year from non-CPC personages. 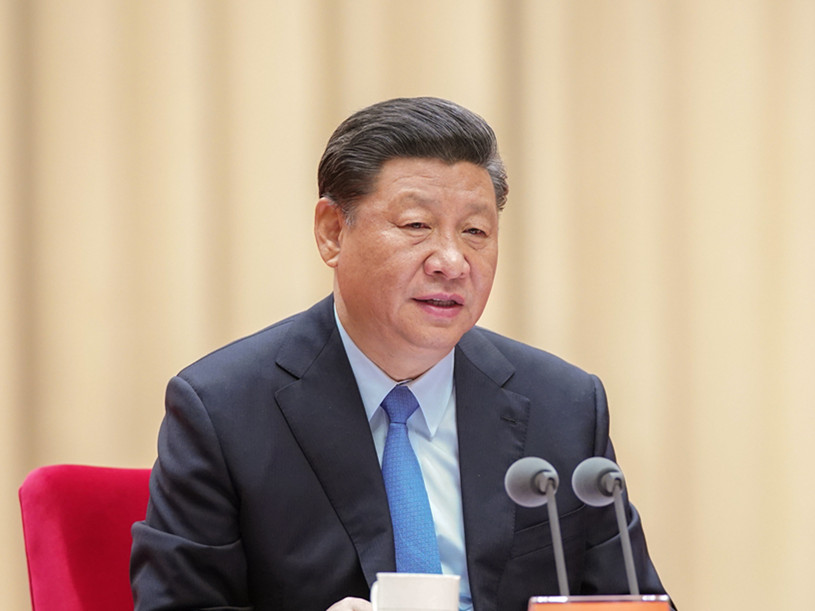 Xi said it is necessary to heighten confidence, maintain strategic focus, and keep in mind both the domestic and international situations during the pursuit of sustained and sound economic development.

Despite the challenges and problems in economic operations, the Chinese economy has maintained sound momentum in the long run, he said, stressing the need to unswervingly advance supply-side structural reform, foster new growth points and achieve high-quality development in a down-to-earth manner.

The meeting was attended by Li Keqiang, Wang Yang, Wang Huning and Han Zheng, all members of the Standing Committee of the Political Bureau of the CPC Central Committee.

Heads of the central committees of eight non-Communist parties and the All-China Federation of Industry and Commerce, as well as the representative of personages without party affiliations made their respective speeches, agreeing with the CPC Central Committee's analysis of the economic situation and plans for economic work.

They also gave suggestions on the economy, which, Xi said, were well-targeted and would be seriously considered by the CPC Central Committee.

Xi appreciated their contributions to the CPC Central Committee's policy-making as they had accomplished a series of research projects on the focal tasks of the Party and the government such as prompting innovation-driven development and optimizing the business environment to unleash the vitality of economic entities.

Xi stressed that it is of great significance to ensure stable and sound economic growth in the second half of the year during which the country will celebrate its 70th founding anniversary.

He hoped the non-CPC personages could properly understand the country's current economic situation and be more confident and resolute.

"China's economy is generally sound, yet the external environment and domestic economic situation are undergoing profound and complicated changes," Xi said. "As long as we keep focused, stand firm and work hard to enhance our strength, exploit our potential in reform and innovation and actively open new ground, the ship of the Chinese economy is bound to ride the waves and sail forward steadily."

The transition of the Chinese economy from a phase of rapid growth to a stage of high-quality development, which demands a change in development concepts, optimization of economic structure and a shift in growth drivers, won't be easy, he said.

He hoped non-CPC personages could focus on the essential concerns of the CPC Central Committee and the key issues in social and economic development, make full use of their expertise and advantages to offer insightful and valuable advice.

Xi also hoped non-CPC personages could properly meet difficulties and challenges on the path of pursuing development, take responsibilities and devote themselves to their duties.

"As the country has made an extraordinary journey in the past 70 years, we should firmly believe in the bright prospects of China's development and fully recognize the twists and turns on the road ahead," Xi said.

He called for efforts to utilize the political advantages of the CPC leadership and the socialist system and make full preparations for preventing and resisting risks in a bid to turn challenges into opportunities.