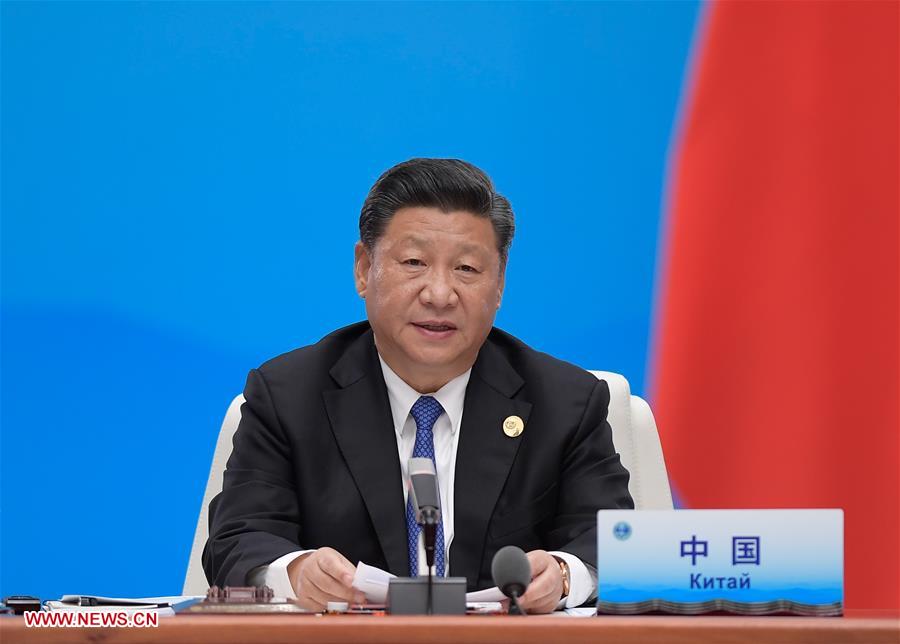 Since its widely-anticipated establishment 20 years ago, the Shanghai Cooperation Organization (SCO) has grown into a significant constructive force in the Eurasian region.

At the landmark Qingdao summit of the SCO in 2018, Chinese President Xi Jinping called for concerted efforts to build an SCO community with a shared future, which has injected fresh impetus into the Shanghai Spirit and charted the course for regional and global peace and development.

In the Qingdao Declaration, the SCO members made "building a community with a shared future for humanity" a common concept, which has become the member states' most important political consensus and set the goal for their future efforts.

To propel the SCO towards a greater role in promoting regional and global prosperity, the Chinese president has expounded his insightful vision on building a community with a shared future for mankind on various occasions.

"All member states, old and new, should work in close coordination, deepen mutual trust and increase mutual support in their endeavor to build a community of shared future featuring equality, mutual support, solidarity and sharing of weal and woe," Xi said at the 17th Meeting of the Council of Heads of States of the SCO in 2017.

At the Qingdao summit in 2018, Xi elaborated on his vision on upholding "innovative, coordinated, green, open and inclusive development," pursuing "common, comprehensive, cooperative and sustainable security," promoting "open and inclusive cooperation for win-win outcomes," championing "equality, mutual learning, dialogue and inclusiveness between civilizations," and following "the principle of achieving shared growth through discussion and collaboration in engaging in global governance."

In June 2019, Xi called for efforts to make the SCO an example of solidarity and mutual trust, common security, mutually beneficial cooperation, inclusiveness and mutual learning, which has further specified the goals and tasks of building an SCO community with a shared future.

"I would like to emphasize that the China-proposed ideas of building a community with (a) shared future for mankind and the Belt and Road Initiative have stood test within the framework of the SCO," said former SCO Secretary-General Bolat Nurgaliyev.

In recent years, Xi has put forward a series of concepts and propositions on SCO-related occasions, said Li Ziguo, director of the Department for European-Central Asian Studies of the China Institute of International Studies.

All of these concepts and propositions, Li said, have not only enriched the Shanghai Spirit, but also provided pragmatic and effective measures for as well as added new impetus to the SCO.