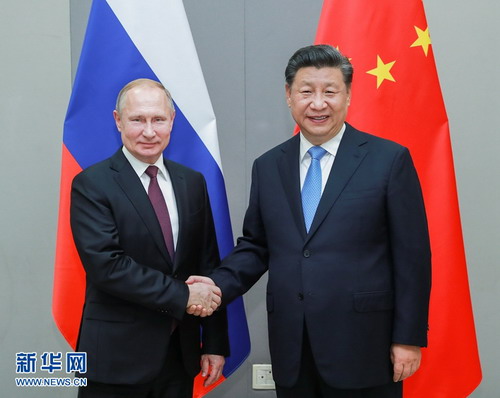 Xi said Monday that China and Russia have injected positive energy into the international community through their close cooperation, as the world is entering a period of turbulence and change and human development is confronted with multiple crises.

The two countries have set a good example for a new type of international relations, Xi said.

Under the guidance of the China-Russia Treaty of Good-Neighborliness and Friendly Cooperation, the two countries will continue to make concerted efforts and firmly move forward despite difficulties and obstacles ahead, Chinese President Xi Jinping said on Monday.

The idea of enduring friendship, which has been established in the treaty, conforms to the fundamental interests of the two countries as well as the themes of the times of peace and development, Xi said.

He also said the treaty is a vivid example of fostering a new type of international relations and building a community with a shared future for humanity.