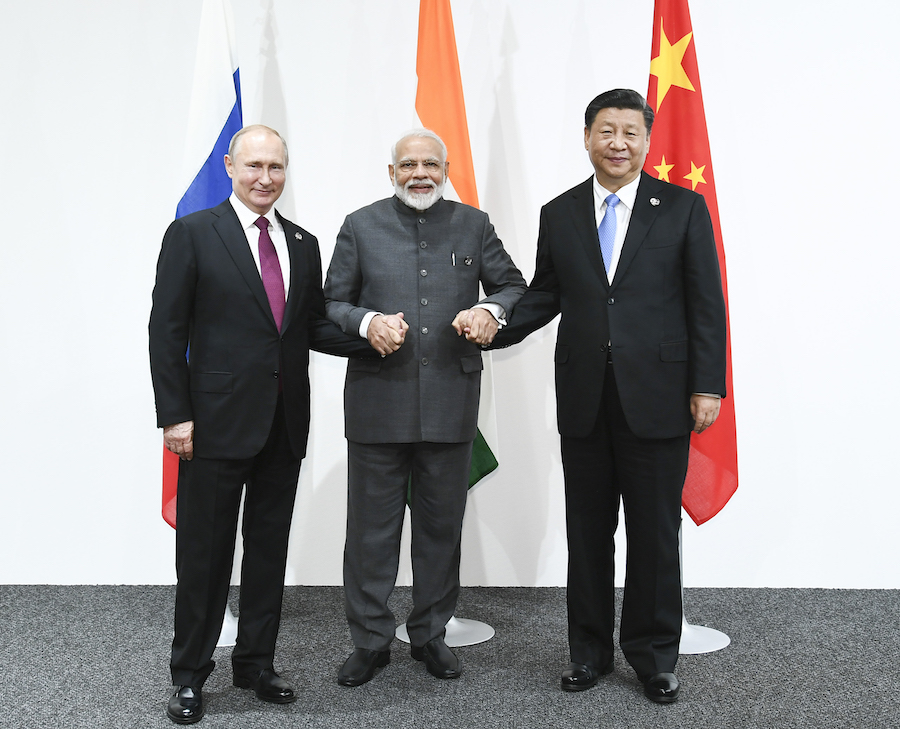 OSAKA, Japan, June 28 (Xinhua) -- Leaders of China, Russia and India agreed here Friday to continue to maintain, utilize and develop their trilateral cooperation mechanism, in a bid to make greater contributions to promoting peace, stability and prosperity in the region and the world at large.

The consensus was reached at a meeting of Chinese President Xi Jinping, Russian President Vladimir Putin and Indian Prime Minister Narendra Modi, which was held on the sidelines of a summit of the Group of 20 major economies in the Japanese city of Osaka.