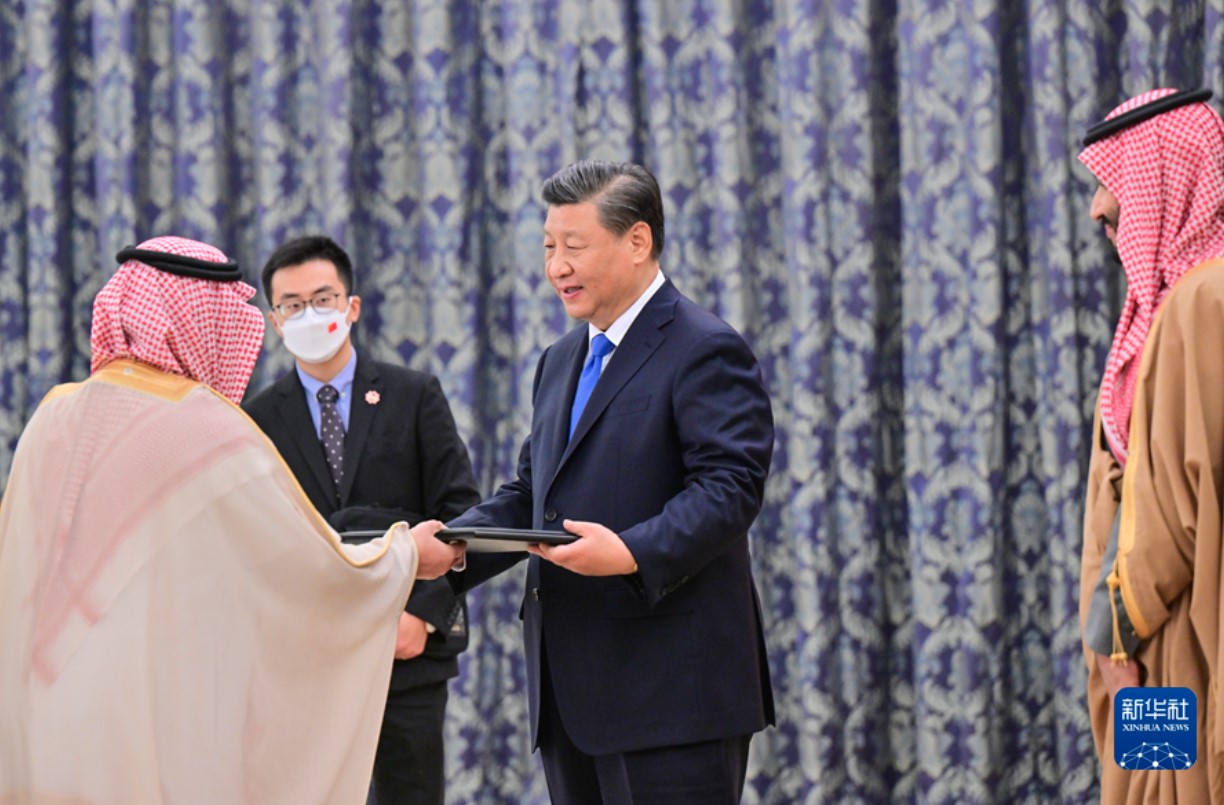 Xi attends the honorary doctorate-awarding ceremony of King Saud University at the royal palace in the capital Riyadh. (Photo: Xinhua)

Noting that King Saud University was Saudi Arabia's first university that the country is very proud of, the Saudi side said that China plays a pivotal role in the world's economic structure and is a model for people of all countries who yearn for progress and prosperity, adding that China's great success is attributed to having a great leader like Xi, who has a strategic and long-term vision.

King Saud University teaches both Chinese language and Chinese-Arabic translation, the Saudi side said, pointing out that many Saudi students study Chinese hard out of their yearning for Chinese culture, and there are also many Chinese students studying the Arabic language and Arabic literature at the university, which have promoted the cultural exchanges between Saudi Arabia and China and mutual understanding between their people.

To highlight Xi's great achievements in governing China and his important contribution to the friendship and cooperation between Saudi Arabia and China, King Saud University is honored to award Xi an honorary doctorate degree in management, the Saudi side said.

Ding Xuexiang, Wang Yi, He Lifeng, among others, were present at the ceremony.