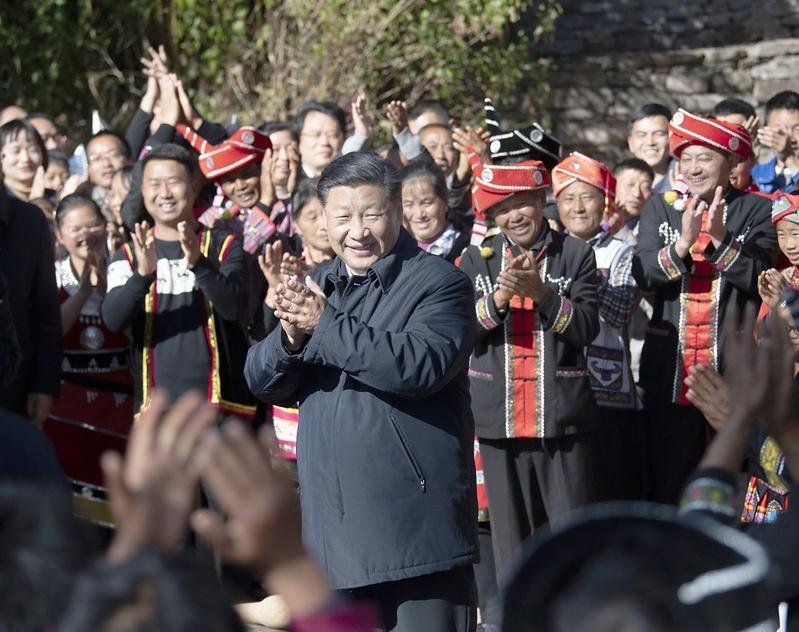 President Xi Jinping, also general secretary of the Communist Party of China Central Committee and chairman of the Central Military Commission, visits a village of the Wa ethnic group to extend his Chinese New Year's greetings to the villagers in Qingshui township of the city of Tengchong, Southwest China's Yunnan province, Jan 19, 2020. (File photo: Xinhua)

Xi, also general secretary of the Communist Party of China Central Committee and chairman of the Central Military Commission, made the remarks Thursday in his letter replying to 10 veteran Party chiefs from nine border villages of Cangyuan Wa Autonomous County.

Xi said he was very glad to hear the country's poverty-relief drive has brought about profound changes for locals, and said he could feel the Wa people's faith and trust in the Party and the country.

In his letter, Xi said that eliminating poverty is a vital step toward better lives for the people, and he called for continued efforts to vitalize rural areas, boost development in border regions to benefit the people living there, pursue the common prosperity of all ethnic groups, and promote prosperity and stability in border areas.

Cangyuan, the county with the largest ethnic Wa population, has made remarkable progress in improving people's well-being since the 18th CPC National Congress in 2012. Locals now have better access to safe housing, drinking water, medical services and schooling.

By the end of 2019, all 40,000-plus impoverished people from the county's 67 poverty-stricken villages had shaken off poverty.