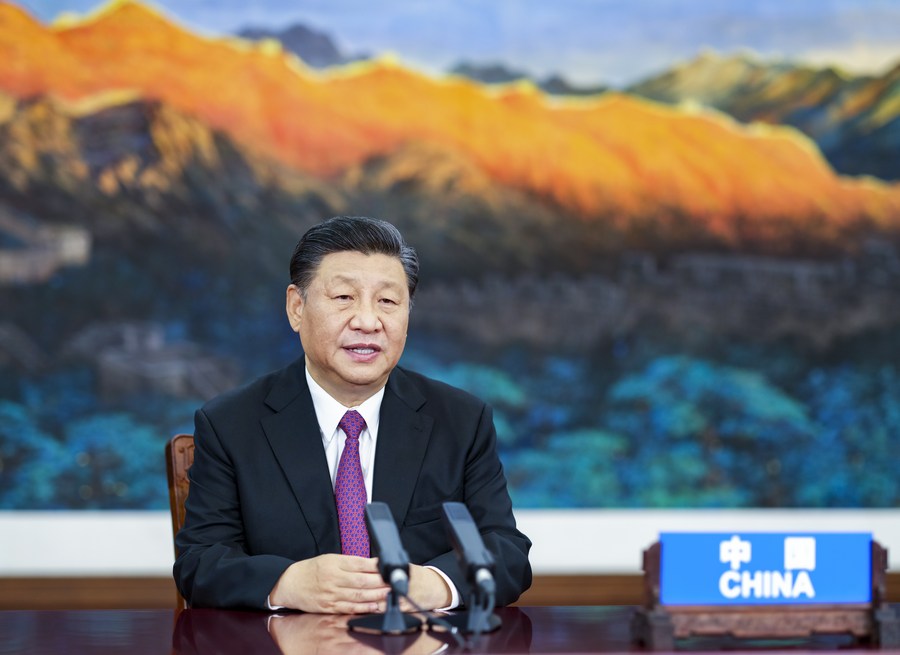 When addressing the APEC Informal Economic Leaders' Retreat via video link in Beijing last week, Xi stressed the importance of promoting the liberalization and facilitation of trade and investment.

"We must remove barriers, not erect walls. We must open up, not close off. We must seek integration, not decoupling," Xi said.

In April, Xi said in a keynote speech at the Boao Forum for Asia annual conference that in this age of economic globalization, openness and integration is an unstoppable historical trend.

Attempts to "erect walls" or "decouple" run counter to the law of economics and market principles, Xi said in the speech, noting that "they would hurt others' interests without benefiting oneself."

"We need to promote development through opening-up and deepen exchanges and cooperation among us. We need to 'join hands' with each other instead of 'letting go' of each other's hands. We need to 'tear down walls,' not to 'erect walls.' We need to stand firm against protectionism and unilateralism. We need to continually bring down trade barriers, optimize global value and supply chains, and jointly foster market demand," Xi said at the opening ceremony of the Second China International Import Expo in 2019.

In a speech at the Arab League Headquarters in 2016, Xi said "the Belt and Road Initiative calls for exchanges between nations and civilizations for mutual understanding, rather than mutual resentment. It is important to remove, rather than erect, walls between each other, take dialogue as the golden rule and be good neighbors with each other."

Xi's analogies have been widely recognized by experts worldwide.

Boonyong Yongcharoenrat, vice president of Thai-Chinese Chamber of Commerce, said that Xi's remarks have reiterated China's strong commitment to defending multilateralism and promoting the building of a community with a shared future for mankind.

In today's world where economic globalization is ever deepening, the law of the jungle and a winner-takes-all approach will inevitably hit a dead end, he said, adding that the only right way is through inclusiveness and mutual benefit, and by building a harmonious and cooperative big family.

Kosala Wickramanayake, president of Sri Lanka's International Business Council, noted that the COVID-19 pandemic continues to have a devastating impact in the Asia-Pacific.

"I agree with President Xi Jinping's speech that the global market should be open, so economic cooperation can bring everyone out of poverty," he said, adding that the Belt and Road Initiative proposed by China has benefited many countries along the route.