CHINA Xi's article on Civil Code to be published

Xi's article on Civil Code to be published 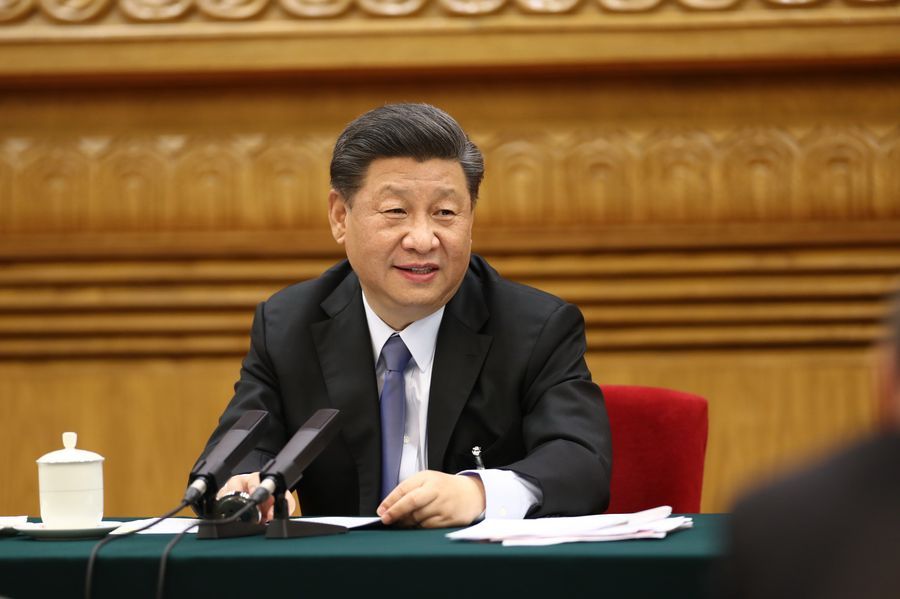 Chinese President Xi Jinping takes part in a deliberation with his fellow deputies from the delegation of Inner Mongolia Autonomous Region at the third session of the 13th National People’s Congress (NPC) in Beijing, capital of China, May 22, 2020. (File photo: Xinhua/Ju Peng)

BEIJING, June 15 (Xinhua) -- An article by President Xi Jinping on the full recognition of the significance of the promulgation and implementation of China's Civil Code and better protection of the people's legitimate rights and interests in accordance with law will be published Tuesday.

The article by Xi, also general secretary of the Communist Party of China Central Committee and chairman of the Central Military Commission, will be published in the 12th issue of the Qiushi Journal.

The Civil Code is a fundamental law that holds an important position in the Chinese socialist system of laws, says the article.

The Civil Code is of great significance to advancing law-based governance in all fields, speeding up the building of a socialist country based on the rule of law, developing the socialist market economy and consolidating the basic socialist economic system, according to the article.

It is also important for adhering to the people-centered development philosophy, protecting the people's rights and interests in accordance with law, promoting the development of China's human rights cause as well as modernizing the country's system and capacity for governance, the article adds.

Noting that it embodies equal protection of rights in various areas, the article says the Civil Code has distinctive Chinese characteristics and keeps up with the practice and the times.

The Civil Code was adopted at the third session of the 13th National People's Congress on May 28.