Xi's article on enhancing Party's political building to be published 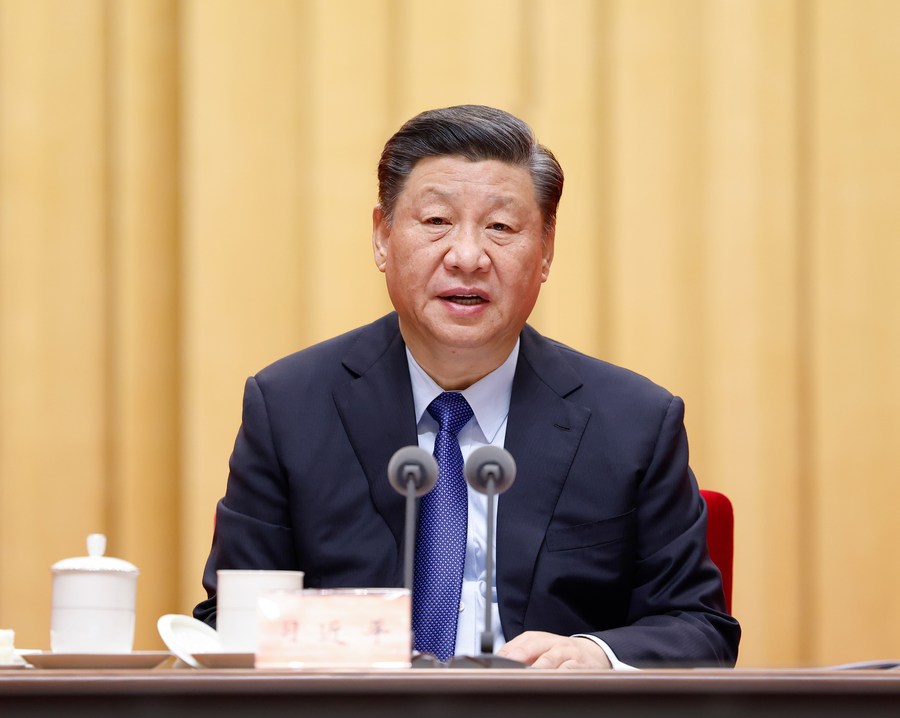 Xi Jinping delivers an important speech at a key meeting to launch a campaign on Party history learning and education among all Party members in Beijing, capital of China, on February 20. (Photo: Xinhua)

BEIJING, Aug. 15 (Xinhua) - An article by Xi Jinping, general secretary of the Communist Party of China (CPC) Central Committee, on summing up the Party's historical experience and strengthening its political building will be published.

The article by Xi, also Chinese president and chairman of the Central Military Commission, will be published on Monday in this year's 16th issue of the Qiushi Journal, a flagship magazine of the CPC Central Committee.

Strengthening the Party through political building is an important guarantee that has enabled the CPC to keep growing and secure one victory after another, it says.

The primary task of Party political building is to ensure that the whole Party obeys the CPC Central Committee and upholds its authority and centralized, unified leadership, it adds.

Party members must uphold the correct political direction, the CPC leadership, and China's socialist system, according to the article.

China's fight against COVID-19 has again attested to the fact that the CPC stands firm as the pillar that the Chinese people can reliably lean upon when crises strike. It also shows that China's socialist system is the most robust institutional guarantee to ward off risks and challenges, the article notes.