CHINA Xi's article on Party's leadership to be published

Xi's article on Party's leadership to be published 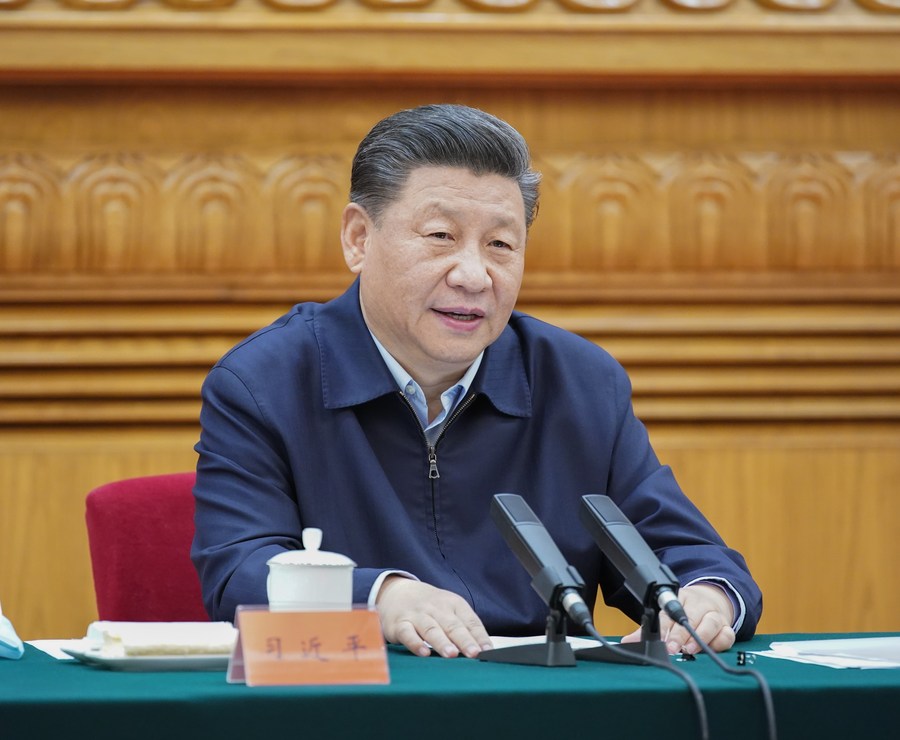 Chinese President Xi Jinping, also general secretary of the Communist Party of China Central Committee and chairman of the Central Military Commission, presides over a symposium attended by experts and scholars in Beijing, capital of China, June 2, 2020. (Photo: Xinhua/Yao Dawei)

BEIJING, Sept. 15 (Xinhua) -- An article by Xi Jinping, general secretary of the Communist Party of China (CPC) Central Committee, on firmly upholding and enhancing the Party's overall leadership will be published on Thursday.

The article by Xi, also Chinese president and chairman of the Central Military Commission, will be included in this year's 18th issue of the Qiushi Journal, a flagship magazine of the CPC Central Committee.

It should be made very clear that the foundation of China's governance is the Party's leadership and the socialist system, it added.

As the governing party of China, the CPC provides overall leadership and coordinates the efforts of all involved. The CPC is the highest force for political leadership, the article said, adding that upholding the Party's leadership is the reason why China can maintain long-term stability.

The article noted that the Party's leadership should be embodied in all aspects, including economic, political, cultural, social and ecological development, national defense, the country's reunification, diplomacy and governance over the Party.