CHINA Xi's article on upholding, developing socialism with Chinese characteristics to be published

Xi's article on upholding, developing socialism with Chinese characteristics to be published

BEIJING, March 31 (Xinhua) -- An article by Xi Jinping, general secretary of the Communist Party of China (CPC) Central Committee, on upholding and developing socialism with Chinese characteristics will be published Monday in the seventh issue of the Qiushi Journal this year. 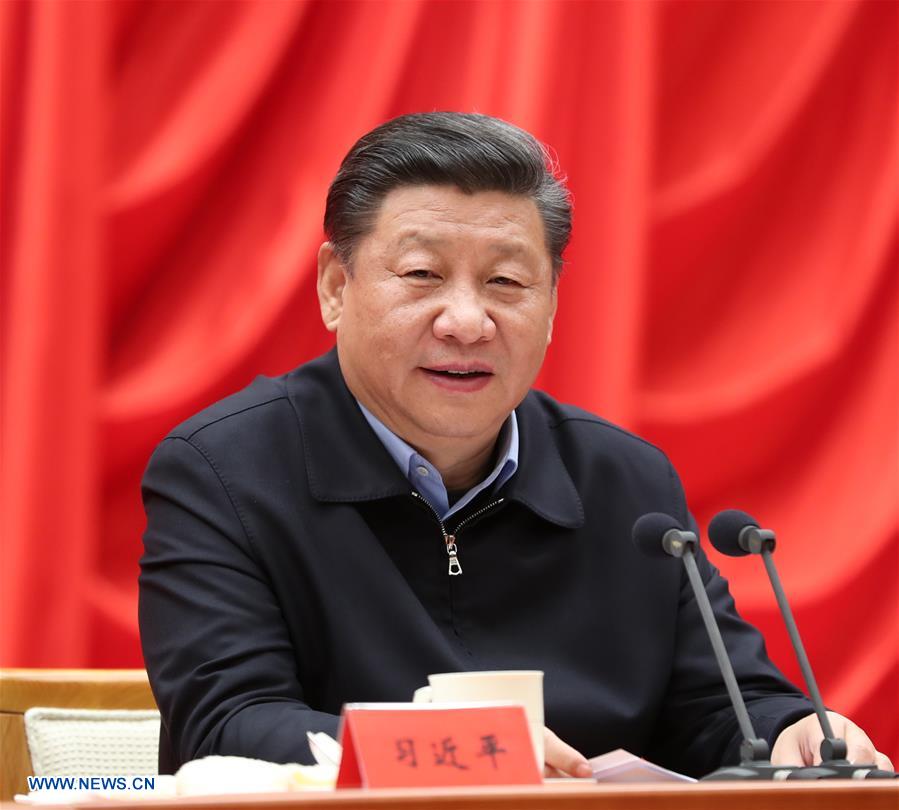 Chinese President Xi Jinping, also general secretary of the Communist Party of China (CPC) Central Committee and chairman of the Central Military Commission, addresses the opening of a workshop attended by newly-elected members and alternate members of the CPC Central Committee, as well as provincial and ministerial-level officials, in Beijing, capital of China, Jan. 5, 2018. (Photos: Xinhua)

Xi, also Chinese president and chairman of the Central Military Commission, stressed in the article that path is the top issue concerning the success or failure of the Party's cause. "Path is the life of the Party."

Socialism with Chinese characteristics is the only path to building a moderately prosperous society in all respects, speeding up socialist modernization and realizing national rejuvenation, the article said.

Upholding Marxism and socialism must take a perspective of development, the article noted.

All Party members and officials at all levels "must continuously deepen reform and opening up and advance theoretical, practical and institutional explorations," it said.

It also called on CPC members, particularly officials, to have a deep belief in and faithfully practice Communism and socialism with Chinese characteristics.

Cover image: Xi Jinping, general secretary of the Communist Party of China (CPC) Central Committee, speaks at the Seventh Plenary Session of the 18th CPC Central Committee in Beijing, capital of China. The plenum was held from Oct. 11 to 14, 2017 in Beijing.