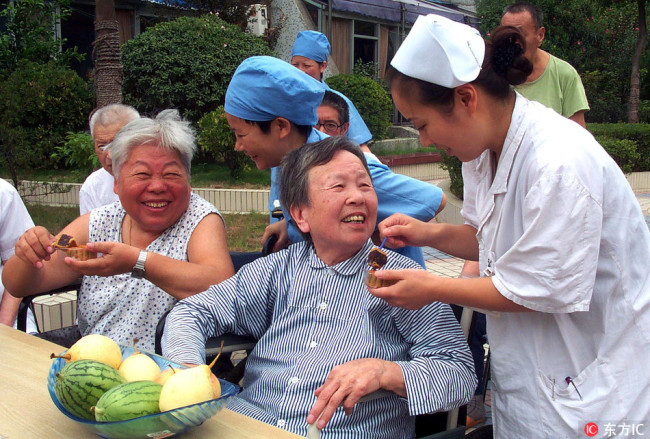 Making the Healthy China initiative a strategic priority, Chinese President Xi Jinping has laid a solid foundation for realizing the Chinese dream of national rejuvenation and achieving great strides in people's health and well-being during the 13th Five-Year Plan period (2016-2020).

The average life expectancy rose to 77.3 years in 2019, with main health indicators higher than the average for medium-high income countries, according to the Chinese National Health Commission statistics.

More than 80 percent of the residents were able to reach the nearest facilities for medical observation within 15 minutes. Family doctor coverage exceeded 70 percent for the elderly.

"We will improve the national health policy and ensure the delivery of comprehensive lifecycle health services for our people," President Xi said.

He acquired detailed knowledge of hospitalization reimbursement for poor people, treatment of patients with severe mental disorders, prevention and treatment of endemic diseases, and contracted services of family doctors.

Xi pointed out that the shortage of medical resources in rural areas required remote consultation as a balance so that people could enjoy high-quality medical services at home.

In June this year, the township health center received medical supplies and equipment worth more than 1 million yuan ($151,000) including an electrocardiogram, urine analyzer, ultrasound, digital X-ray and an ambulance.

Standardized remote diagnosis and treatment made it possible for the whole town of 21,000 residents to enjoy services from hospital specialists.

Xi has repeatedly stressed the importance of addressing illnesses as major obstacles to poverty alleviation. 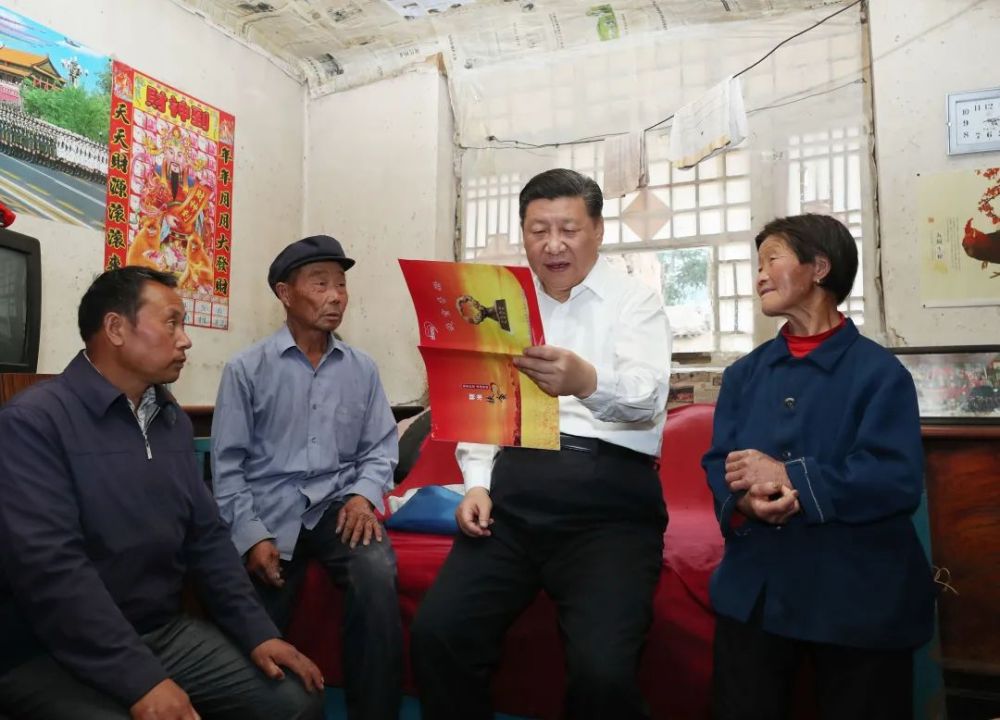 Xi visited villagers Liu Fuyou, Cao Liuren and Wang Sannyu. After meeting them and their families, Xi called on poverty relief staff to solve problems for the poor no matter how arduous.

Wang's husband and son had died, and her grandson and granddaughter were disabled. Xi urged officials to arrange special education for the grandchildren.

In January this year, Wang was hospitalized for more than 10 days due to a cerebral infarction. Her medical expenses were reimbursed by 90 percent.

"Now that we have a good policy and the government has the reimbursement for medical treatment, I feel more at ease," Wang said.

President Xi shows great concern for the cause of health care.

On September 8, Xi addressed an awards ceremony to honor outstanding individuals and organizations in China's fight against COVID-19 in Beijing.

"We're willing to do whatever it takes to protect people's lives," Xi said. He also noted that the Communist Party of China (CPC) Central Committee took into account the overall situation of the unexpected COVID-19 epidemic, made resolute decisions and insisted on putting people's lives and health first.

China has fought a fierce war against the epidemic and passed the extraordinary test of history under the strong leadership of the CPC Central Committee, Xi said.

In January in an instruction to CPC organizations, members and officials, Xi wrote they should keep in mind "that people's interests are the highest priority in the current arduous battle of prevention and control against the outbreak of pneumonia caused by the novel coronavirus."

On February 10, Xi learned about epidemic prevention and control at Beijing Ditan Hospital, a designated institution for treatment of the coronavirus.

He checked the treatment of hospitalized patients at the monitoring center and talked to frontline medical workers in three hospitals in Wuhan receiving infected patients with a telemedicine system via a video link.

On March 10, Xi flew to Wuhan, capital of Hubei Province, to inspect epidemic prevention and control work on the ground. During his visit he spoke to community workers, police officers, doctors, officials and volunteers.

"In the face of the spread of COVID-19, the CPC has, from the very beginning, stated clearly that people's lives and health should be considered the top priority. We are willing to protect people's lives and health at all costs," Xi said in a deliberation with fellow deputies from the delegation of Inner Mongolia Autonomous Region at the third session of the 13th National People's Congress in Beijing on May 22.

Xi presided over a symposium attended by experts and scholars on June 2. Noting that the people's security was the cornerstone of national security, Xi called for readiness for worst-case scenarios, stronger awareness of potential dangers and constant efforts to forestall major risks in healthcare.

President Xi has promoted traditional Chinese medicine (TCM) concepts to elaborate on the idea of state governance and quoted TCM theory as a metaphor for international cooperation.

TCM has reportedly spread to 183 countries and regions, and is assisting in the world's fight against COVID-19.

"TCM is a treasure of ancient Chinese science and Chinese civilization," Xi wrote in a congratulatory letter in December 2015 on the 60th anniversary of the founding of the China Academy of Chinese Medical Sciences in Beijing.

During the 19th CPC National Congress in 2017, Xi met the Sichuan delegation. After deliberations, Xi shook Geng Funeng's hand and said, "There is big potential for traditional Chinese medicine. Do a good job!"

Visiting a TCM industrial park in Zhuhai, south China's Guangdong Province on October 22, 2018, Xi said: "We should exert more efforts in exploring the essence of TCM and better collaboration between enterprises, universities and research institutes to advance the industrialization, modernization and globalization of the TCM."