On August 1, President Xi exchanged congratulatory messages with Bidhya Devi Bhandari, president of Nepal, to celebrate the 65th anniversary of diplomatic relations between the two countries.

China-Nepal friendship is historic and broad-based. As early as 1,600 years ago, Nepal and China enjoyed friendly exchanges.

The stories of the Chinese monk scholars Fa Xian and Xuan Zang, and Nepal’s Princess Bhrukuti and architect Arniko, remain popular with both peoples.

In 1955, China and Nepal established diplomatic relations. Since then, cooperation has continued to develop. Last year, the presidents of the two countries exchanged visits, elevating the relationship to a Strategic Partnership of Cooperation Featuring Ever-lasting Friendship for Development and Prosperity. 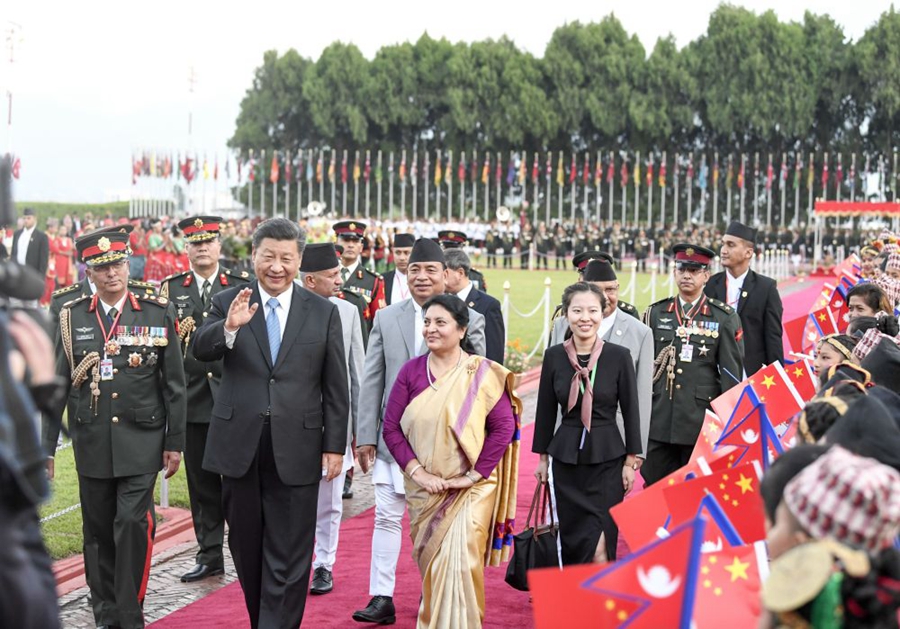 President Xi pointed out that the two countries have always respected each other, treated each other as equals, enhanced political mutual trust and deepened mutually beneficial cooperation, which shows the deep friendship between the two peoples with shared dreams and a connected destiny.

The Nepalese government and people donated money and materials for China's 2008 Wenchuan earthquake. China also tried its best to help Nepal's timely reconstruction after its 2015 earthquake.

At the most difficult moment of China's epidemic prevention and control, the Nepali side expressed support through various means. China also provided assistance to Nepal in fighting the epidemic by donating medical supplies, assisting it in purchasing in China, and promoting video exchange meetings.

President Xi said that he attaches great importance to the development of China-Nepal relations and is willing to work with President Bhandari to push for continued advancement of the bilateral relationship, bring greater benefits to the two peoples and make positive contributions to regional stability and development.

On August 5, President Xi sent a message of condolence to his Lebanese counterpart, Michel Aoun, over the explosions in the Lebanese capital Beirut.

On behalf of the Chinese government and people and in his own name, President Xi extended profound condolences to the victims, conveyed heartfelt sympathies to the bereaved families and the injured, and wished the injured a quick recovery. 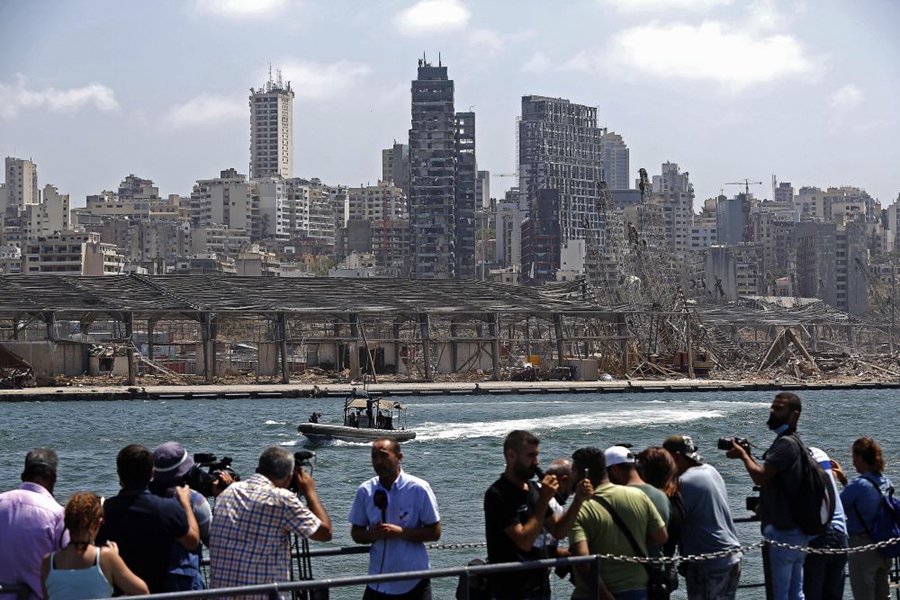 Media photograph the devastated Beirut port area of Lebanon, Aug. 8, 2020. A violent explosion rocked Beirut on August 4. So far 158 people are known to have died from the blast, with more than 6,000 injured. Dozens of people are missing and about 300,000 people have been left homeless. (Xinhua)

On the same day, the Chinese government launched an emergency humanitarian assistance response. The China International Development Cooperation Agency said it would assist the Lebanese government as soon as possible in accordance with the urgent needs of Lebanon, and help Lebanon with the treatment of the injured and the resettlement of the displaced.

On August 9, Chinese special envoy to the Middle East Zhai Jun announced that China would support Lebanon in treating the injured and assist families who suffered huge losses or were displaced.

On August 8, President Xi sent a message of condolence to his Vietnamese counterpart, Nguyen Phu Trong, over the passing of Le Kha Phieu, former general secretary of the Communist Party of Vietnam (CPV) Central Committee. 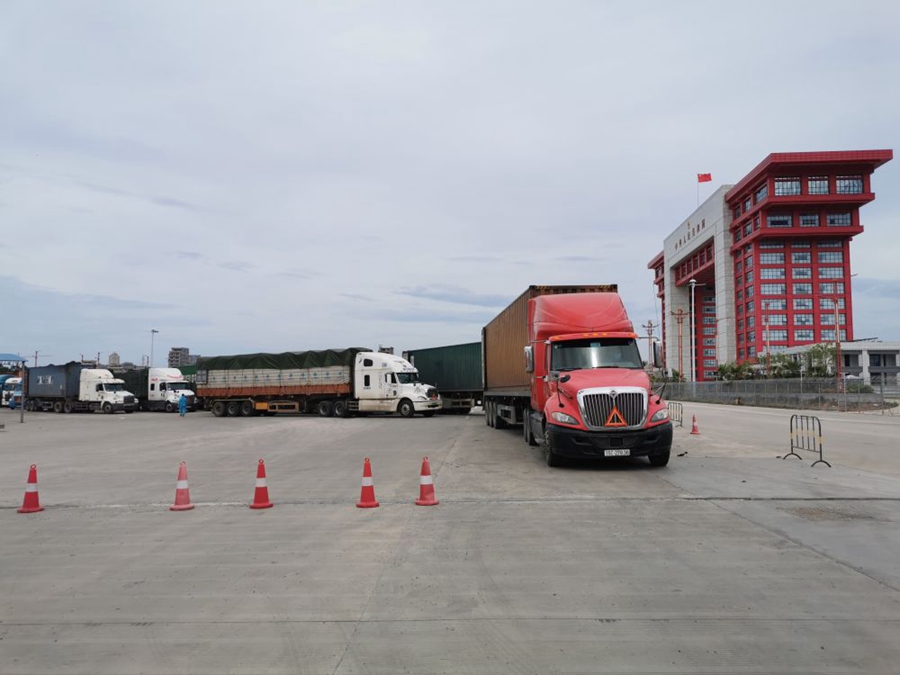 Comrade Le Kha Phieu was an outstanding leader of the older generation of the CPV and Vietnam, led the Vietnamese people in achieving great accomplishments in Vietnam’s socialist construction and renovation enterprises, President Xi noted.

He was also a close comrade and friend of the Communist Party of China, the Chinese people, and had made outstanding contributions to the development of China-Vietnam relations featuring “long-term stability, future orientation, good-neighborly friendship and all-round cooperation.”

The Chinese side attaches great importance to consolidating and developing the traditional friendship between the two countries, and is willing to work with Vietnam in enhancing political mutual trust and strengthening unity and cooperation so as to push forward the relationship of the two parties and two countries, as well as their respective socialist causes for new and greater development, Xi said.

President Xi believes that under the strong leadership of the CPV Central Committee with General Secretary Nguyen Phu Trong as the head, the socialist cause in Vietnam is bound to yield new achievements.

On August 10, President Xi sent a congratulatory message to Alexander Lukashenko on his reelection as Belarusian president.

China sees Belarus as an important partner in Belt and Road development. The China-Belarus industrial park has developed into a "model project" under the Belt and Road Initiative (BRI). Belarus was also one of the first countries to sign up for the first China International Import Expo. 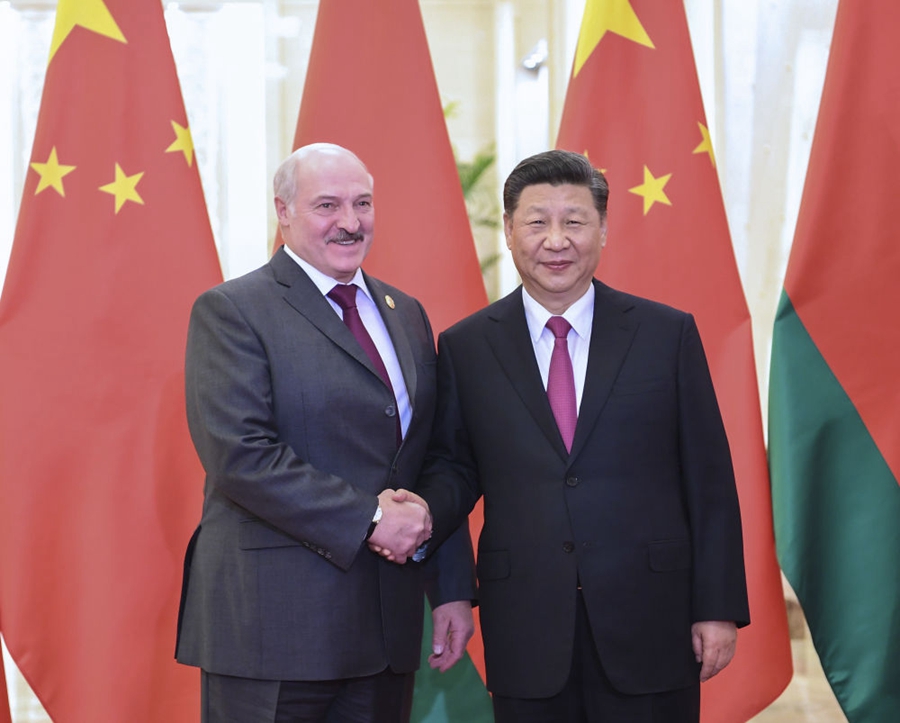 Since the outbreak of the COVID-19 pandemic, China and Belarus have been sticking together through thick and thin and looking out for each other, demonstrating a deep, ironclad friendship between the two sides and the high-level nature of China-Belarus relations.

Noting that he highly values the development of China-Belarus ties, President Xi said he stood ready to work with President Lukashenko to jointly push forward a comprehensive strategic partnership between the nations and expand mutually beneficial cooperation in various fields, so as to create new benefits for the two countries and peoples.