President Xi Jinping on Monday visited a Tibetan rug-making company in Xining during his inspection tour in Northwest China's Qinghai Province. There, he learned about the company's successful story of using quality local materials and new designs, which help create jobs and increase the income of locals. 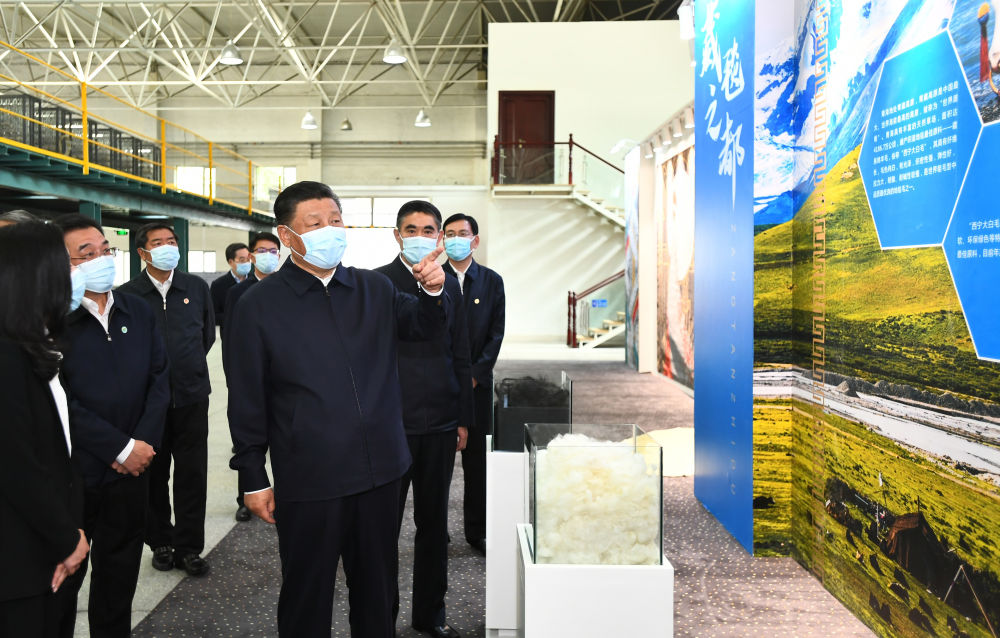 Handmade Tibetan rugs are the flagship product of the company. They have a history of thousands of years, combining Chinese and Tibetan culture in their ingenious designs. In 2006, the handicraft of making Jiaya Tibetan rugs was enlisted in the first batch of national intangible cultural heritages.

President Xi has demonstrated an enduring interest in the protection and development of intangible cultural heritages.

At the Guangzhou Cantonese Opera Art Museum, Xi spoke to the audience and amateur performers and told them to preserve the Cantonese Opera. In Hangzhou, Zhejiang Province, Xi watched people stir-fry Longjing tea leaves and encouraged them to pass on the skill. In Chaozhou, Xi called the city’s embroidery, opera, and wood carvings precious treasures of Chinese culture.

Xi Jinping inspects Guangdong on October 12, 2020. The photo was taken when Xi Jinping visited the Guangji Building in Chaozhou City, and learned about the inheritance of intangible culture heritages and the development of cultural and tourism resources.

Xi said more efforts should be put in the protection and inheritance of intangible cultural assets in order to let them shine.

Since the 18th CPC National Congress in 2012, China has launched a nationwide effort in the digging and making use of intangible cultural heritages.

So far, more than 100,000 projects have been enlisted in the country’s list of intangible cultural heritages that covers the national, provincial, municipal and county levels. Educational programs at school, live-streaming of products on e-commerce platforms, and pop-up exhibits in tourism sites have further increased the awareness for intangible cultural heritages among people. 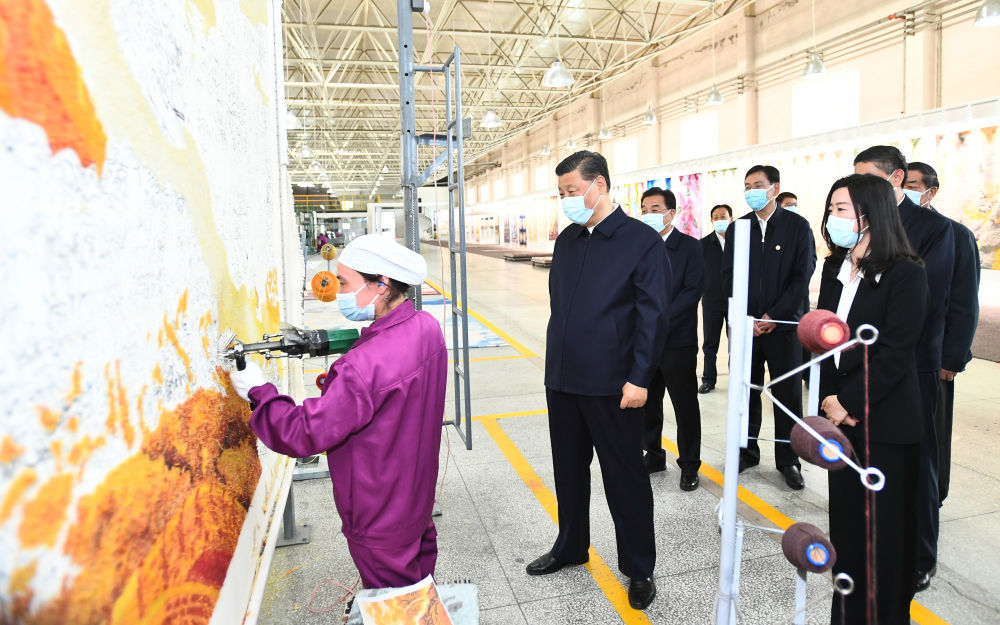 In August 2019, Xi inspected Dunhuang, a city that’s more than 2,000 years old located in West China’s Gansu Province. There, he gave prominence to the protection of national quintessence and intangible cultural heritages, and the study of the history and culture of ethnic minorities, so as to forge a strong sense of community of the Chinese nation.

On April 27, when he visited a cultural exhibit of the Zhuang ethnic group at an ethnography museum in Nanning, Xi called on people of all ethnic groups to make progress hand in hand to create a bright future.

Xi once said excellent traditional Chinese culture is the lifeblood of China and an important source of socialist core values, as well as a foundation for China to compete in the world.