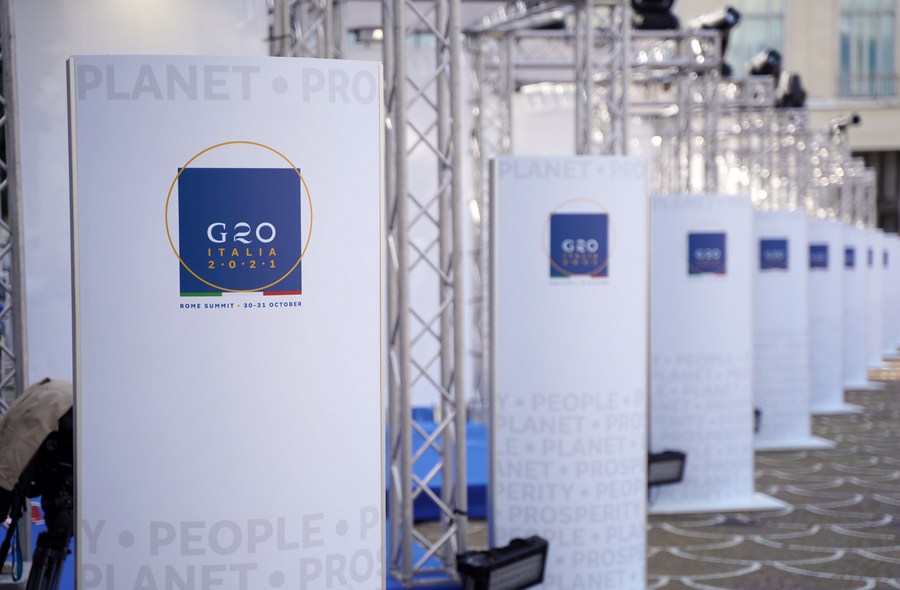 Signs of "G20 Italy 2021" at the media center of the G20 Heads of State and Government Summit in Rome, Italy, on October 28 (Photos: Xinhua)

Global economic governance should be based on equality, embrace openness, be driven by cooperation, and be a mechanism of sharing, Chinese President Xi Jinping has said while advocating a fair, open, comprehensive and innovative development path.

The following are some highlights of his statements in this regard. 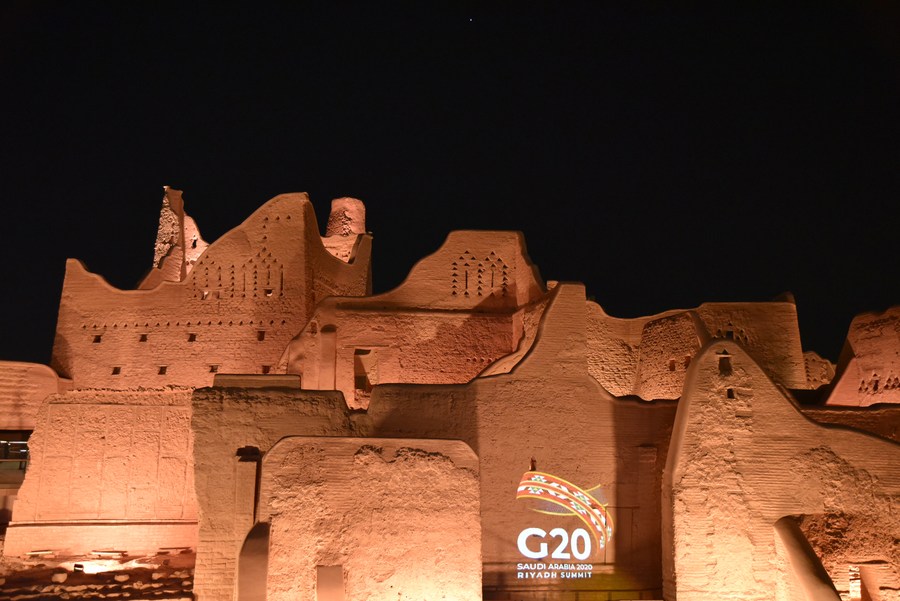 The logo of Group of Twenty (G20) is projected at a historic site in Diriyah, on the outskirts of Riyadh, Saudi Arabia, on November 20, 2020.

In a speech delivered at the G20 Riyadh Summit via video link, Xi urged the G20 to strengthen the UN-centered international system, work for better governance structure of economic globalization, and promote the sound growth of digital economy and jointly nurture a digital development environment that is open, fair, equitable and nondiscriminatory.

He also said that the G20 should uphold multilateralism, openness, inclusiveness, mutually beneficial cooperation, and keep pace with the times. 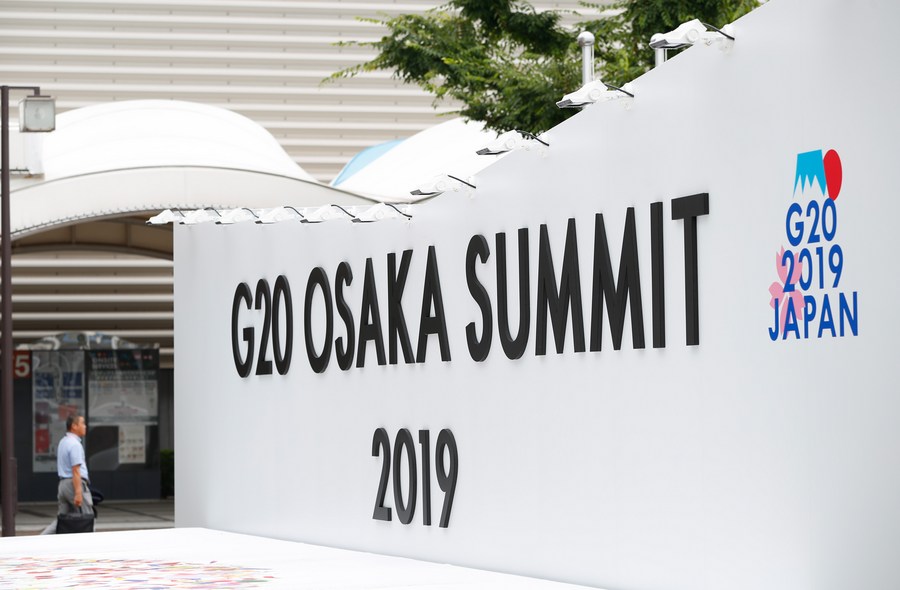 In his remarks at the 14th G20 summit held in the Japanese city of Osaka, Xi put forward a four-point proposal.

He encouraged the G20 to stick to reform and innovation and explore driving force for growth, keep pace with the times and improve global governance, actively tackle challenges and remove development bottlenecks, and uphold the spirit of partnership and properly address differences. 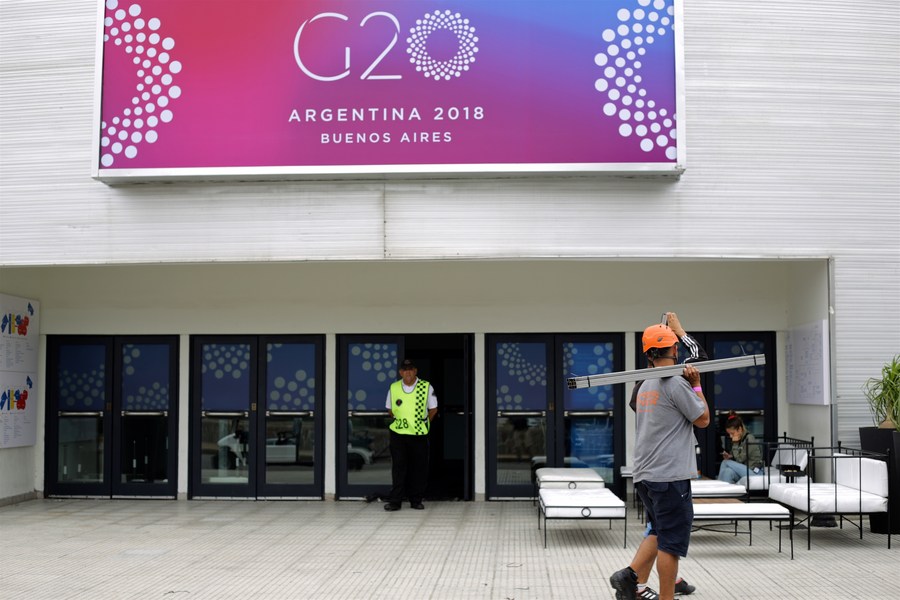 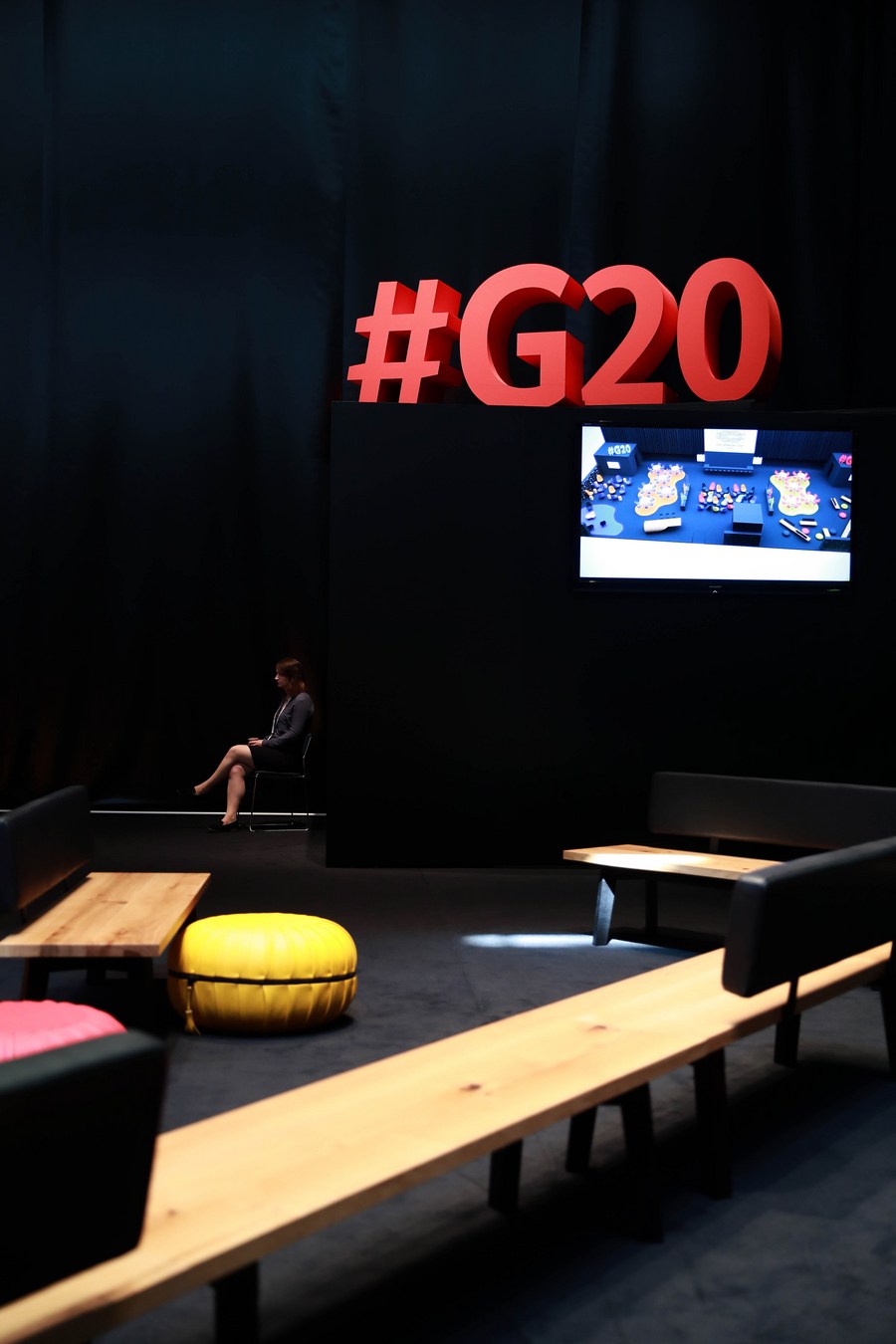 A woman works in the International Media Center of the G20 Summit in Hamburg, Germany, on July 6, 2017.

Xi, in his remarks at the G20 held in the German city of Hamburg, called for building an open world economy and supporting the multilateral trading regime, underscored the role of innovation and development in boosting global growth and called on the international community to find new growth drivers.

He also urged the BRICS members to unswervingly promote the building of an open world economy, multilateralism and common development, and improve global economic governance and consolidate the role of the G20 mechanism as the premier platform for international economic cooperation.