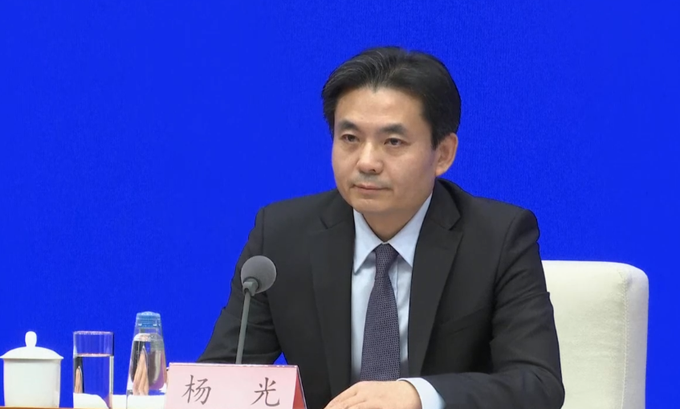 File photo of Yang Guang, a spokesperson for the Hong Kong and Macao Affairs Office of the State Council

BEIJING, Nov. 15 (Xinhua) -- President Xi Jinping's latest remarks on the Hong Kong situation are the strongest voice from the central government on the work of ending violence and chaos in Hong Kong, a spokesperson said Friday.

Xi's remarks on Thursday in Brazil have pointed the way to stabilizing the situation in the Hong Kong Special Administrative Region (SAR), said Yang Guang, a spokesperson for the Hong Kong and Macao Affairs Office of the State Council.

The president's words came as the disturbances in Hong Kong have lasted more than five months and radical violent crimes have been escalating recently, the spokesperson said.

His remarks are a strong support to the Hong Kong SAR government led by Chief Executive Carrie Lam, a great inspiration to Hong Kong residents, and a stern warning to the rioters and their backroom supporting forces, Yang said.

The spokesperson pledged various means of supporting and encouraging the Hong Kong people from all walks of life to build up "overwhelming positive energy" in countering violence and safeguarding rule of law, for the end of chaos and the restoration of social stability in Hong Kong as soon as possible.

"The central government and 1.4 billion people of China will always be the strongest backing for Hong Kong to overcome any challenges and risks," he said.