The 2018 FIFA World Cup has kicked off in Russia on Thursday. As an avowed soccer fan, President Xi Jinping has said he has three World Cup dreams for China: to participate once again in the World Cup finals, to host the World Cup finals and to be World Cup winners. China last qualified for the final stages in 2002. Here's a look at Xi's soccer diplomacy. 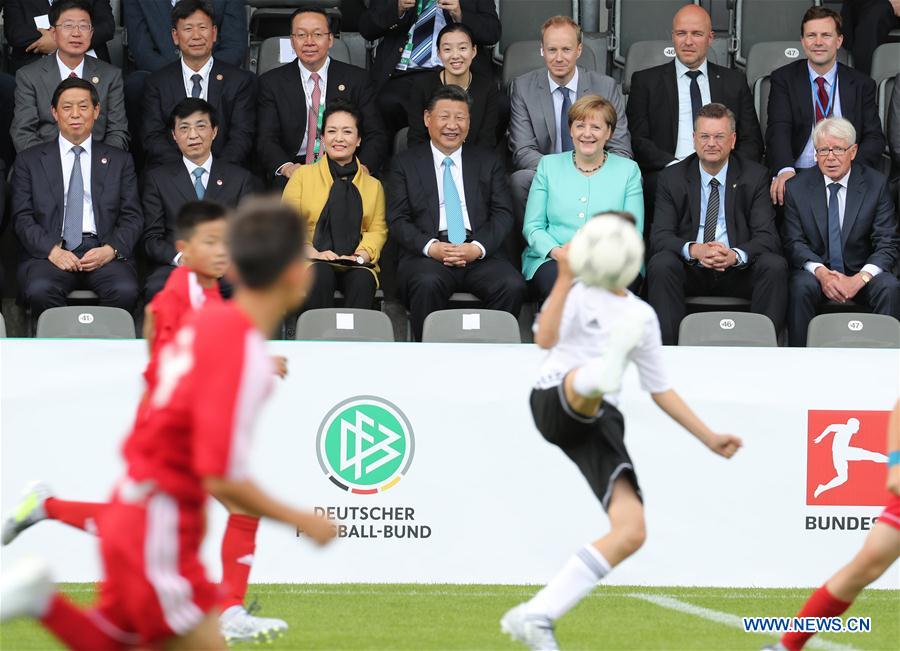 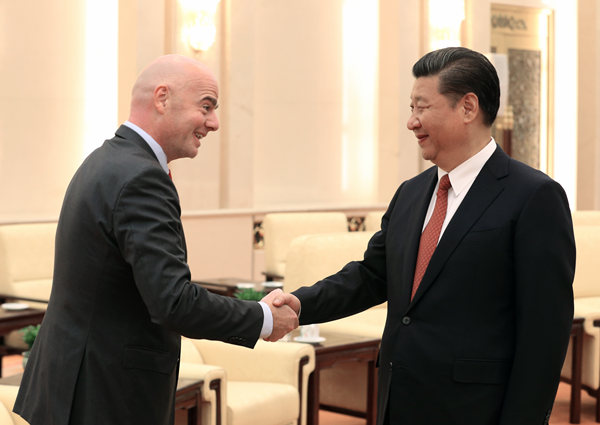 President Xi Jinping meets with FIFA President Gianni Infantino at the Great Hall of the People in Beijing.China and FIFA vowed to deepen cooperation, as President Xistressed the goal of gradually raising the level of Chinese soccer. 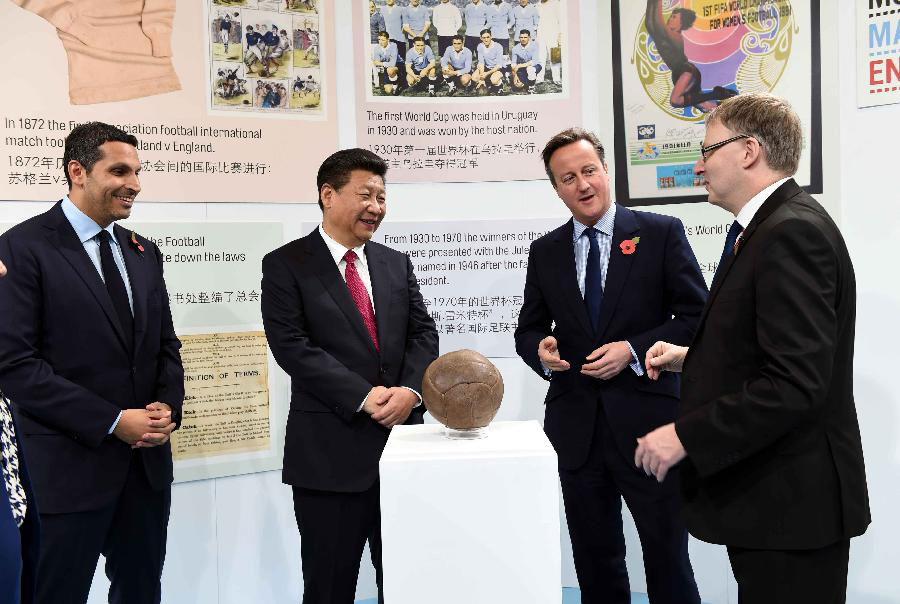 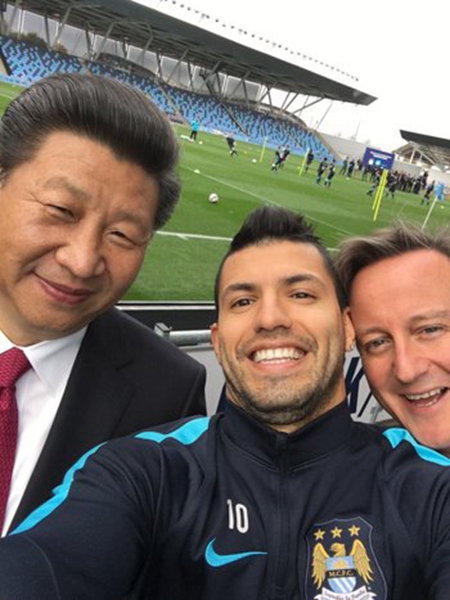 Manchester City star Sergio Aguero takes a selfie with Xi and Cameron and posted it on the social network, saying "Thank you for the selfie, President Xi." 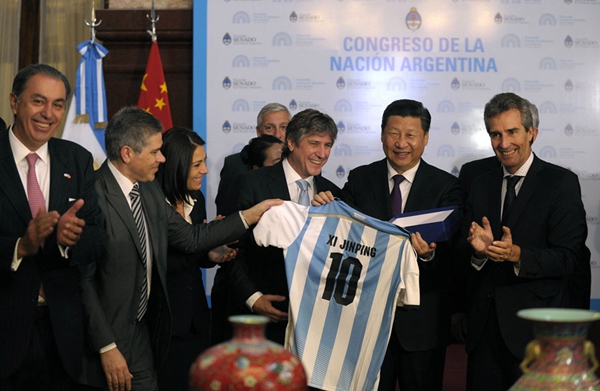 Xi receives a jersey bearing his name from Argentina's then-vice-president Amado Boudou during his visit to the Latin American country in the capital city of Buenos Aires. 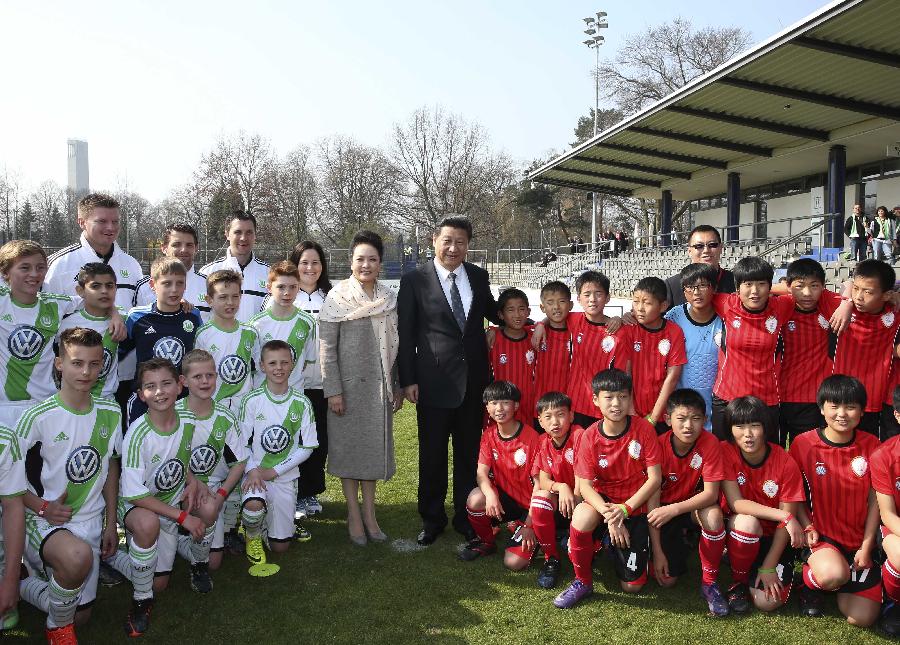 President Xi Jinping and his wife Peng Liyuan pose for a group photo with Chinese little soccer players and their German peers from the Wolfsburg club in Berlin, Germany, March 29, 2014. 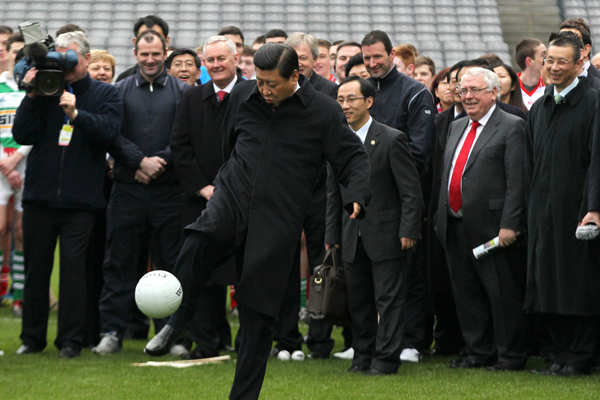 Xi Jinping kicks a Gaelic soccer ball during a visit to the headquarters of the Gaelic Athletic Association at Croke Park Stadium in Dublin, Ireland. 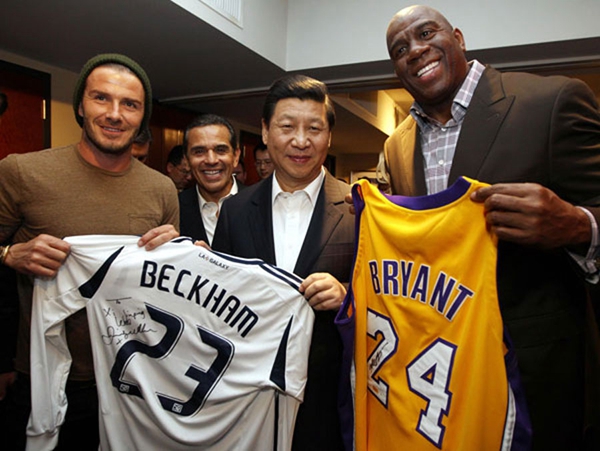 Xi Jinping, the then-vice-president, receives a Los Angeles Lakers basketball jersey signed by NBA star Kobe Bryant and a LA Galaxy soccer jersey bearing David Beckham's autograph. Beckham and former Lakers' star Earvin 'Magic' Johnson presented the jerseys to Xi when he went to watch an NBA game in LA during a visit to the US. 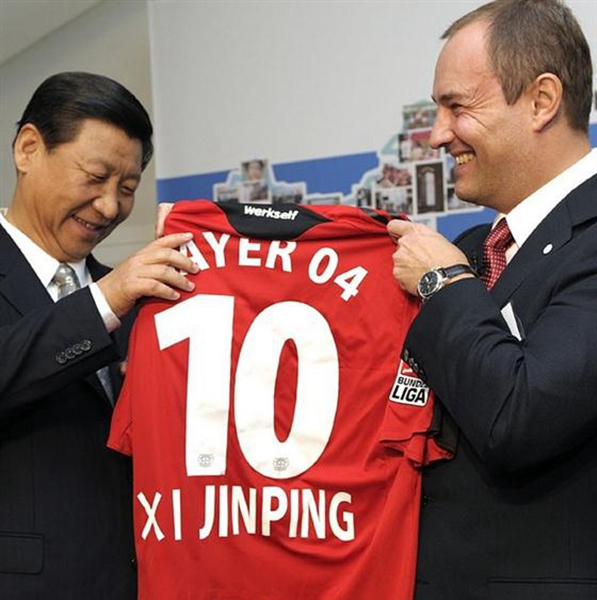