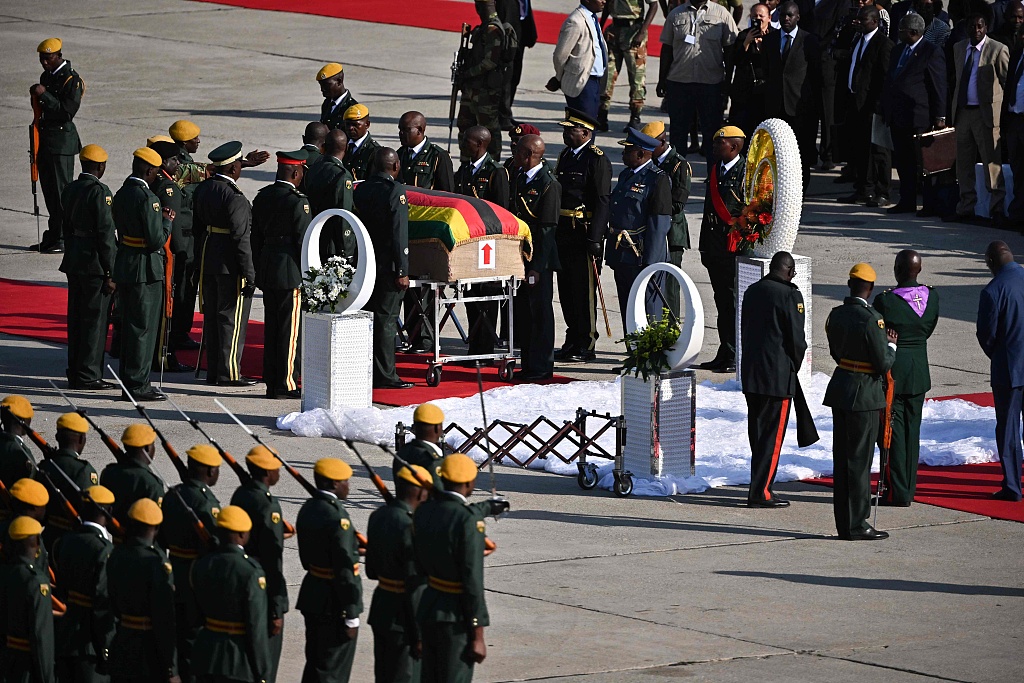 Pall bearers pay their respects by the casket of late Zimbabwean President Robert Mugabe as its arrives in Harare on September 11, 2019. (File photo: VCG)