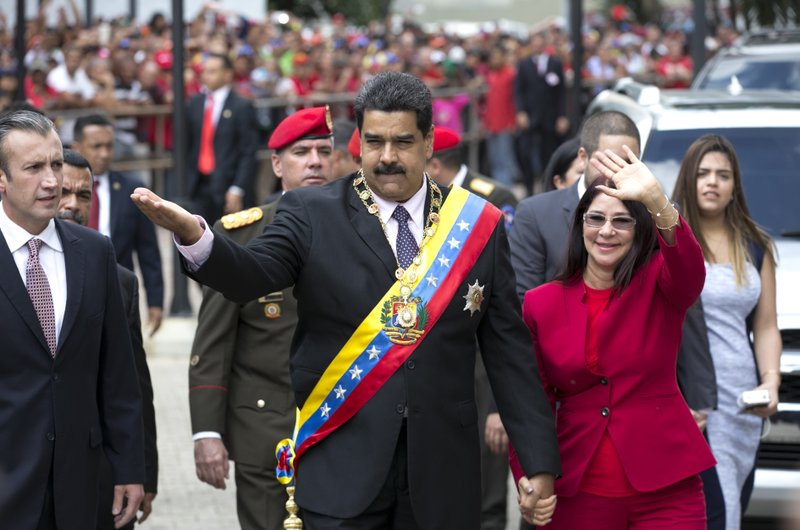 Venezuela's President Nicolas Maduro and first lady Cilia Flores wave to supporters upon arrival to the Supreme Court where Maduro will give his annual state of the nation report in Caracas, Venezuela, Sunday, Jan. 15, 2017. (Photo: AP)