BEIJING, July 20 (Xinhua) -- A speech by Xi Jinping, general secretary of the Communist Party of China (CPC) Central Committee, at a grand ceremony marking the centenary of the CPC has been published in six foreign languages by the Central Compilation and Translation Press. 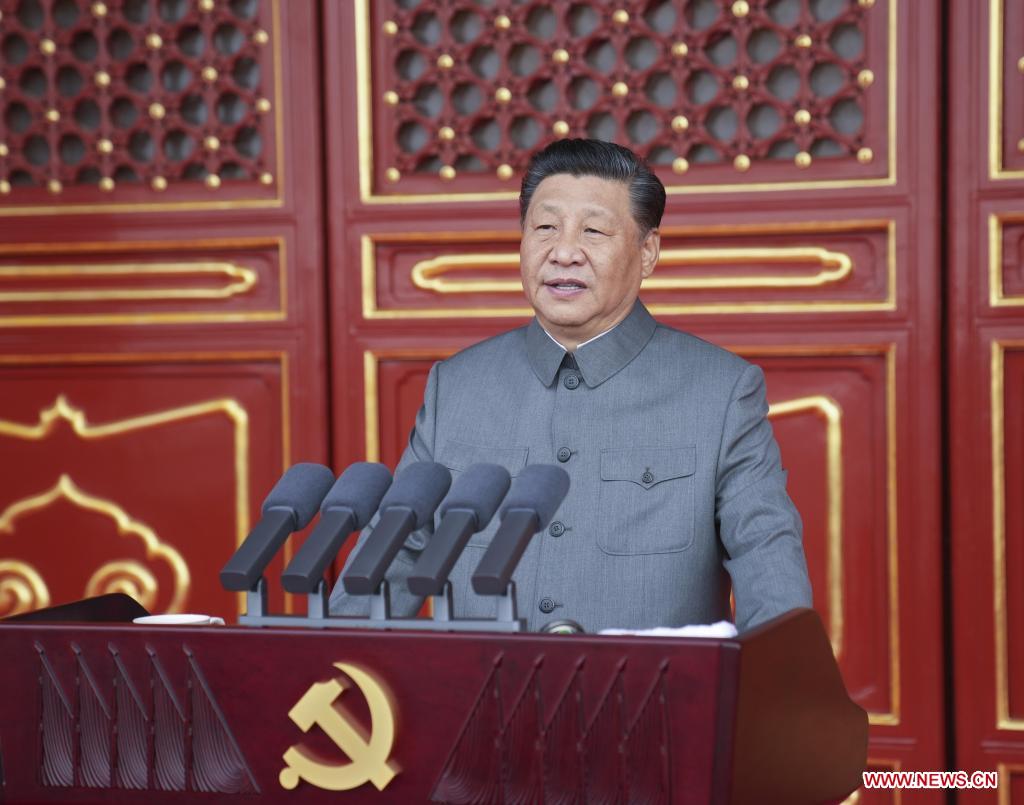 Xi Jinping, general secretary of the Communist Party of China (CPC) Central Committee, Chinese president and chairman of the Central Military Commission, delivers an important speech at a ceremony marking the centenary of the CPC in Beijing, capital of China, July 1, 2021. (Photo: Xinhua)

Xi, also Chinese president and chairman of the Central Military Commission, gave the speech in Beijing on July 1.

The six versions in Russian, French, Spanish, Arabic, Japanese and German are translated by the Institute of Party History and Literature of the CPC Central Committee.

The publication will help readers gain better knowledge of the journey and achievements of the CPC uniting the Chinese people and leading them in tireless struggle, the great founding spirit of the Party, the new and uniquely Chinese path to modernization and the new model for human advancement the Party has pioneered, as well as the shared human values of peace, development, fairness, justice, democracy, and freedom the Party promotes.