Xi's speech at key education campaign meeting to be published

BEIJING, June 30 (Xinhua) - The speech by Xi Jinping, general secretary of the Communist Party of China (CPC) Central Committee, at a key meeting on May 31 to launch a campaign themed "staying true to our founding mission" among all Party members will be published Monday in the 13th issue of the Qiushi Journal. 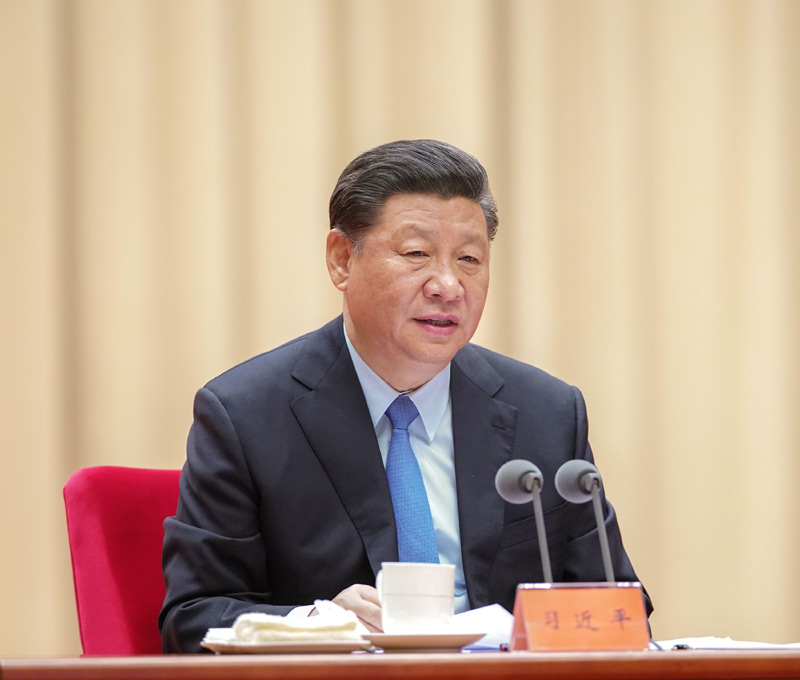 Xi, also Chinese president and chairman of the Central Military Commission, noted in the speech that seeking happiness for the Chinese people and rejuvenation of the Chinese nation is the Party's original aspiration and mission, and the fundamental driving force behind the heroic fight of generations of CPC members.

The Party's fundamental purpose of whole-heartedly serving the people and its historic mission of realizing national rejuvenation should be kept firmly in mind, according to the speech.

The campaign should adhere to high standards and strict demands, push Party members to rectify and adjust themselves with a clear purpose, avoid the practice of formalities for formalities' sake and bureaucratism, and help solve major problems that the people are strongly concerned about, said Xi in the speech.

The fundamental task of conducting in-depth studies on and implementing the thought on socialism with Chinese characteristics for a new era, forging the political character of loyalty, integrity and a keen sense of responsibility, and uniting the Chinese people of all ethnic groups and leading them to strive together for the realization of the great dream should be firmly grasped, in order to make sure the campaign has its desired effect, Xi said.