CHINA Xi's Stories: 'Communists shouldn’t think only of themselves'

Xi's Stories: 'Communists shouldn’t think only of themselves'

In the early 1980s, Xi Jinping was sent to work as deputy secretary and then secretary of the CPC Zhengding County Committee in North China’s Hebei Province. There, in addition to his diligence and dedication to work, his simplicity and frugality also left a deep impression on his colleagues.

With the majority of his time devoted to serving local people, he lived a simple life and paid little attention to food and clothing for himself. 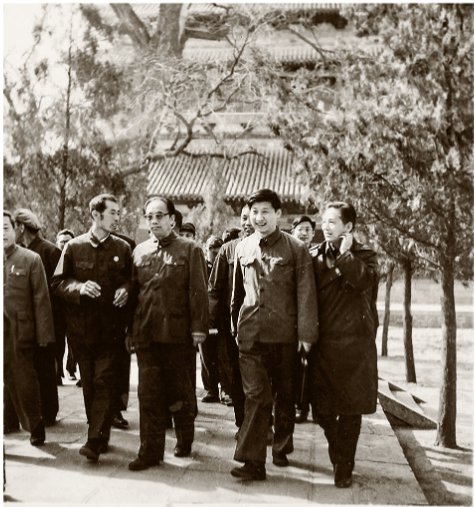 According to Cui Shixin, who worked in the local Party Committee Office at that time, Secretary Xi usually wore an old green military uniform, and a gray suit was his only “decent” clothing, which was also quite old. He seldom wore it.

“None of his clothes were ‘high-end goods’. He always wore the same clothes as we did,” Cui said.

Living conditions were really hard in Zhengding at that time, said Wang Youhui, the then deputy county magistrate. Neither the county Party Committee nor the county government had a place to bathe.

As the secretary of the county Party Committee, Xi could go to the government hostel for a bath, but he never sought such personal privileges. “He was always very self-disciplined and wiped himself with water in his office during hot days,” Wang said.

Xi's spirit of hard work and plain living also shined in other aspects of his life. The bed he slept on was made of a board and two benches, which was 1.2 meters wide and around two meters long.

When focusing on his work, Xi always missed meals in the canteen, so there were only cold steamed buns left. Sometimes he ate biscuits and canned goods in his office. If there was nothing to eat, he just went to sleep.

Owing to his irregular diet, Xi once suffered from stomach illness and was hospitalized. When his colleague visited him at the hospital, he said, “I’m fine, don’t worry about me. We Communists shouldn’t think only of ourselves. If we think more about ourselves, we will be further and further away from serving the people wholeheartedly.”