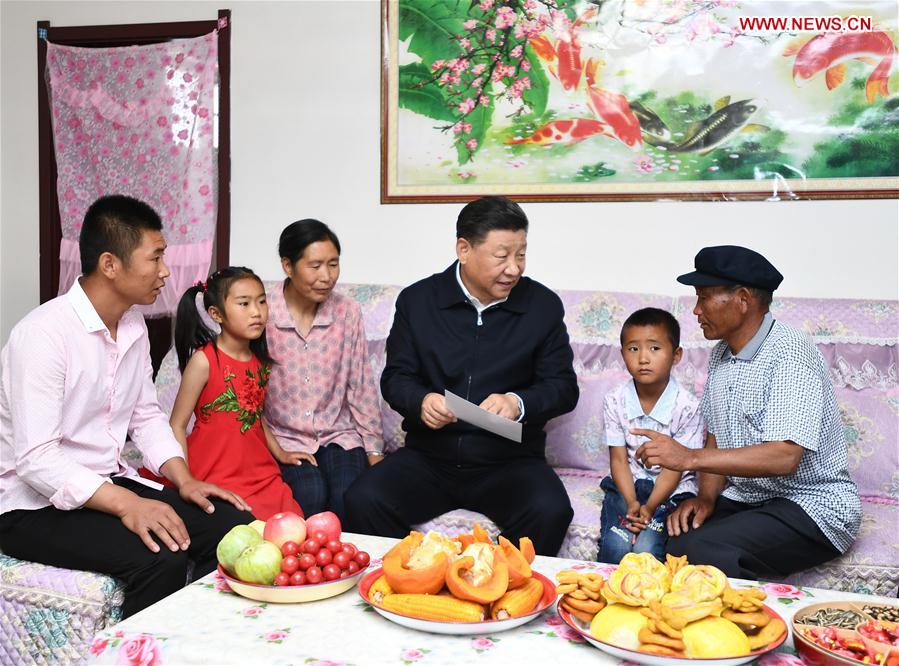 Over 4,500 people from 1,300 households in 8 villages had already resettled in the new village, where water was adequate, roads were built, and education and medical care were accessible.

Most relocated people had risen from poverty, marching toward prosperous lives.

Despite the gratifying results, Xi urged the officials to give prominence to addressing the issues that have a direct bearing on people's well-being, including access to compulsory education, basic medical services and safe housing, while ensuring they have adequate food and clothing.

He walked into an elementary school and asked students, "How far is it from home to school?" "Where do you have lunch?" "What classes do you have?"...

He inspected the Service Hall of the Party, and asked the staff about the implementation of various policies and public services. He also asked, "How many clinics are there in the village?" "Are they all general practitioners?"

He walked into the house of villager Li Yingchuan, turning on the kitchen faucet and pressing the toilet switch, to see how people were faring.

Li told Xi that thanks to government subsidies and long-term loans, he was able to move into a brand new house of over 90 square meters. His children were going to school nearby and they were applying to build five greenhouses.

Showing Xi a photo of their dilapidated old house, Li said that his family has nothing to complain about now. Their life is getting better and better!