The expression “Jiageng spirit,” taken from Tan’s Putonghua name, is revered by many Xiamen residents.

Xi Jinping served as chairman of the board of Jimei University when he worked in Fujian. From 1999 to 2001, Xi, then acting governor and governor of the province, visited Jimei seven times including attending three board meetings and four field investigations. 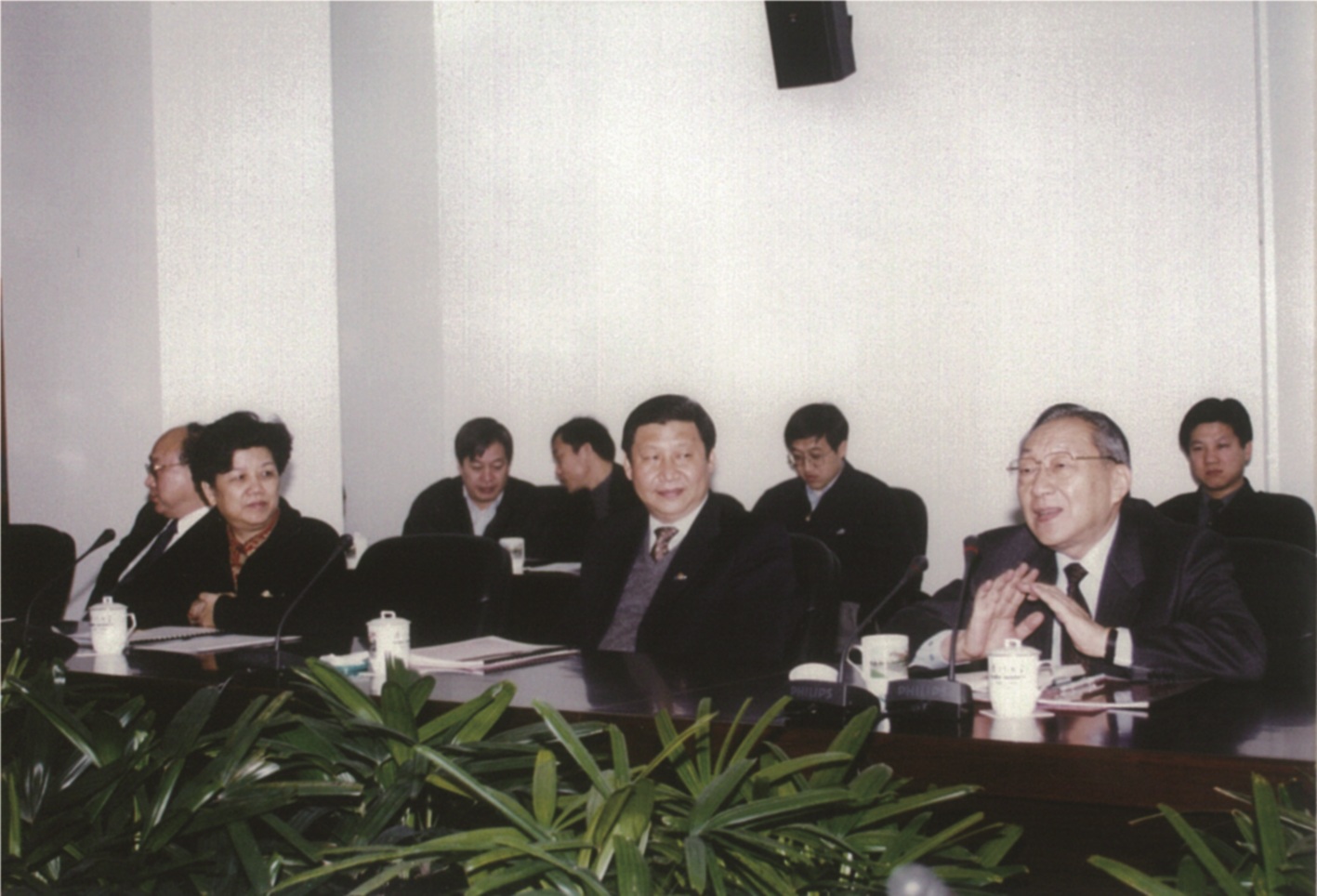 Xi (front row, middle) participated in a symposium with teachers and students held by the Ministry of Education at Jimei University in December 2001. (Photos: Xi Jinping in Xiamen)

“Xi has several outstanding characteristics, such as conscientiousness and paying attention to research,” said Ren Jingbo, then deputy secretary general of Jimei University School Board.

“Xi is so unpretentious that he never reads his speech as if he were exchanging ideas with everyone on an equal footing,” he added.

On October 17, 1999, Xi delivered a speech at the first meeting of the executive board of Jimei University.

He called on the board to encourage all patriots at home and abroad who cared about Jimei to support the university in improving its operating conditions, speeding up infrastructure construction and deepening educational system reform.

“He always came to the school to do research and survey before every school board meeting,” Ren said.

On August 14, Xi came to Jimei University to investigate, five months before the school board meeting was held.

During the board meeting in 2001, Xi advocated frugality and ate buffet meals with the staff.

At the buffet, he also took advantage of the opportunity to chat with the other board members, Ren said.

On the day before Teachers Day in 2002, Xi made a special trip to Jimei University to see teachers and had a discussion with teachers' representatives. After the symposium, Xi visited Liu Cuiqin, who was his teacher at Tsinghua University in Beijing. 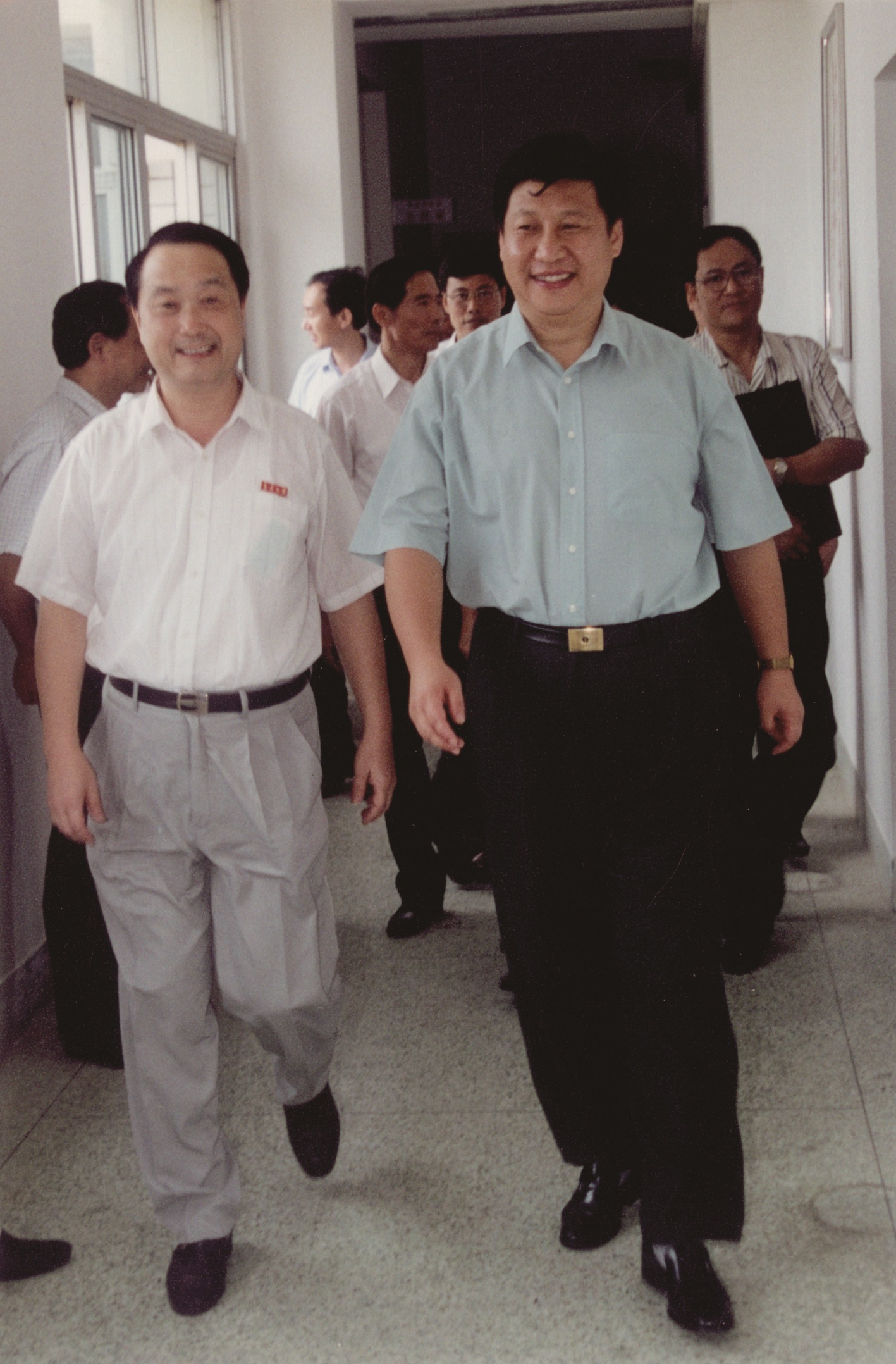 Xi made an inspection tour at Jimei University on Teacher's Day in 2002.

Liu was living on the fourth floor of a dormitory building in Jimei. When there was no elevator, Xi took the stairs and sent flowers to his teacher to express his sincere thanks.

After resigning as board chairman, Xi retained an interest in the affairs of Jimei. On several subsequent occasions when he met Jimei graduates, Xi mentioned serving as the chairman of the school board.

October 2014 marked the 140th anniversary of the birth of Tan Kah Kee. In September that year, Ren wrote a letter to Xi in the name of the Jimei Alumni Association and received a reply the following month.

In his reply Xi wrote, “I worked in Fujian for a long time, thus have personal feelings for Mr. Chen Jiageng's contribution to the motherland, especially for his home Fujian.”

Ren said he thought the most important thing for Xi about “Jiageng spirit” was a concern for the common people.

During his 17 years working in Fujian, Xi's leadership and work style impressed Ren. When Xi served as secretary of the Communist Party of China (CPC) Ningde District Committee, which used to be a poor area in Fujian, he visited all nine counties in the region in more than a month.

“Some counties in Ningde were extremely remote, such as Shouning and Zhouning, which even county level cadres had rarely been to, but Xi went.”

Xi said, "The people's desire for a better life is the goal we strive to realize.”

(Compiled by Wang Pengda and edited by Zhang Jian. Story and photos from Xi Jinping in Xiamen, a book about Xi's experience as a municipal official published in early 2020 by the Party School of the CPC Central Committee Publishing House.)