'Your craft is very precious and meaningful' 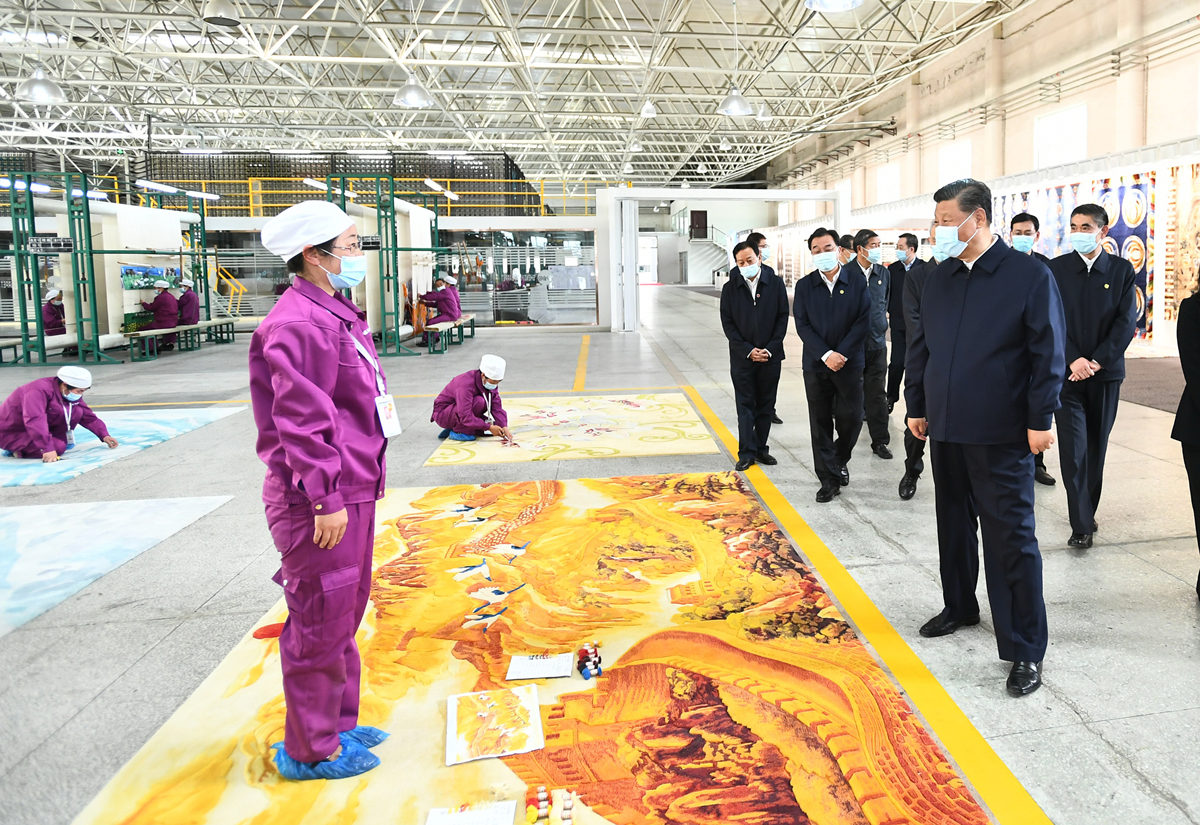 President Xi Jinping visited a Tibetan rug-making company during his inspection tour of Qinghai Province on June 7. Craftsman Yang Yongliang — who has been named an official "inheritor of national intangible cultural heritage" for his mastery of Jiaya rug-making craftsmanship — was teaching his apprentice.

"Is your skill inherited? How many generations has it been passed down?" Xi asked, stopping to chat with Yang. 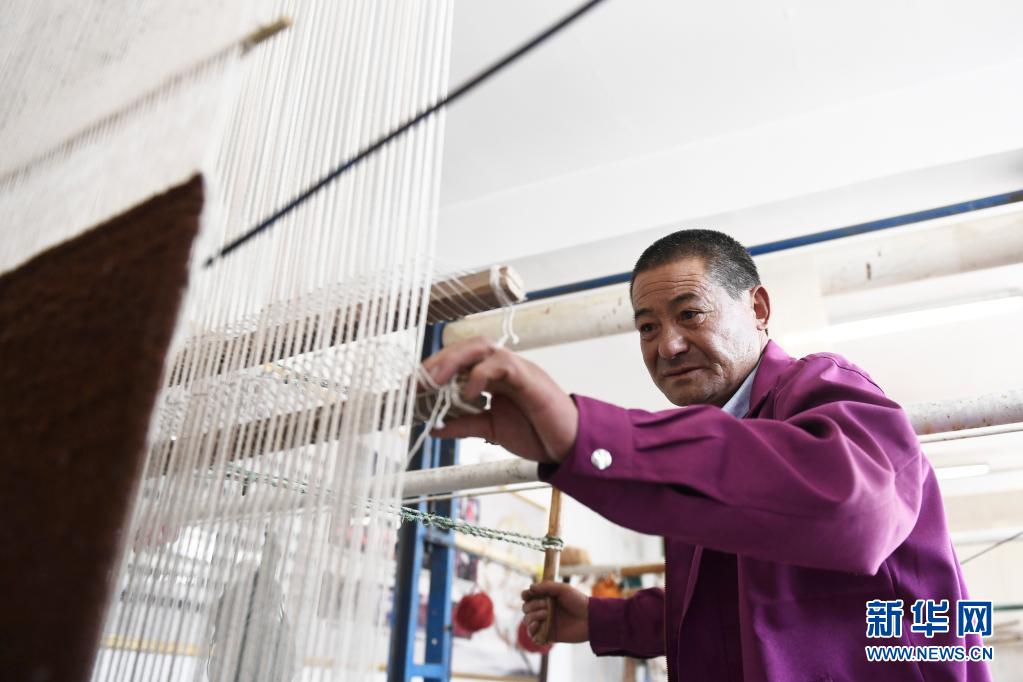 "I'm the seventh generation. I learned wool washing and twisting from my father since I was 8 years old."

"How long does it take to weave such a Tibetan rug?" Xi asked.

"Doing it alone, it takes about a month."

"Your craft is very precious and meaningful. We must pass it on," Xi said, encouraging Yang. 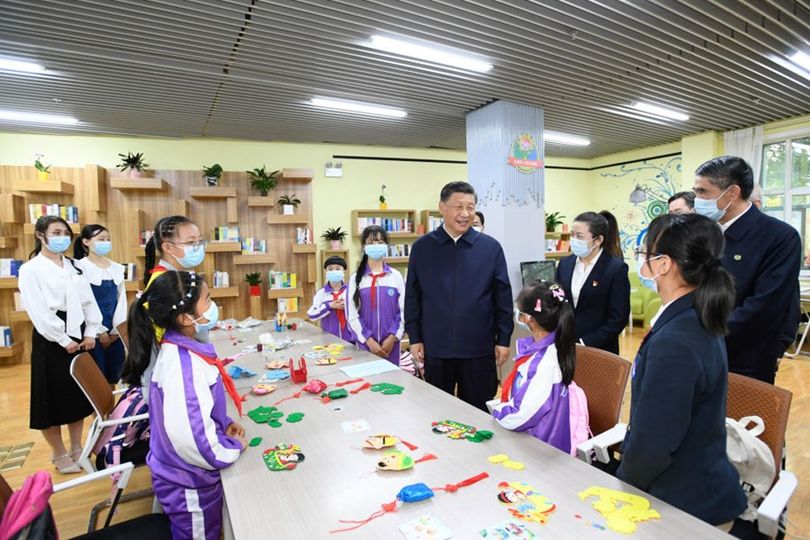 On the afternoon of June 7, Xi visits a residential community on Wenhui Road in Xining city to learn about the non-profit after-school care services provided by the community for teenagers. (Photo: Xinhua)

Xi visited a residential community on Wenhui Road in Xining, capital city of Qinghai Province on June 7. In the reading room of the community service center, children, having just finished school, were doing their homework at a so-called "4:30 class."

"Children need to be taken care of after school," Xi said.

"First of all, schools must take responsibility. They must not count on society to deal with students' extra-curricular time. Teachers in school must take care of students' study. We must not let off-campus training sessions overshadow on-campus teaching. Now education authorities are rectifying such problems," Xi said.

"Of course, if children still have time and energy to come to the community center to do something in line with their interests, it'll be a very good activity," Xi added.

'We all work together to pursue a better life' 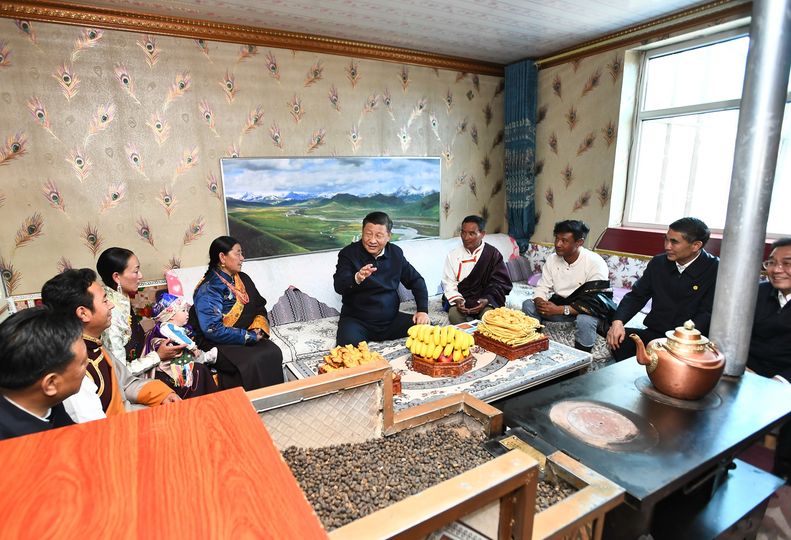 "It has been 100 years since the founding of the Communist Party of China. It is not easy for our party to grow, to establish and to build a New China. Why do the people wholeheartedly support the CPC? Because our Party always serves the people heart and soul and strives for the well-being of all ethnic groups," Xi said.

"During the Long March, the Red Army passed through the areas inhabited by ethnic minority groups. They were like brothers and sisters, leaving myriad beautiful stories," Xi continued. "Now, our cadres at all levels of the Party will ask the villagers what kind of good life they want. We all work together to pursue a better life." 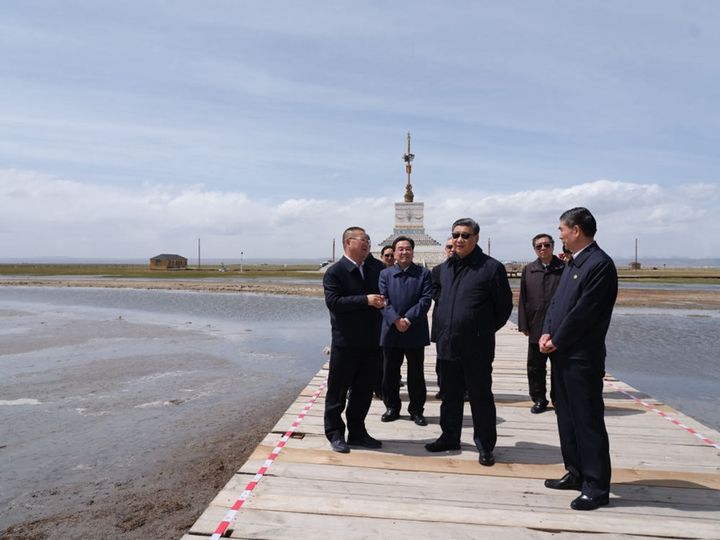 Xi inspected Qinghai Lake on June 9 during his tour in Qinghai Province. He was briefed about the comprehensive environmental protection efforts made by local authorities, including adopting a holistic approach to managing mountains, rivers, forests, fields, lakes, grasslands, desert and glaciers.

"I notice that you have added the word 'glacier', which means Qinghai's ecology is quite particular. After all glaciers can't be seen everywhere," Xi said to local officials.

In August and September 2014, Xi gave important instructions on ceasing the destructive mining in the Qilian Mountains Nature Reserve and Muli mining area.

During his tour this time, Xi again stressed that the Muli illegal mining incident must be thoroughly addressed with no excuses. Such incidents must be investigated and dealt with rigorously so that they'll not be repeated in the future.