"January of 1969 was my first important step in life. I gained my first insights into life in Liangjiahe," President Xi Jinping said emotionally when he came back "home" to Liangjiahe on February 13, 2015. Liangjiahe - a humble village in the depths of the loess plateau in Northern Shaanxi Province - is where Xi spent seven years of his life, and was instilled forever in Xi's heart and memory. 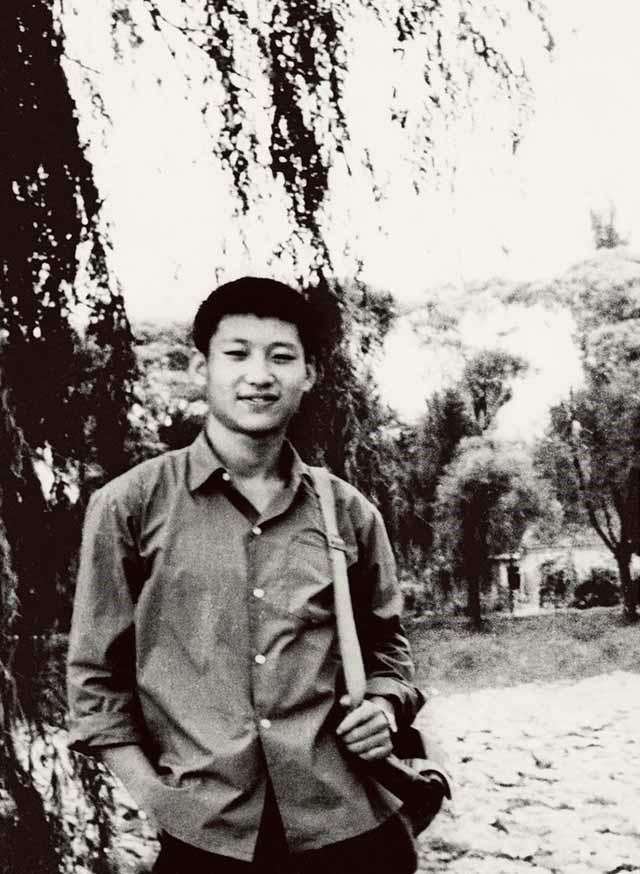 File photo taken in 1972 shows Xi Jinping returning home to Beijing to visit his relatives during his period of education in the countryside (Photo: Xinhua)

When Xi was 15, he came to Liangjiahe Village at a time when youth were sent to the countryside for rural work and life.

Still fresh in President Xi's memory were each hillock and stream, each person and event, and the five dams of Liangjiahe. Those dams continued to evoke the stories of Xi, about leading the village feed themselves in the face of harsh nature.

The "Urban Youth Silt Plot" was a leveled patch of land in the valley at Mugua Hill. Under the leadership of Xi, who was then Party secretary of the village, the villagers constructed arable plots out of the silty soil. That plot has continued to benefit the farming there.

With deep emotion, Xi recalled that, "We were so much into the construction work, and completely ignored the ill effects from the bone-freezing water." For quite some time, Xi suffered aches in his legs whenever it grew cold, an unmistakable result of working in that icy water.

Liangjiahe instilled an enduring conviction in Xi Jinping: Do real good for the people! Xi once said, no matter where he goes, he shall remain a son of the loess plateau.