The first big thing he tried to do was to help reduce the burden on farmers. 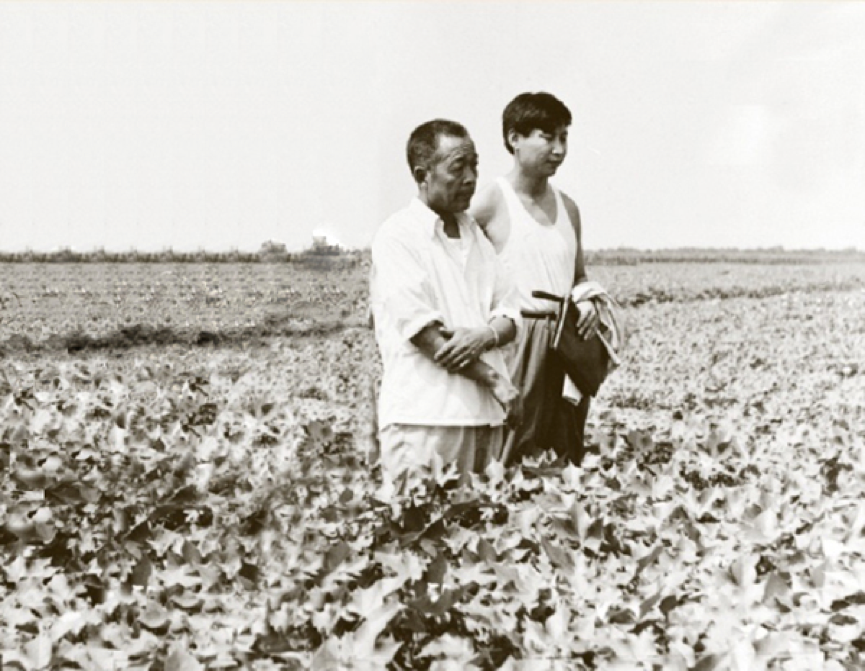 As a major grain producing county in Hebei, Zhengding turned in 38 million kilograms of grain to the central government every year, ranking the first in the whole province in grain requisition.

At that time, Chinese farmers had to pay taxes in grain to the government. In 2006 China exempted farmers from the agricultural tax.

Xi, however, spotted latent problems behind the impressive numbers. From his investigative trips to the countryside, Xi realized that although grain output was high, the farmers still couldn’t feed themselves. Sometimes they had to buy yams from neighboring counties.

He pointed out the problem to other local officials, saying that Zhengding was a county with “high grain output but low living standards.”

At the time, high levels of grain requisitions were an important indicator of economic growth and a crucial condition to mark a county’s development. No one dared to raise an objection. Xi, however, didn’t chose to be silent.

Together with Lyu Yulan, deputy secretary of the county’s Party committee, he wrote a letter to the central government, reporting that the excessive grain requisition burdened the farmers in Zhengding.

Soon afterwards, a joint investigation team was sent to Zhengding. After verifying the situation, the higher authorities reached a decision to reduce Zhengding’s amount of grain requisition from 38 million kilograms to 24 million kilograms. It was a remarkable change.

The people’s good life should be prioritized over the laurel of “high-yield county,” Xi said.

In 1983, Xi got promoted, becoming the secretary of the CPC Zhengding County Committee.

That year, the county held a meeting to adjust the grain production plan. They decided to appropriately reduce the area of grain crops and increase that of other crops. That year, 113 square kilometers of “Zhongmian No. 10,” a new type of cotton, was planted, and the agricultural output value doubled in one year. The per capita income of farmers increased from 148 yuan ($21) to more than 400 yuan.

Since then, the living standards of the people in Zhengding county steadily improved. Clothing and food were no longer a problem. When witnessing the change, Cheng Baohuai, who was head of the county then, expressed sincere gratitude to Xi. "You have done a great thing for the people of Zhengding, and the people will never forget you," Cheng said.

(Compiled by Huang Jingjing and Bai Shenhao; Source: Xi Jinping in Zhengding County, a book about Xi's experience as a county official. Featuring interviews mainly with Xi's colleagues at that time, the book was published by the Party School of the Central Committee of CPC publishing house in March 2019.)