In 1985, China approved expanding the Xiamen Special Economic Zone (SEZ) to the whole Xiamen island. In the summer of that year, Xi Jinping was assigned to Xiamen as vice mayor of the island city, leaving Zhengding County in Hebei. 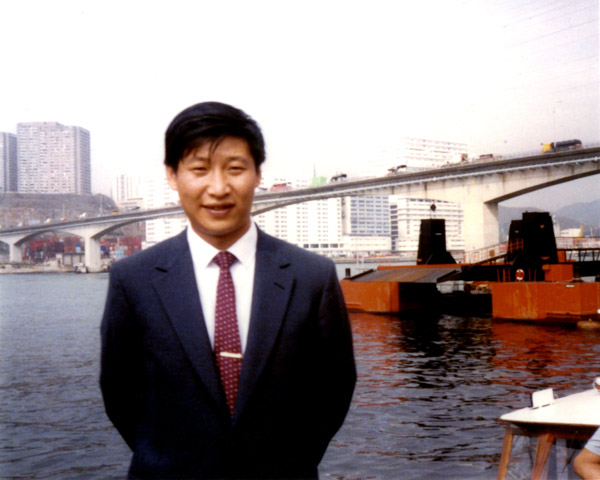 In Xiamen, he led a series of ground-breaking reforms, which greatly boosted the local economy, recalled Zhu Lishui, then deputy director of the Xiamen Municipal Reform Commission.

Shortly after he came to Xiamen, Xi inspected Xiamen Port and found that there were only two traveling cranes. Each could only handle 35,000 TEU (twenty-foot equivalent units) a year, less than a third of the ones in Hong Kong.

After several field investigations, he knew that inadequate transportation, imperfect facilities and an incomplete operating process were the main reasons behind the low profits of the port.

Low profits or deficits were common for most state-owned enterprises in the city.

“Xi told us that the government wouldn’t take away one penny of our profit. But he asked us to improve the facilities first once we made profits,” an elder harbor officer said.

Xiamen took the lead nationwide to introduce the separation of profit from taxes, aiming at helping state-run businesses keep their profits after paying taxes to aid their development.

In 1986, Xiamen was designated as one of the first pilot cities for institutional reform in China. Xi led a series of administrative system reforms there.

People soon found that Xi, usually modest and easygoing, was decisive and resolute on reform.

“The SEZs were born with the task of reform, and we must shoulder this responsibility,” Xi reiterated in many different occasions.

In 1987, all eight industrial bureaus were cut off in the municipal government. Many institutions with similar functions were cut or downsized and the administrative examination and approval process was simplified.

By carrying out a series of bold and pioneering reforms, Xi had greatly invigorated Xiamen’s economic and social development.