The toilet problem is no small matter, but a fundamental aspect of people’s quality of life, and an important part of urban and rural civilization. 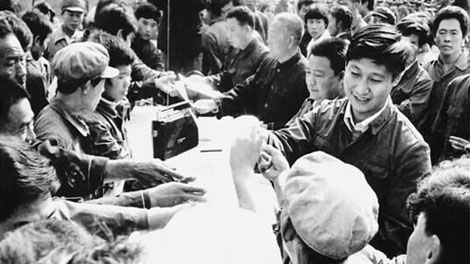 President Xi Jinping has several times given key instructions on the “toilet revolution” campaign, calling for continued efforts to upgrade the country's toilets. More than 30 years ago, he carried out a campaign to upgrade toilets in Zhengding County, North China’s Hebei Province.

In the early 1980s, Xi worked as deputy secretary and then secretary of the county’s CPC Committee. At that time, toilets next to pigsties were common in rural areas, posing hygiene risks to people. Shortly after he came to Zhengding, Xi began working on separating the toilets and the pigsties in the rural households to improve the hygiene conditions.

The county government first planned to apply a sweeping approach by going to farmers’ houses and forcing them to build toilets away from the pigsties. Xi felt that doing it in a forceful way would raise people’s opposition. Instead, he carried out pilot projects in two villages, which were well received.

Then Xi used the example of the two villages to make people accept the idea gradually. By applying the method Xi had suggested, the county steadily pushed forward the project and yielded good results.

"It was cold at the time, but Xi, wearing a military coat, examined the project house by house in villages," recalled He Zai, then an official from the central government who inspected Zhengding in 1982 and saw Xi personally supervising the separation of toilets and pigsties.

(Compiled by Zhan Huilan and Cao Mengqi; Source: Xi Jinping in Zhengding County, a book about Xi's experience as a county official. Featuring interviews mainly with Xi's colleagues at that time, the book was published by the Party School of the Central Committee of CPC publishing house in March 2019.)