President Xi Jinping puts education high on the agenda, stressing that "education is essential to the country and the Party." 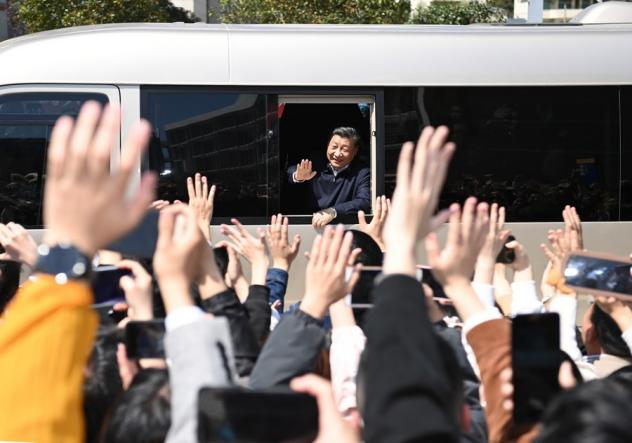 Advertising out-of-school educational "training" – extracurricular and after-school classes – is everywhere. Parents and teachers are evaluating students based on test scores alone and the price of housing in districts with the best schools is soaring. These recurring problems came under the spotlight again during the 2021 two sessions, the annual gatherings of China's advisory and legislative bodies in March. These long-standing educational problems not only concern hundreds of millions of families but also the future of the country. To solve them will require efforts. 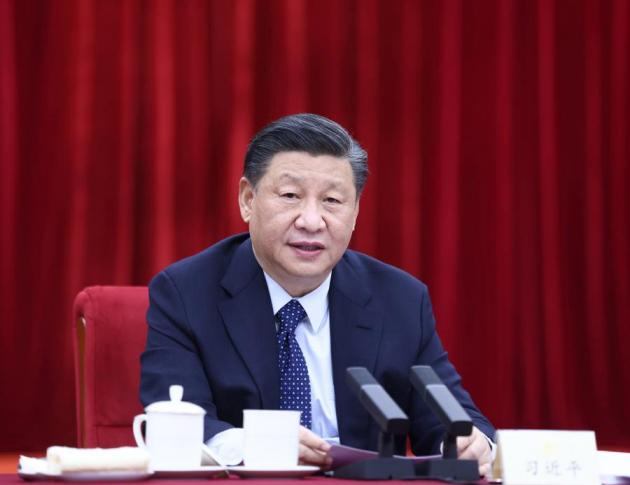 President Xi discusses after-school classes at a joint group meeting of the fourth session of the 13th National Committee of the Chinese People's Political Consultative Conference in Beijing, on March 6.

On March 6, Xi visited national political advisors from the education, medical and health sectors attending a joint group meeting at the fourth session of the 13th National Committee of the Chinese People's Political Consultative Conference in Beijing. He joined them in discussion and heard their comments and suggestions.

The participants spoke about education problems, notably "tutoring" classes that parents pay for after school. After hearing them out, Xi said, "Tutoring irregularities can be said to be a hard nut to crack." On the one hand, parents hope their children lead a happy, physically and mentally healthy childhood, he said. But on the other, lest their children lose out at the starting line of competition, parents scramble for more tutoring sessions. "We have to continue to solve it," Xi said.

Behind parental anxiety is the concept of evaluating students entirely on test scores.

Xi stressed that when it comes to education, regardless of whether it is school or family education, "We should not be too focused on scores." A test score is just a "short-term evaluation," Xi noted.

"The focus should be on the growth goal of a lifetime. If a healthy and mature personality is not formed in the end, education has failed."

Xi also talked about education equity at the meeting. Solving the problem of education equity could not be accomplished overnight, he noted. "Even in Beijing, this problem is prominent. Thus, the [best] school districts' housing prices have increased to a very high level and parents are trying to get their own children into good schools," Xi said. "The problem of unbalanced and insufficient education is closely related to unbalanced and insufficient regional development."

On May 21, Xi spoke as he presided over the 19th meeting of the Central Committee for Deepening Overall Reform. One of the documents reviewed was on reducing the burden of homework and after-school tutoring on compulsory education students. A guideline supporting this idea was reviewed and adopted.

At the meeting, Xi demanded efforts to give full play to the main role of schools in teaching and education, while stressing the need to regulate after-school training institutions both online and offline. 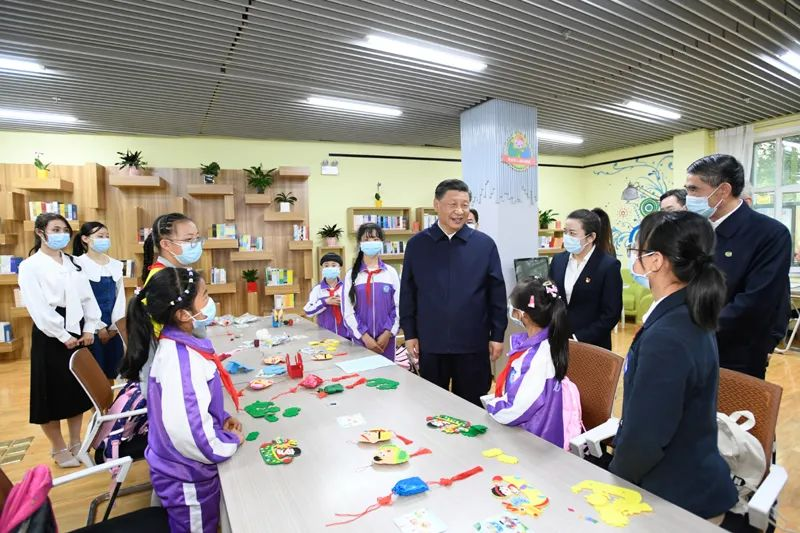 President Xi Jinping visits a reading room in a residential community to learn about its efforts to provide teenagers with public after-school services in Xining, Northwest China's Qinghai Province, on June 7.

On June 7, during his inspection of Northwest China's Qinghai Province, Xi visited a residential community service center in Xining. The children who just finished school were doing homework and manual work in what has been called a "4:30 classroom," a reference to an after-school class.

Children need to be taken care of after school, Xi said.

"First of all, this matter must be handled by the schools, which cannot push [responsibility for] all the students' after-school time onto society," Xi said. "The teachers in the school should cover the basic learning of the students. Teachers can't drop the ball in school, and instead engage in off-campus teaching.”

“This puts the cart before the horse. Now, the education department is correcting this phenomenon."

The seamless connection of after-school services among schools, communities and families so that children can be properly cared for is "not only a practical problem for thousands of households but also a must-answer question of whether the people are satisfied or not," Xi said.

Educational reform is forging ahead with strong momentum in China.

As Xi has said, "We must keep a close eye on the outstanding matters that cause strong public resentment. We must pay close attention to behavior that violates the interests of the people under the banner of education."

Such behavior must be resolutely, thoroughly and specifically corrected, he said.