Chinese President Xi Jinping was born to a revolutionary family in which family virtues and traditions exerted a profound influence. Determined to serve the people, Xi made it his career-long endeavor to strive for the well-being of millions of families in China.

Let's explore the virtues and traditions of Xi's family and see how they made Xi the man he is today.

When Xi became a senior official, his mother Qi Xin convened a family meeting. She demanded the other children not run businesses in fields in which Xi was involved. When Xi became governor of East China's Fujian Province, Qi wrote a letter to Xi according to their family tradition which asked him to be strict with himself. 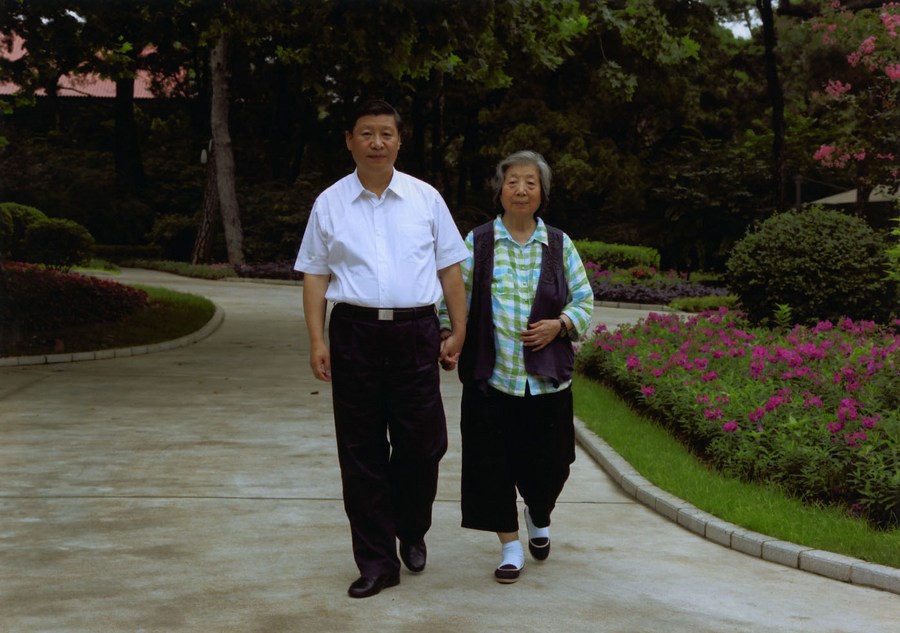 Influenced by his parents, Xi was also strict with his family members. As he rose to adopt leading positions, Xi warned relatives and friends not to run any business or do anything in his name in the place where he worked. Whether it was Fujian Province, Zhejiang Province or Shanghai, Xi told the officials there that no one was allowed to seek private gain in his name and he welcomed everyone's supervision.

Never seeking any personal privilege or indulging in pleasure-seeking are said to be a true manifestation of a family virtue which upholds self-discipline and selfless devotion to the public.

Diligence and frugality are the traditional virtues of the Chinese nation. Qi Xin once recalled in an article that diligence and thrift were their family tradition under the influence of Xi's father Xi Zhongxun, a respected Communist elder and former vice premier of China. 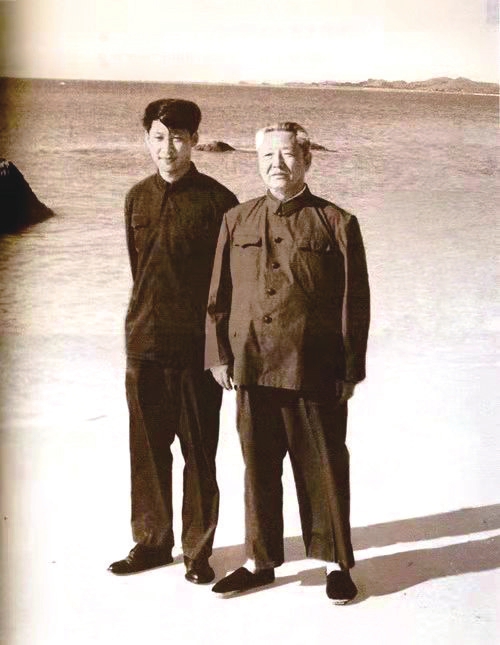 In the 1950s and the early 1960s, Xi Zhongxun regularly told the children to be frugal. As his daughter Xi Qiaoqiao recalled, Xi Zhongxun would pick up and eat errant rice grains and bun crumbs off the table, finally, mop up the soup bowl with a bun.

The thriftiness continued with clothing. Qi Xin said: "Our two sons in childhood wore clothes and shoes handed down from their elder sisters. I still remember that when Jinping was unwilling to wear girls' shoes out of fear his classmates would tease him, Zhongxun told him to wear them after dyeing." The family dyed the colorful shoes with black ink before giving them to Xi Jinping. 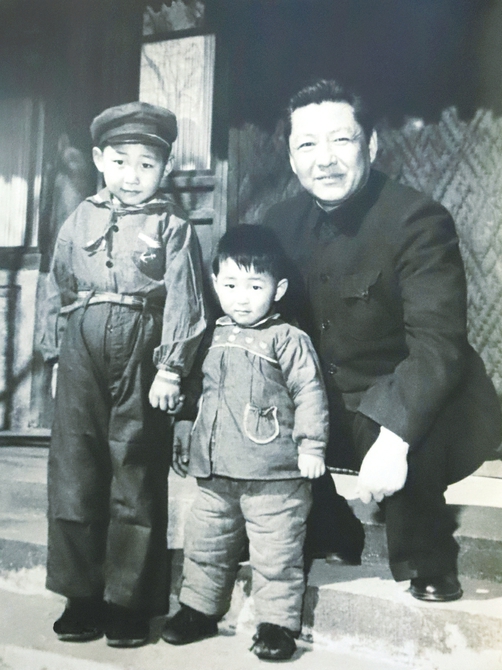 "Dad leads an extremely frugal life," Xi Jinping wrote in a 2001 letter for his father's 88th birthday celebration which he was unable to attend due to work commitments as governor of Fujian.

"Under father's education and influence, we have developed a habit of industry and thrift since childhood."

Serving in North China's Hebei Province as Zhengding county Communist Party of China (CPC) deputy chief (1982-1983) and chief (1983-1985), Xi consistently wore an old military uniform. He slept in his office for more than three years on an old patched mattress made by his mother.

Even after being elected top leader of China, Xi maintained his frugal habits. He ate home-cooked food and local delicacies. Xi called for efforts against food waste. He dressed simply, lived in ordinary rooms and refused above-standard receptions during his inspection tours.

Unity is both an ability and a quality to be cultivated. Xi said his father told him and his siblings to honor solidarity since childhood. "'Don't do unto others what you don't want others to do unto you.' 'Provide more convenience to others and you will also benefit.' In his words, we should not just think about what we want but also consider others' willingness when doing things," Xi said.

Uniting the broadest majority of the masses has long been a tradition of the Xi family.

No matter where he worked or in what position, Xi always emphasized unity, pooling the wisdom of the majority and calling on people to work together on grand undertakings.

In the birthday letter to his father, Xi wrote, "You love your parents, wife and children. You influence the people around you with your generous love." 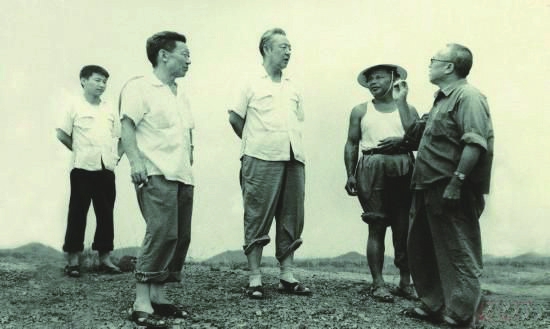 Xi Zhongxun (third from left) inspects a rural area in the city of Huiyang, South China's Guangdong Province, in August 1978. Xi Jinping (first left), then a Tsinghua University student, traveled to the countryside with his father during summer vacation.

Yu Huiyu, former secretary to Xi Zhongxun, recalled that when Xi was governor of Fujian, every time he came to visit his father, he stood respectfully until his father invited him to sit.

Filial piety and parental affection are engraved on Xi's mind. Photos capture Xi family moments like Xi pushing his father in a wheelchair, walking hand in hand with his mother, holding an umbrella for wife Peng Liyuan as they walk down an airport ramp, and transporting his daughter on a bicycle. 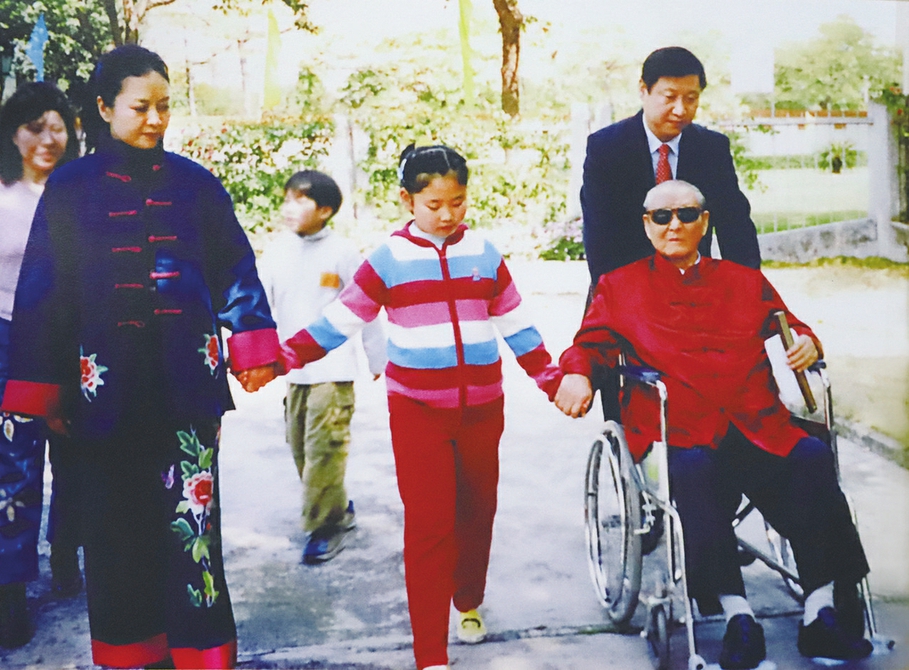 Xi Jinping pushes his father's wheelchair while his wife and daughter walk alongside him.