Poverty alleviation in Gansu has always been a concern of Xi. 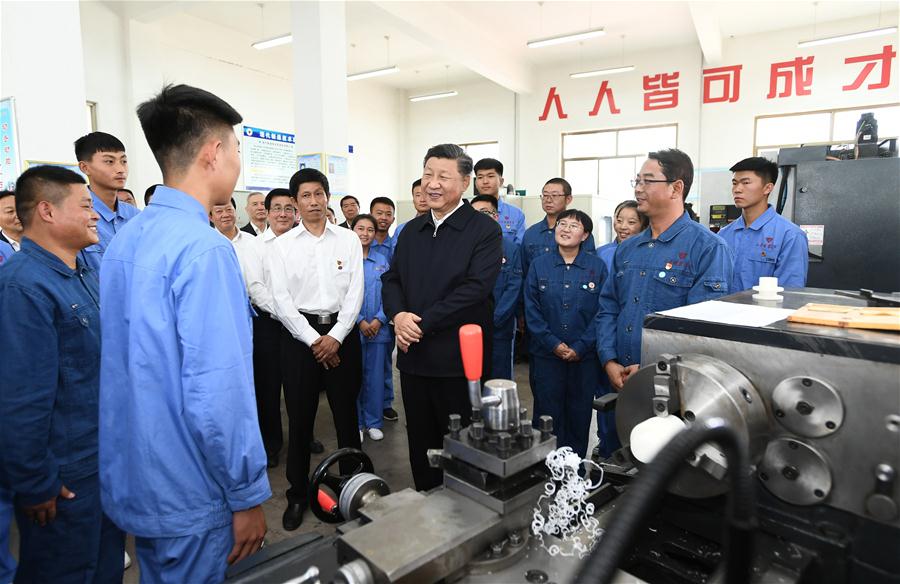 Xi underscored efforts to push forward poverty alleviation during his inspection tour in Shandan county and Gulang county in Gansu Province from Aug 20 to 21, 2019.

On August 20, Xi visited the Bailie School in Shandan county, a vocational school founded in 1942 by Rewi Alley, a renowned New Zealand social reformer, and George Hogg, a freelance reporter and British adventurer.

Xi's connection with the school can be traced back to the 1980s, when his father Xi Zhongxun was honorary president of the school.

In 1999, when he was working in Fujian, Xi motivated local businesses to support the school, putting the school close to his heart of all time.

When he paid visits to New Zealand and the UK, Xi also spoke highly of Mr. Alley and Mr. Hogg, the two founders who had empathized Chinese people's suffering during the War of Resistance Against Japanese Aggression.

Xi sees in the Bailie School the prodigious role vocational education can play in poverty alleviation. Xi believes that despite different regional conditions, impartial access to opportunities must be ensured everywhere across regions. Education, especially vocational education, holds the key to the problem.

Xi was happy to learn that most of the students there were from the countryside and they would land jobs after graduation.

"This shows that students can better adapt to society after vocational training," Xi said. "It truly fulfills our purpose of combining physical work with mental capability."

Teachers and students always remember Xi's words: "China's economy is underpinned by the real economy, which requires a vast number of professional and technical personnel, and dedicated craftsmen. Vocational education has broad prospects and promises."