Xi's stories: Xi and his mother 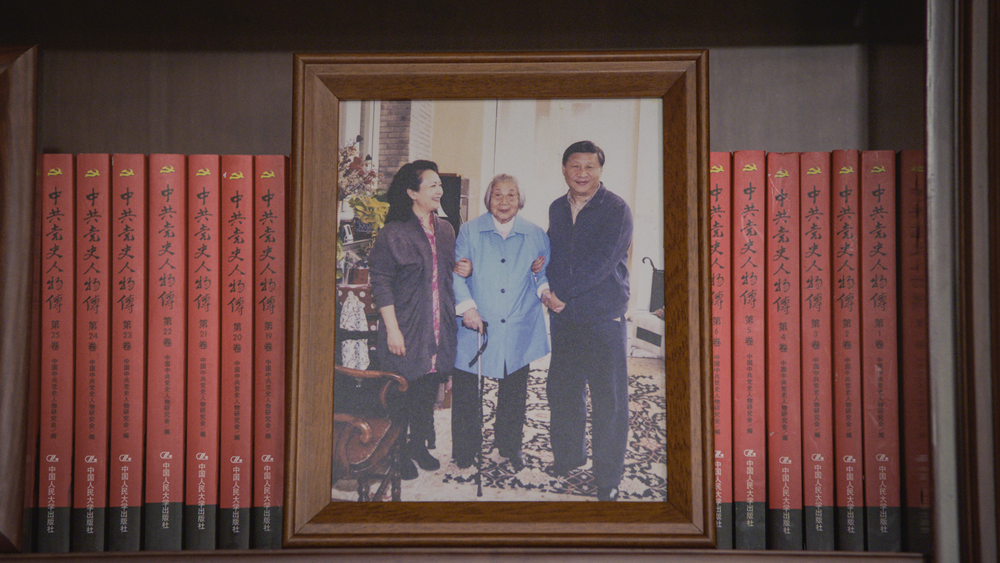 Xi Jinping supports his mother with his wife Peng Liyuan.

From President Xi Jinping's televised 2021 New Year speech, a family photo was newly spotted on Xi's office bookshelf and has caught much attention. In the framed photo, Xi supports his mother Qi Xin with his wife Peng Liyuan.

Before that, a photo of him holding his mother's hand had already warmed hearts of many Chinese people.

Xi has always been an example of filial piety toward his parents. Whenever he had time to eat with her, he would take his mother's hand for a walk after dinner and chat with her, according to a People's Daily report. 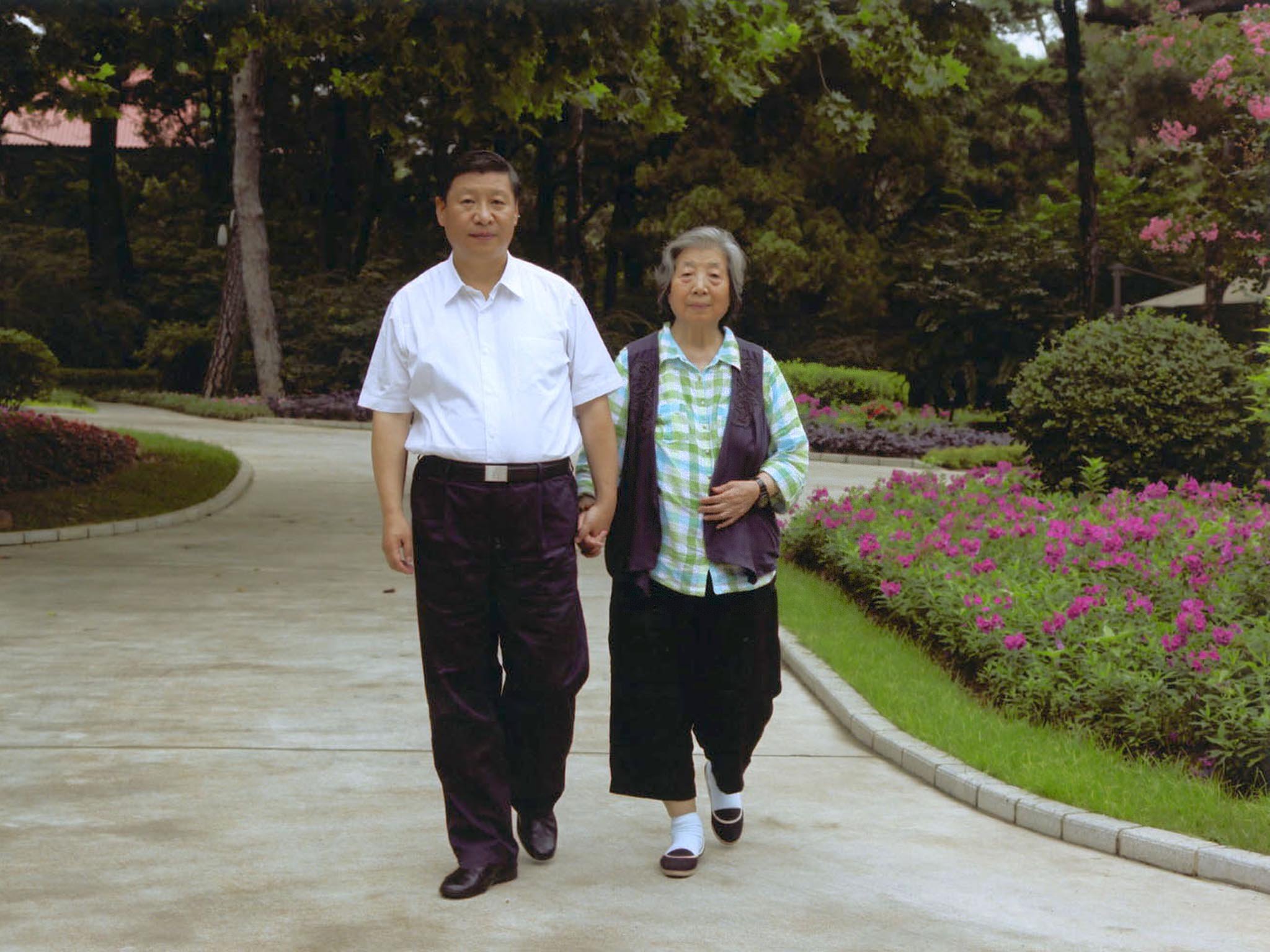 Xi holds his mother's hand during a walk.

As a Chinese saying goes: A mother always worries about her traveling child. The deep bond between Xi and his mother can also be felt from a hand-made sewing kit.

In early 1969, 15-year-old Xi was sent from Beijing to work as a farmer in the small village of Liangjiahe near Yan'an of Shaanxi Province. His mother Qi Xin made Xi a sewing kit embroidered with the words "Mom's Heart." 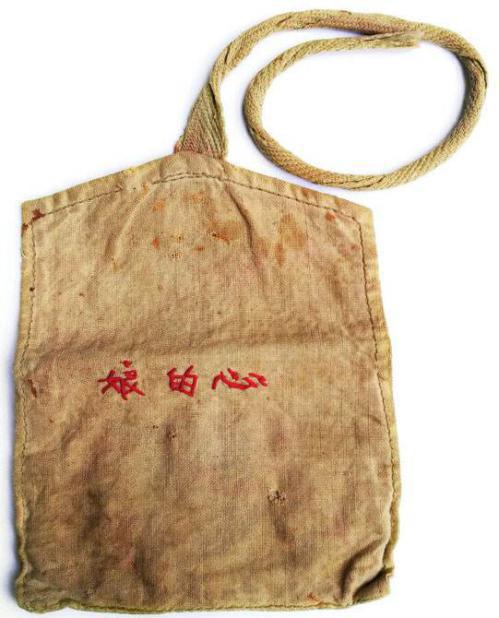 The sewing kit accompanied Xi through seven years in Liangjiahe.

"At that time, I did all kinds of work -- reclaiming wasteland, farming, hoeing, herding, hauling coal, building a dam, and carrying manure," Xi said.

Xi said he came to understand the lives and struggles of ordinary people, and how it relates to Communist ideas. "This gave me an enduring inspiration in my life," Xi recalled.

Before departing for Beijing's Tsinghua University, Xi gave the sewing kit to a neighboring villager Zhang Weipang as a keepsake. Xi told Zhang that he had nothing nice to give but the sewing kit.

Zhang kept the kit for 38 years before donating it to the county government in 2013.

'Serve the country with utmost loyalty'

Like all mothers in the world, Qi Xin wishes her son a happy and healthy life. Beyond that, she has her own expectation that Xi should dedicate himself to the nation and the people.

For Xi, "Family is a person's first classroom, and parents are a child's first teachers." Xi's sense of responsibility and mission to the country has been shaped since childhood.

When Xi was five or six years old, his mother Qi Xin bought him comic books about Yue Fei, a patriotic military commander of the Southern Song Dynasty (1127–1279) and a national hero, and told him about how Yue devoted his life to the country. She said that Yue’s mother placed a tattoo of four characters, jingzhong baoguo, to serve the country with utmost loyalty, on Yue's back.

"I said, 'It must hurt a lot to tattoo the characters'! My mother responded, 'Yes, it hurt. But [Yue] would remember that in his heart,'" Xi recalled in an article.

"Since then, jingzhong baoguo has been kept in my mind and become my lifetime pursuit," he said.

"Parents and seniors should pass on good morals to their children when they are little, helping them build moral integrity and a sense of goodwill, so that they can grow into a person who can contribute to the country and the general public," Xi said while meeting with representatives to the first National Conference of Model Families in December 2016.

'Excellence in work is the best reward for parenting'

Qi, who was born in 1926, joined Communist Party of China (CPC) as a teenager, becoming a staunch supporter of the Party's values and beliefs.

She led a simple life, which became a tradition for the family. No matter how difficult it was to take care of her family while working, she never compromised in her work. Her lifestyle and the family atmosphere guided Xi's values.

When Xi became a senior official, Qi convened a family meeting, demanding the other children not run business in fields that Xi was in charge of, according to state media reports.

In 2001, when Xi was the governor of East China's Fujian Province, he was unable to celebrate the Chinese Lunar New Year with his parents due to work commitments. He had a phone call with his mother. 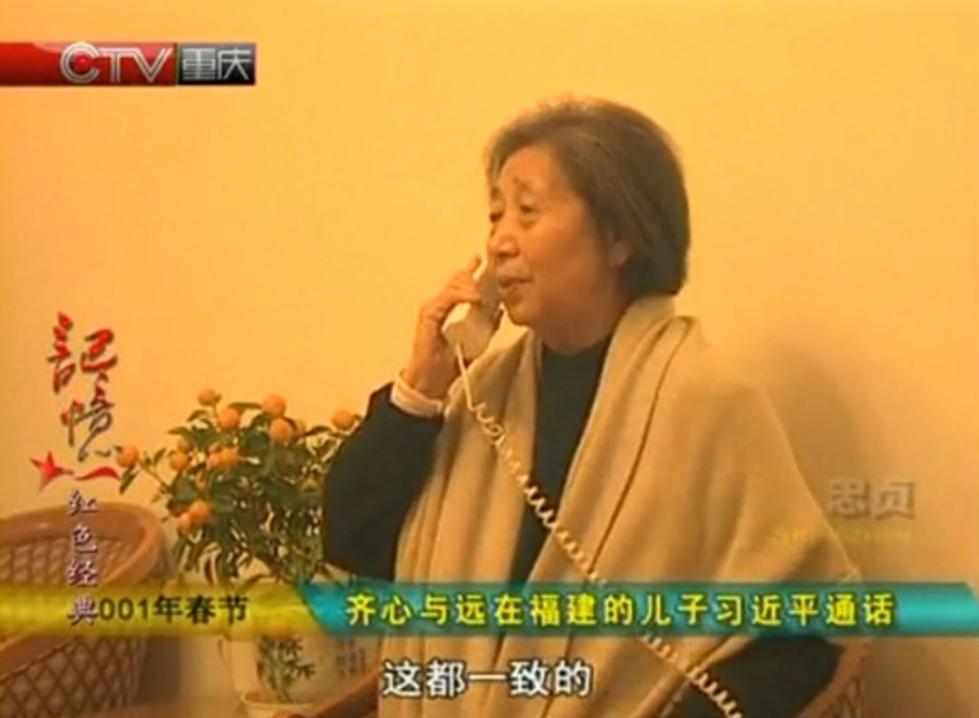 On the phone, Qi said she was pleased with his hard work, and whether he returned home or not was not that big a deal, emphasizing that his excellence in work is the best reward for parenting.

She asked him to shoulder responsibilities and avoid making mistakes at work. She also reminded him not to feel too much stress since health is the top priority.

As a saying goes that, "Good parents give their children roots and wings. Roots to know where home is, wings to fly away and exercise what's been taught them."

Xi's mother instructed him to work hard. And Xi has been working diligently for decades. No matter whether he worked as a village secretary or as the president of a country, he has always put aside his own well-being for the good of the people.