On January 24, 2017, President Xi Jinping made an inspection tour of North China’s Hebei Province ahead of Spring Festival.

After an hour’s drive, Xi arrived at Desheng village, Zhangbei county. In this village, 212 of 413 households were registered as impoverished households.

In 2016, impoverished villager Xu Xuehai owed more than 40,000 yuan ($6,200) for heart surgery and could no longer carry out laborious physical work. Learning this situation, Xi told him to recuperate well and encouraged him to be optimistic and strong. Xi also instructed local officials to conduct an in-depth study of poverty inflicted by illness and take timely and effective measures to address the problem.

During this visit, Xi was invited by Xu to fry rice cakes together with his family. 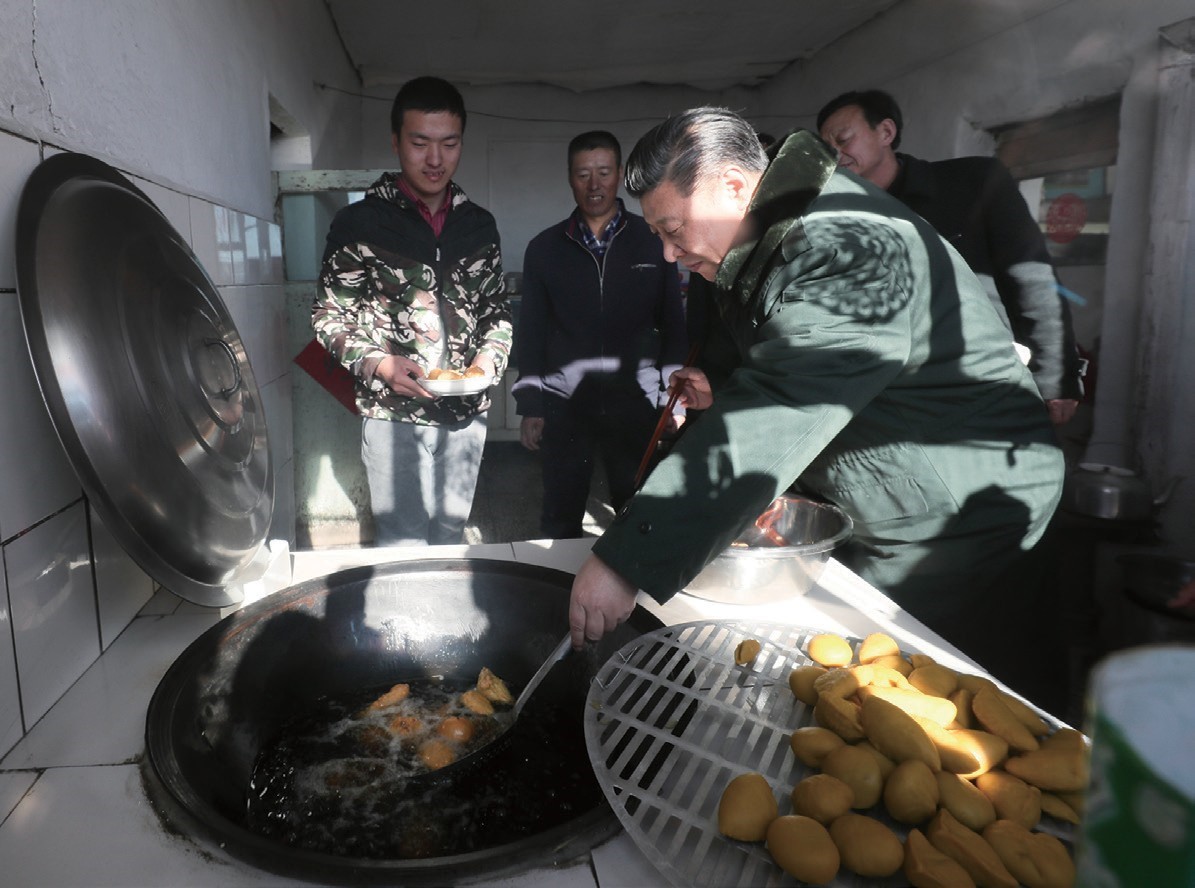 Skillfully putting the rice cakes into a pan of hot oil, Xi used chopsticks to turn them upside down, with the crisp sound and aroma of rice cake filling the whole room. When the cakes turned golden, Xi carefully scooped them up, put them on a plate and asked everyone to taste the food together.

At villager Xu Haicheng's family, Xi worked with villagers to calculate the family’s income and expenditure to know details of the poverty alleviation results.

Xu told Xi that the family planted potatoes, sugar beets and oats on 2 hectares (30 mu) of farmland, which constituted their main source of income.

"You have planted seed potatoes for 3 mu, with a yield of 1,000 kilograms per mu. It sells at 4 yuan per kilogram. But commercial potatoes are planted in 15 mu, which can only earn you 1 yuan per kilogram. The price gap is big!" Xi said, looking at Xu's revenue and expenditure list.

"Yes! A big difference. So everyone likes to plant the seed potato," said Liu Guirong, a major potato grower in the village.

He explained that the area of potato planting for each family is now 10 times larger than when they started, showing the seed cultivation container to Xi.

Growing potatoes is a big industry, Xi said. He asked local officials whether it was likely that the seed potato breeding program would be expanded.

Prospects were hopeful and the county bred one-fifth of the total seed potatoes in China, they replied.

In addition to potato cultivation, they said, the village also planned to grow sugar beets and develop a photovoltaic industry, striving to achieve precise poverty alleviation.

"Then you know your next step, which is to develop in a market-oriented and large-scale manner," Xi said with a nod. 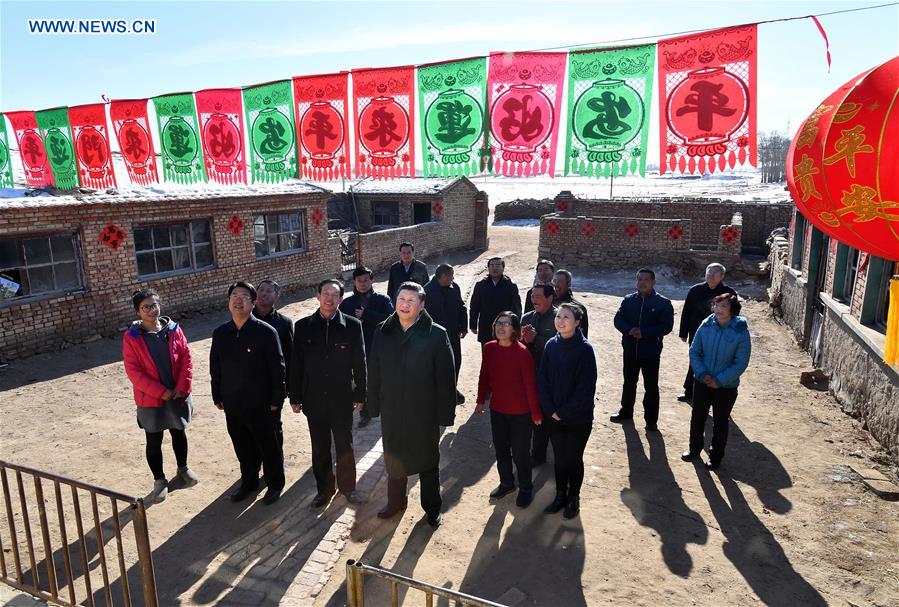 Looking at the revenue and expenditure sheet of Xu Haicheng’s family, Xi said, "Your comprehensive grain subsidy is more than 2,500 yuan a year, the subsidy for returning farmland to forests is 306 yuan and you also get 1,140 yuan as grassland bonus... All this adds up to an annual income of 43,000 yuan."

"According to your family's expenditure account, the expenditure for production is 12,700 yuan a year and household expenditure is 29,000 yuan. The two items add up to nearly 42,000 yuan?” Xi asked Xu.

Xi then turned to Xu Yaru, the second daughter of Xu Haicheng, and asked her if she had received any financial aid for studies. She replied that she could receive 3,000 yuan a year.

Xi said, "With an income of 43,000 yuan and an expenditure of nearly 42,000 yuan, you have to pay for medical care and children's tuition. Then how can you cover daily expenses?"

While doing Xu's family accounts, Xi also comforted them, saying that the Party and the government would continue to care about families like his and help them lead better lives.