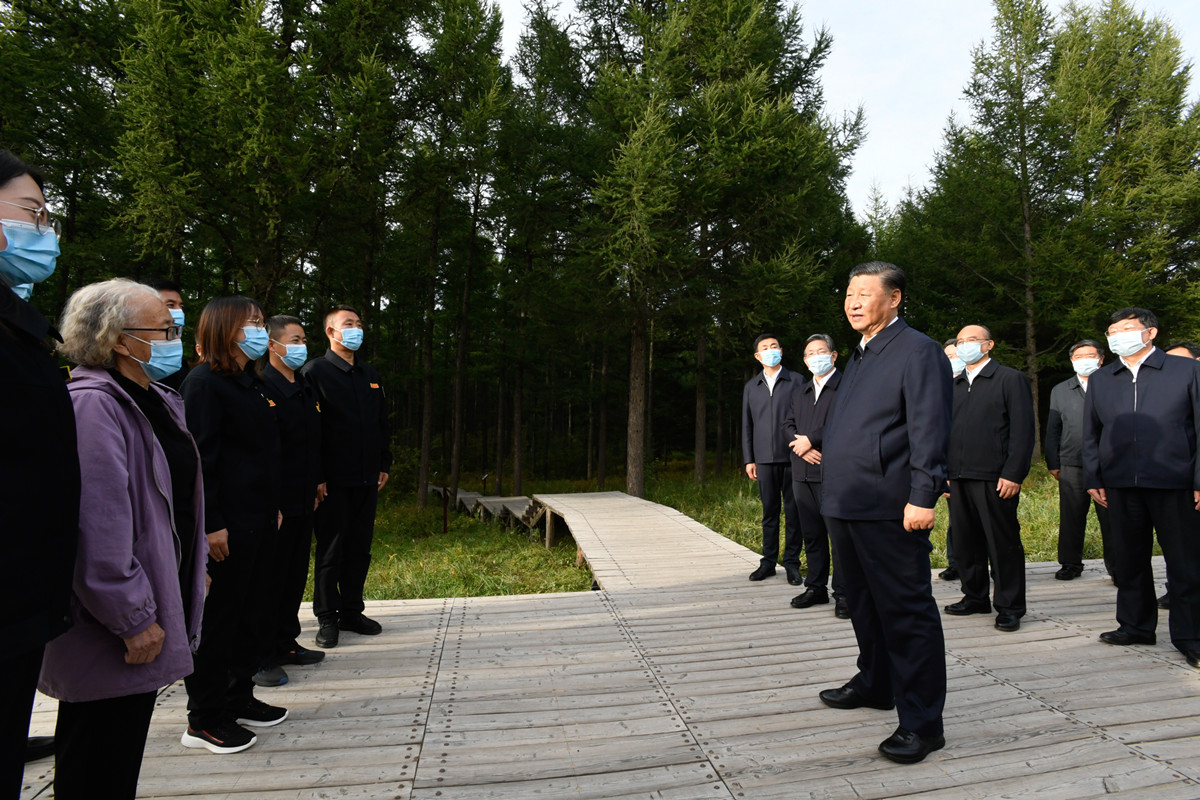 President Xi Jinping talks with staff members at a forest named after Wang Shanghai, a late official of the Saihanba forest farm, during an inspection tour of the farm in North China's Hebei Province, August 23, 2021.

At the annual sessions of China's national legislature and top political advisory body in March, Xi's conversation with a forester was impressive.

During a deliberation of the delegation from Inner Mongolia Autonomous Region, deputy Zhou Yizhe told Xi about the new "forest symphony."

“Wild animals like roe deer and brown bears frequent the forest farm and the management and protection stations. It is estimated that the total ecological value of our forest and wetland ecosystems reached 615.97 billion yuan ($95 billion) in 2018."

Zhou was a forester from the Inner Mongolia Greater Khingan Range. He also told Xi about his transformation from a logger to a forest ranger.

Xi nodded and said that the forest is a valuable asset, not only serving as a “green lung,” but also bringing wealth from tourism and under-forest economy.

The identity change of a group of people reflects the change of the times. "Your identity shift from a logger to a forest ranger epitomizes our country's transformation in industrial structures,” Xi told Zhou.

In Xi's view, the goal of forestry reform is to protect ecological beauty as well as to help people lead a well-off life. 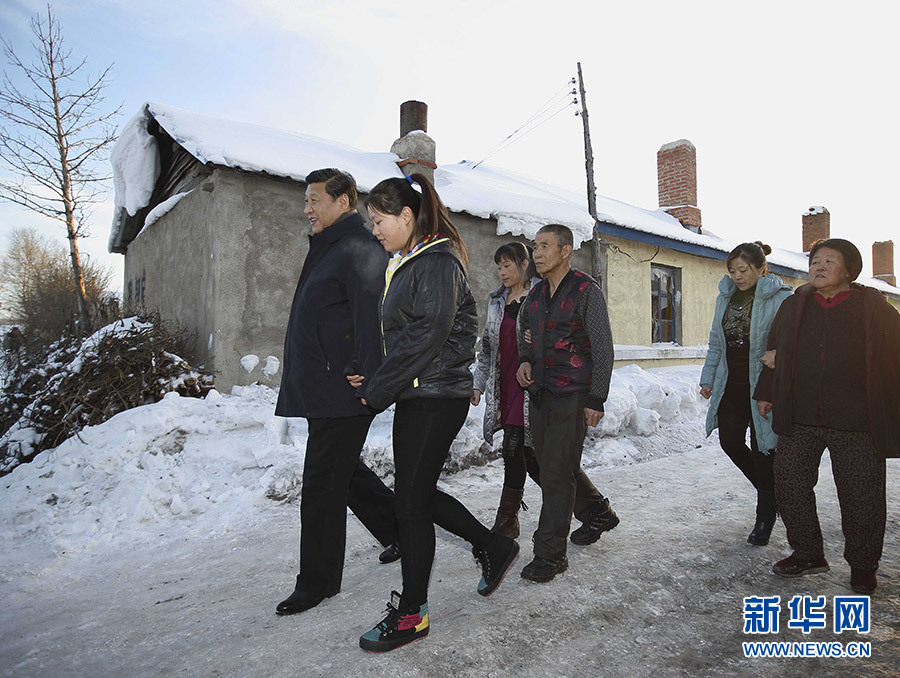 In January 2014, during his inspection tour in Inner Mongolia, Xi went to a town in Arxan on the frontier to visit people living in forestry shantytowns. He stressed that forestry workers had made great contributions to the country, and that the Party and the state would never forget them.

In May 2016, during his inspection tour in northeastern China’s Heilongjiang Province, Xi talked with the foresters to learn about their work and living condition. He stressed that the state would continue to support forestry workers after the full suspension of logging, and to help them open up a better prospect through the development of alternative industries. 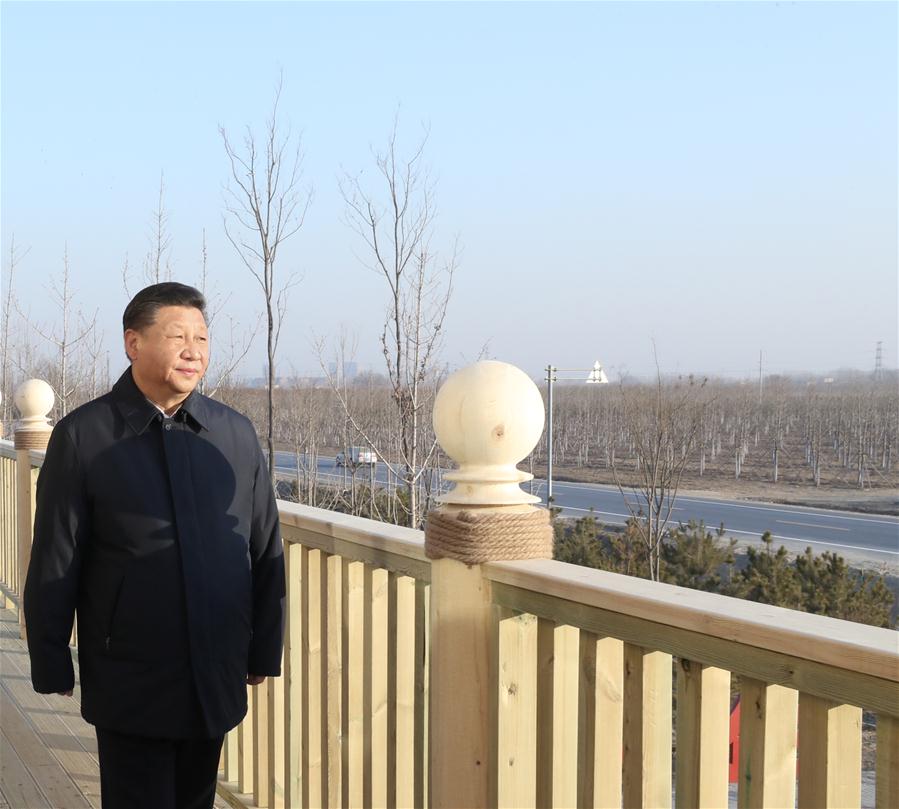 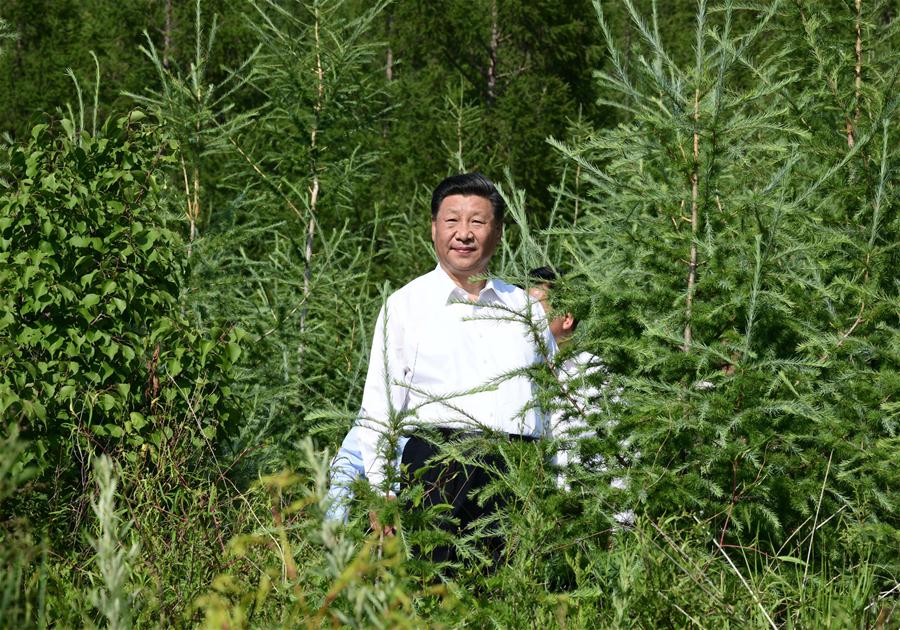 In July 2019, Xi inspected the Maanshan forest farm in Inner Mongolia. He noted that building an "ecological security barrier" in the north of China is a strategic task.

In February, Xi referred to foresters at a national commendation conference that marked the country's poverty alleviation accomplishments. He said, "More than 1.1 million poor people have become foresters, guarding lucid waters and lush mountains, and achieved a well-off life in return."