CHINA Xi's unswerving support and care for the army

Xi's unswerving support and care for the army

Chinese President Xi Jinping, also the general secretary of the Communist Party of China (CPC) Central Committee and chairman of the Central Military Commission, met representatives from model organizations and individuals who received awards for promoting military-civilian solidarity, in Beijing, on October 20.

As China observes the 70th anniversary of the Chinese People's Volunteer (CPV) army joining the Democratic People's Republic of Korea (DPRK) in the War to Resist US Aggression and Aid Korea, Xi made remarks in a letter of reply to all members of a sanatorium for injured and disabled revolutionary military veterans in Sichuan Province and expressed his sincere greetings to them.

"I have an unbreakable bond with the army and deep affection for the army," Xi once said. Born into a military family, Xi became a deputy company officer after graduating from university.

When working as a local official, he usually held a concurrent post in the army. He was a role model for supporting the army and providing special care and concern to the families of the army men and fallen heroes. During his tenure in Fujian Province, he was known as the "secretary supporting the army" by officers and soldiers. 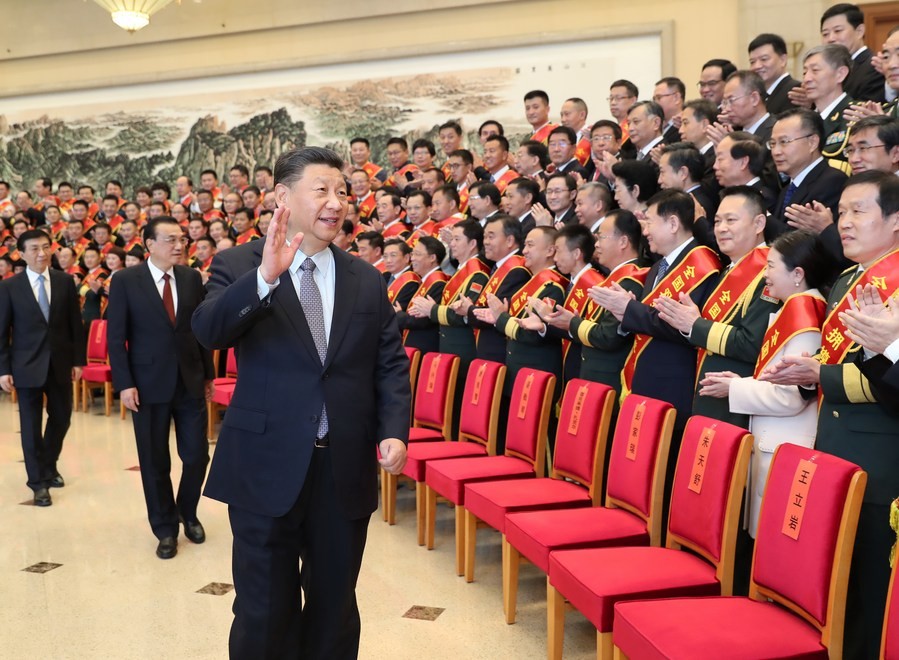 Caring for the army

When Xi worked in Fujian, he repeatedly promoted military-civilian integration.

The growth of military expenditures was relatively lagging and some difficulties appeared in military support in the early 1990s.

If soybeans were not produced locally, Xi specifically instructed that soybeans be allocated from other regions to the troops and to increase the supply of grain and oil for troops during the holidays.

Xi often inspected the army at the primary level. He went to sentry posts, walked through tunnels and visited military camps with comrades from related departments. After arriving in the army bases, he showed concern about soldiers' lives and wanted to know whether they slept with thick quilts and ate delicious food.

A team of troops moved from Lianjiang county, Fuzhou to downtown Fuzhou in May 1991. Xi, who was the secretary of the CPC Fuzhou Municipal Committee, came to the army barracks in the rain and helped more than 300 soldiers' dependents settle in.

In early 1992, upon hearing the news that the Fujian Naval Base had moved from Ningde to Fuzhou, Xi went to the new camp to work on-site and said to army leaders: "How many difficulties are there? List them. We will solve them one by one."

At this time, Xi helped 420 military personnel families overcome difficulties of employment and school admissions. He Linzhong, commander of the Fujian Naval Base, said that affairs in Fuzhou were handled "as quickly as fighting a war."

Xi was concerned about the placement of demobilized army cadres. He often said, "To support the army requires long-term efforts."

In the 1990s, the city of Fuzhou explored long-term practices and issued policies and regulations to ensure placement of demobilized army cadres.

During his tenure in Fujian, Xi paid attention to the implementation of the preferential policy on servicemen and visited family members of revolutionary martyrs and servicemen whenever he inspected a place.

For old comrades in the army from northern China who liked to eat dumplings, Xi instructed they be supplied with dumpling flour.

At that time, there were 195,000 family members of martyrs and servicemen in Fuzhou. Xi raised the subsidy standard of 50 yuan per person per month to 100 yuan after deliberations. 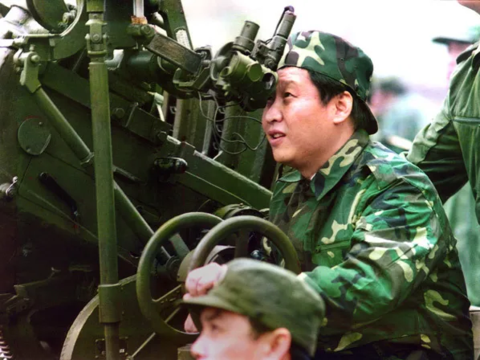 (Translated by Long Wei and edited by Sun Tianren and Zhan Huilan; original story from the Wechat account of the People's Daily overseas edition)