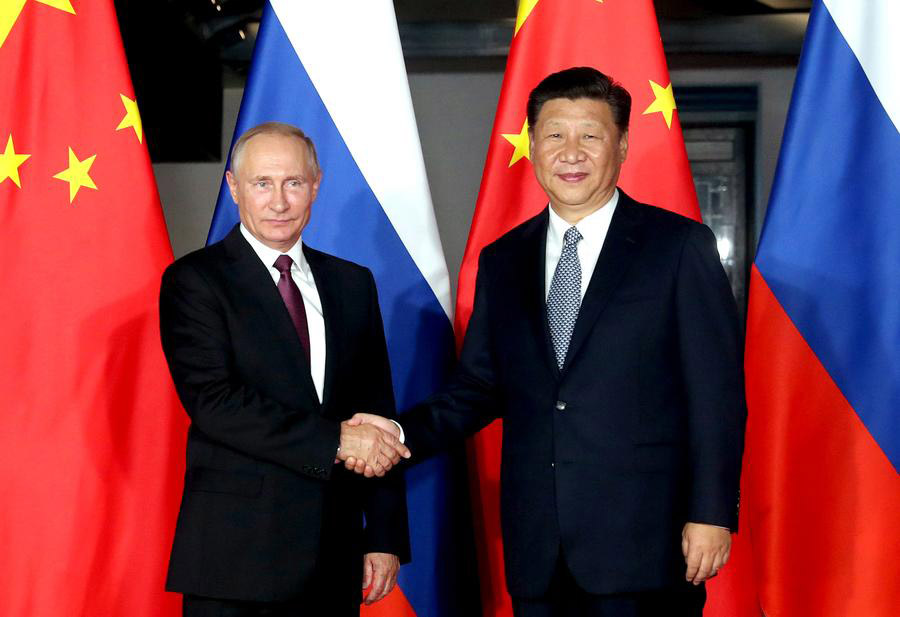 BEIJING, Sept. 7 (Xinhua) -- Chinese President Xi Jinping will pay a visit to Russia next week, which will inject new impetus to the bilateral ties and set a new course for regional peace and stability, as well as mutual trust and cooperation.

Xi will attend the fourth Eastern Economic Forum from Sept. 11 to 12 in Vladivostok, Russia, at the invitation of Russian President Vladimir Putin.

Observers said against the backdrop of changing international situations, China has been upholding the concepts of win-win cooperation and common development, which have attracted the attention of the whole world.

The Eastern Economic Forum, proposed by Putin in 2015, represents Russia's efforts to push forward cooperation in the Far East. It has gradually developed into a new platform for Asia-Pacific countries to deepen economic cooperation and discuss international and regional issues.

This year's forum, with the theme of "The Russian Far East: Expanding the Range of Possibilities," is expected to attract thousands of representatives from more than 60 countries.

It will be the first time for the Chinese head of state to attend the forum. China's views on deepening regional cooperation and achieving common development and prosperity are expected to receive added attention as unilateralism, trade protectionism and anti-globalization moves are rising in the world.

Xi's attendance at the forum demonstrates to the whole world that in order to promote regional economic development, it is the right choice to stick to the principle of mutual benefit and win-win outcomes, improve cooperation arrangements of the regional economy, push forward trade and investment facilitation and jointly build a community with a shared future for mankind, said Chinese Ambassador to Russia Li Hui.

Xi and Putin have reached important consensuses on strengthening cooperation and exploration in the Far East.

The two countries have set up a cooperation council at the vice premier's level, deepen cooperation in various fields and steadily promote construction of connectivity projects. China has become Russia's largest trade partner and the biggest source of foreign investment in the Far East.

As the second largest economy in the world, China has great influence on the global economy and international circulation of commodities, said Andrey Ostrovsky, deputy director of Institute of Far Eastern Studies at the Russian Academy of Sciences.

Cooperation between Russia and China will, to a large extent, promote the economic development of Northeast Asia, he said.

Chen Fengying, a research fellow at the China Institute of Contemporary International Relations, said Xi's attendance at the forum will definitely speed up the economic integration of the Northeast Asia and promote the Belt and Road construction to achieve substantial and concrete outcomes.

The upcoming trip of the Chinese president will be his seventh visit to Russia since 2013, and is also the most important high-level exchange between China and Russia in the second half of the year.

The Russian newspaper, Izvestia, said Xi's upcoming visit will be a new milestone in the development of Russia-China relations.

Xi and Putin are scheduled to meet in Vladivostok, which is the third meeting between the two presidents this year.

With the strategic guidance of the two presidents, the China-Russia comprehensive strategic partnership of coordination is at the best period of development in history as the two countries have been increasing political mutual trust, upgrading cooperation in economy and trade, growing people-to-people exchanges and tightening coordination on international issues.

China has been continuously consolidating its role as Russia's largest trade partner, the main source of foreign investment and the biggest source of international tourists.

Since the beginning of this year, the China-Russia ties have been on a more active momentum of development, and ushered in a new era featuring high level and remarkable development.

The bilateral trade between the two countries is expected to exceed 100 billion U.S. dollars this year.

During his visit to Russia, Xi is scheduled to attend several bilateral and multilateral events, the signing of documents, a joint press conference, and a banquet.

Given the complex and changing international situations, Xi's upcoming trip sends a clear signal to the world that China and Russia will further promote friendly cooperation and jointly bring stability to the world, said Gao Fei, a professor at China Foreign Affairs University.