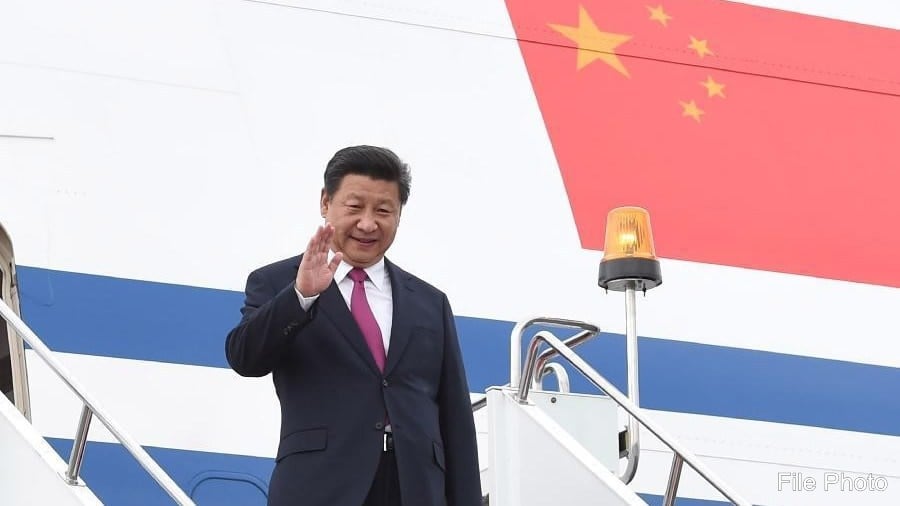 Luo made the remarks at a press briefing on Xi's upcoming visit.

At the invitation of President U Win Myint of the Republic of the Union of Myanmar, Xi will pay a state visit to Myanmar from Jan. 17 to 18.

This will be Xi's first overseas tour this year, and it will also mark the first visit to Myanmar by a Chinese president after an interval of 19 years, said Luo, noting that the visit also coincides with the 70th anniversary of the establishment of diplomatic ties between the two countries.

He said that China-Myanmar "Paukphaw" (fraternal) friendship gains vitality with the passage of time and enjoys lasting charms, and the two countries have high-level people-to-people exchanges.

Since the establishment of diplomatic relations 70 years ago, the two countries have constantly developed ties on the basis of mutual respect, mutual trust, and mutual assistance, and have established a model of harmonious coexistence and win-win cooperation between countries of different sizes.

According to Luo, during the visit, Xi will attend a series of state events held by his Myanmar counterpart, hold talks with Myanmar State Counsellor Aung San Suu Kyi, and attend a bilateral cooperation document exchange ceremony and a banquet held by Aung San Suu Kyi.

Xi will also meet with Myanmar's Commander-in-Chief of Defense Services Min Aung Hlaing, exchange views with the leaders of Myanmar's parliament and political parties, and attend, together with leaders of Myanmar, activities marking the 70th anniversary of the establishment of bilateral diplomatic ties and the launching ceremony of the China-Myanmar culture and tourism year. The two sides will also issue a joint statement.

Luo said the two sides will summarize the experience of exchanges between the two countries, chart the course for future development, further enrich the content of bilateral relations, make efforts to build a community of shared future for China and Myanmar, and start a new era of China-Myanmar relations.

The two sides will also discuss deepening high-quality Belt and Road cooperation and promote the transition of the China-Myanmar economic corridor from conceptual planning to substantive construction, to achieve progress in major connectivity projects.

Moreover, the two sides will also expand people-to-people exchanges to cement a social foundation for the development of ties.