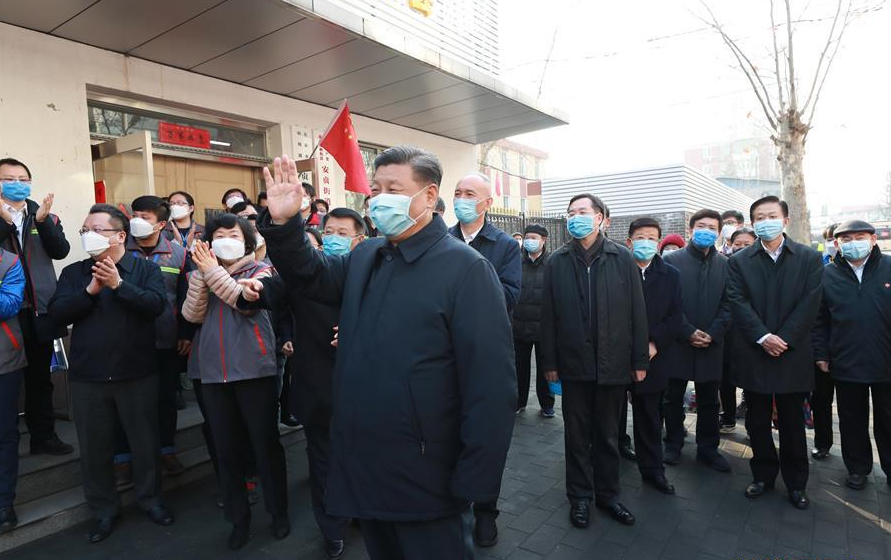 The situation at the moment remains very serious, said Xi, also Chinese president and chairman of the Central Military Commission.

Speaking during an inspection of the epidemic prevention and control work in Beijing, Xi said the whole party, the armed forces and the people of all ethnic groups in China stand together with the people of Hubei and Wuhan.

Hubei Province, of which Wuhan is the capital city, is at the center of the outbreak.

Xi pointed out that Hubei and Wuhan are the top priority for the epidemic prevention and control.

"Wuhan is a heroic city and people of Hubei and Wuhan are heroic people who have never been crushed by any difficulty and danger in history. As long as our comrades work together, fight bravely and overcome difficulties, we certainly can score a full victory in the fight against the epidemic," Xi said.