CHINA Xi says China, Mongolia help each other in face of difficulties

Xi says China, Mongolia help each other in face of difficulties 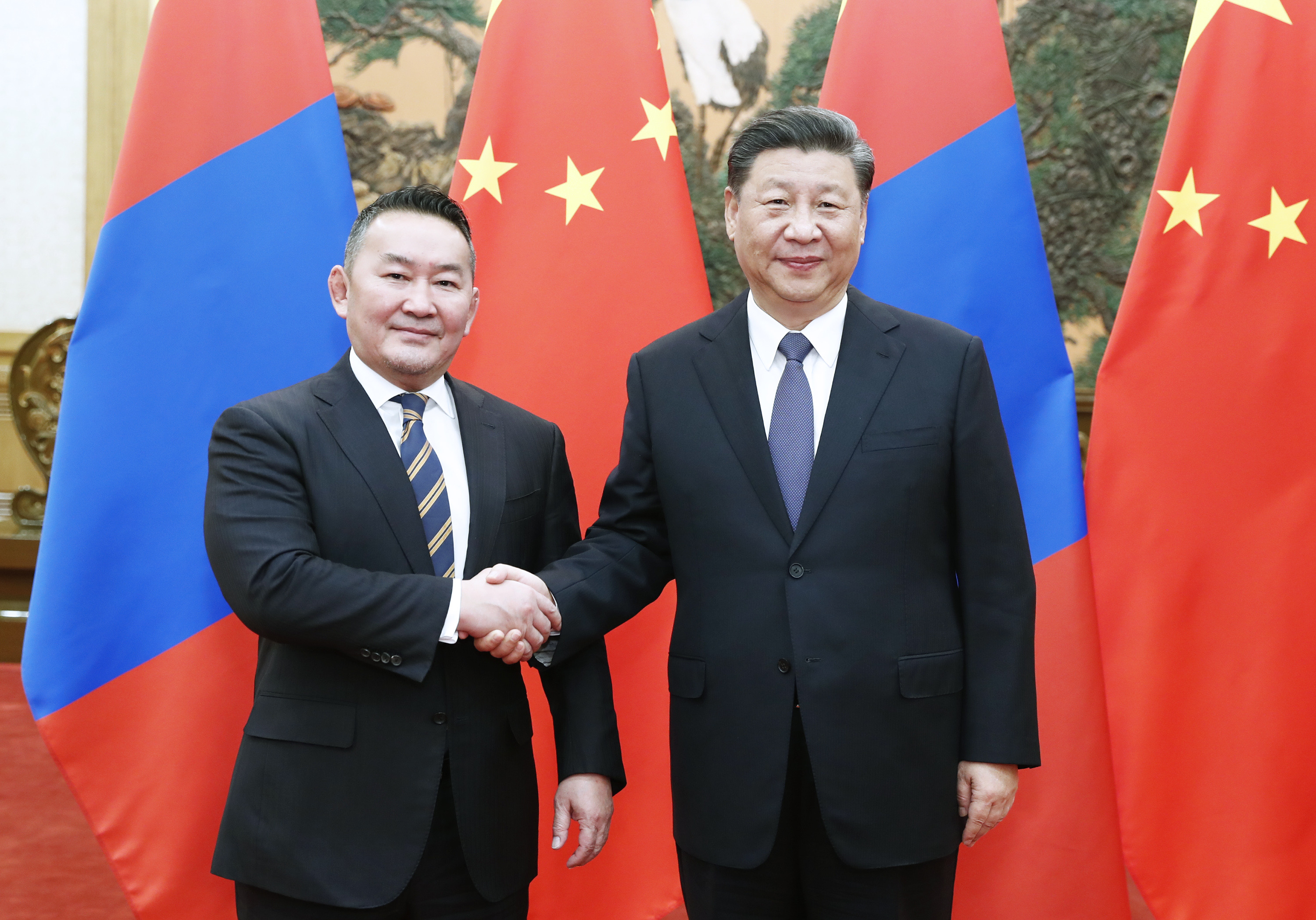 Hailing Battulga as the first foreign head of state to visit China since the outbreak, Xi said the special visit by Battulga to express consolations and support to China fully embodies the high attention he pays to the China-Mongolia ties and the profound friendship between the two peoples.

This vividly shows that China and Mongolia, as neighboring countries, can rely on each other in difficult times, said Xi.

Xi expressed his welcome as Battulga paid the visit only one day after Mongolia's traditional Tsagaan Sar holiday, and sent festive greetings to the Mongolian people.

Xi said that since the outbreak of COVID-19, the Communist Party of China (CPC) and the Chinese government have attached great importance to the epidemic, activated a national response mechanism and taken the most comprehensive, thorough and rigorous measures.

A leading group of the CPC Central Committee on the prevention and control of the COVID-19 was established immediately and a central government guiding team was sent to Hubei province, said Xi.

After arduous work, the positive trend in the prevention and control work is now expanding, Xi said, adding that the country has full confidence, capability to win this battle against the epidemic.

China has coordinated the prevention and control work with the economic and social development, and tried its best to minimize the impact of the epidemic, he said.

According to Xi, China has adopted a targeted approach in different regions to advance resumption of work and production based on local health risks, ensure timely agriculture work in spring and guarantee people's basic livelihood.

Noting that China's economy is resilient with broad domestic demand and a strong industrial basis, Xi said China will strive to meet this year's economic and social development targets.

Xi said that guided by the vision of a community with a shared future for humanity, China is making every effort not only to protect the life and health of its own people but also to contribute to global public health security.

With an open, transparent and responsible attitude, the Chinese government has actively stepped up international cooperation on fighting the outbreak, said Xi, adding that China's efforts have been highly affirmed and recognized by the World Health Organization and the international community.

China will continue to work with countries including Mongolia to fight the epidemic and safeguard regional and global public health security, he said.

Noting that China and Mongolia are  friendly neighbors linked by waters and mountains, Xi said China has attached high importance to the bilateral relations and always taken Mongolia as an important direction of China's neighborhood diplomacy. 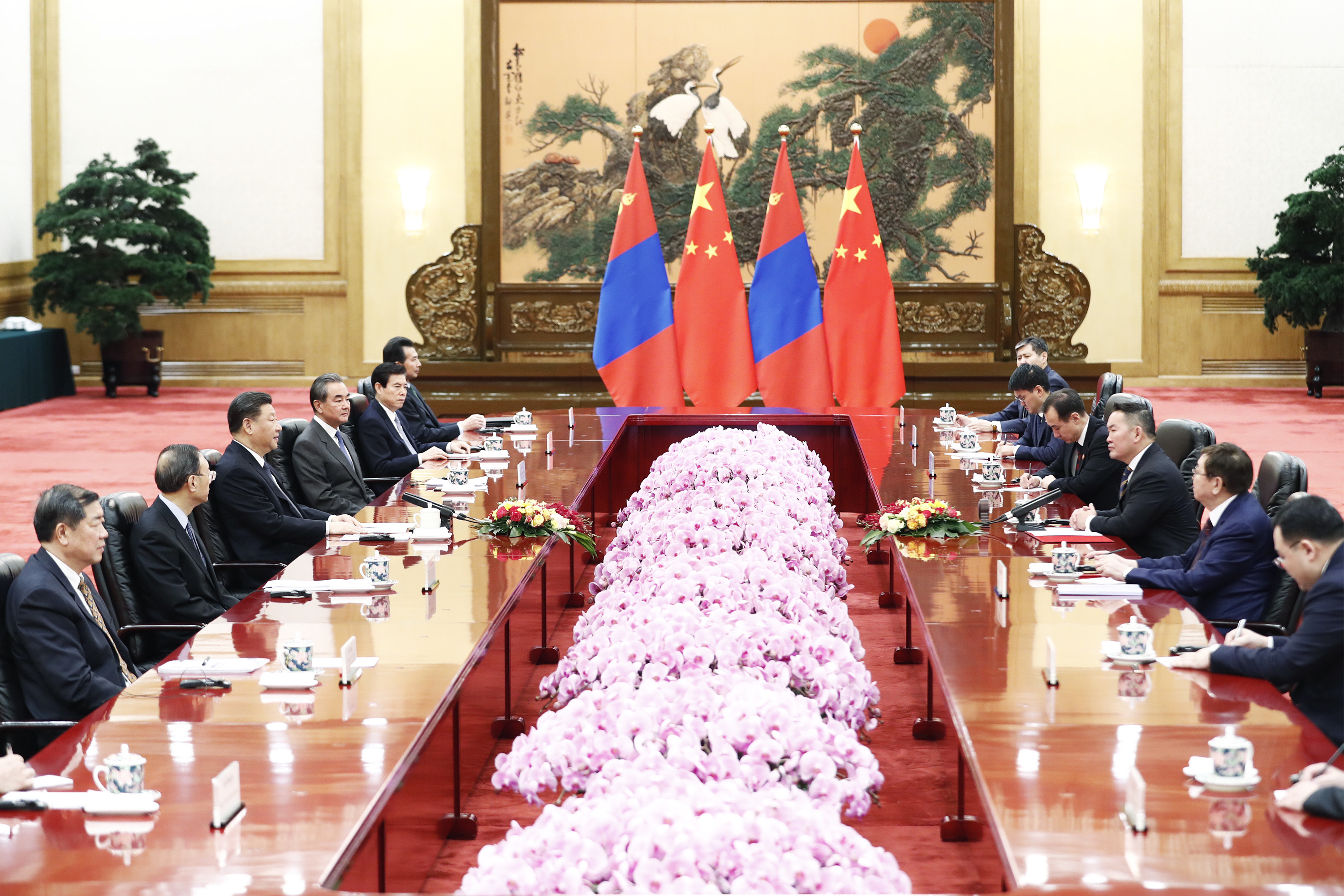 China is committed to cementing political mutual trust with Mongolia and enhancing Belt and Road cooperation to benefit both peoples, he said.

Battulga expressed consolations to the Chinese people over the outbreak and spoke highly of China's rapid establishment of a joint prevention and control mechanism and national people-oriented efforts to fight the epidemic.

Stressing that Mongolia and China are comprehensive strategic partners, Battulga said the Mongolian people completely relate to what the Chinese people are going through and would like to stand closely together with the Chinese people in the difficult times.

Mongolia launched fund-raising activities to support China's fight against the epidemic, and received active responses from all walks of life, he said, adding that Mongolia will send additional 30,000 sheep apart from the previous donations.

Battulga said he believes that the Chinese people will definitely win the battle against the epidemic at an early date and overcome the difficulties to realize the set goals of social and economic development under the strong leadership of President Xi.