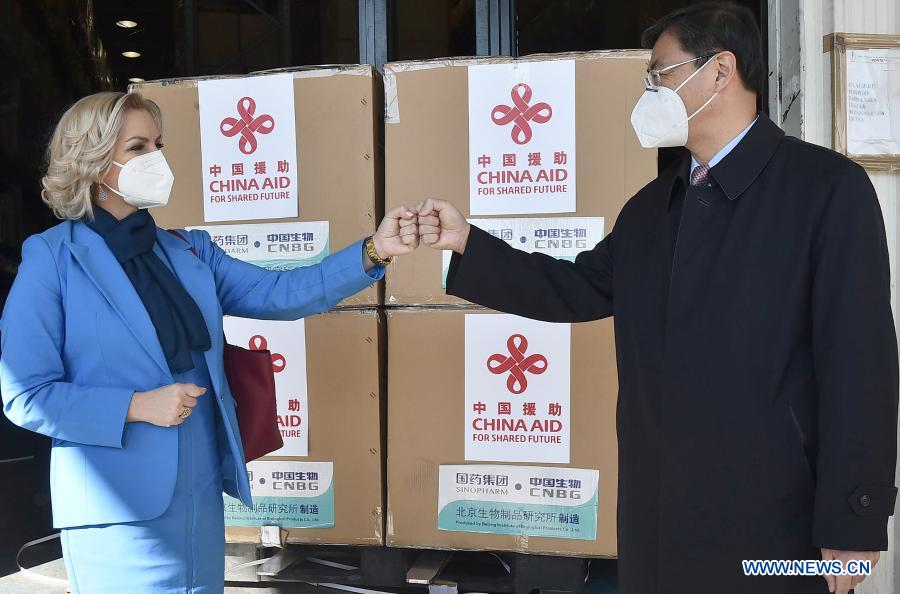 BEIJING, May 26 (Xinhua) -- Chinese President Xi Jinping said Wednesday that China is willing to work with Montenegro to carry forward their friendship, consolidate political mutual trust, and to promote the continuous development of bilateral relations.

During a phone conversation with Montenegrin President Milo Djukanovic, Xi said China stands ready to continuously deepen practical cooperation with Montenegro in various fields such as infrastructure construction, so as to better benefit the people of the two countries.

Xi pointed out that since the establishment of diplomatic ties between China and Montenegro, the two countries have always maintained high-level political mutual trust, and supported each other on issues involving their respective core interests and major concerns.

Driven by such mechanisms as Belt and Road cooperation as well as cooperation between China and Central and Eastern European countries (CEECs), China and Montenegro have achieved outstanding results in cooperation in such key areas as transportation infrastructure construction and energy, he noted.

Xi said that since the onset of the COVID-19 pandemic, the two countries have been supporting each other, and carrying out sound cooperation in such fields as pandemic prevention and control as well as production resumption.

China is willing to continue to provide as much assistance as its capacity allows for Montenegro's fight against the pandemic, and promote the building of a global community of health for all, Xi said.

Noting that the world is facing changes unseen in a century and a once-in-a-century pandemic, Xi said the two sides should maintain close coordination on multilateral affairs, jointly safeguard international equity and justice, and commit themselves to building a community with a share future for mankind.

Xi recalled that during the recent China-CEEC summit, he reached broad consensuses with Djukanovic and other participating leaders, and they made important plans for the development of the cooperation mechanism.

Noting that this year is the China-CEEC Year of Green Development and Environmental Protection, Xi said that China supports Montenegro in playing a positive role as the lead country of the China-CEEC environmental protection cooperation mechanism.

China stands ready to work with Montenegro to implement the consensuses and achievements of the summit and continuously consolidate and develop China-CEEC cooperation, he added.