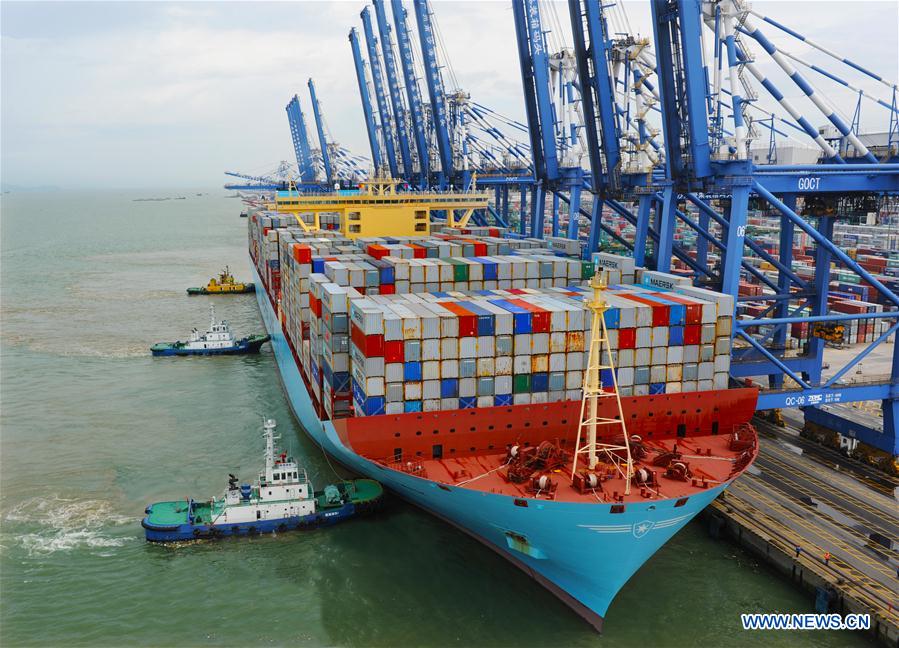 In a telephone conversation in the night with German Chancellor Angela Merkel, Xi noted that it was the third time since the onset of the COVID-19 outbreak that he and Merkel had spoken over the phone, which reflects the deep political mutual trust and close strategic communication between the two sides.

The Chinese side appreciates the German government's objective and rational stand as well as its respect for science on the pandemic issue, Xi said.

He added that China is ready to work with Germany to support the work of the World Health Organization (WHO), promote international cooperation within such frameworks as the United Nations and the Group of 20, help African countries fight the coronavirus disease, and contribute to safeguarding global public health security.

Stressing the need to coordinate epidemic control and economic and social development, Xi said the general trend of the Chinese economy towards stable long-term growth with a sound momentum remains unchanged.

China, he added, will stay committed to further opening up to and expanding cooperation with the rest of the world, and continue to create a favorable environment for German enterprises to increase investment in China.

The recently launched China-Germany "fast track" arrangement will help enterprises in both countries to speed up business resumption, and maintain the stability of international industrial and supply chains, he said.

The Chinese president said he is confident that China-Germany cooperation will play its due role in helping pull the world out of the economic recession at an early date.

With China and Germany maintaining a stable and sound cooperative relationship, China stands ready to continue dialogue and exchanges with Germany, Xi said.

Noting that Germany is to take over the rotating presidency of the European Union (EU) for the second half of this year, he added that China appreciates Germany's willingness to actively promote the development of China-EU ties.

For her part, Merkel said that Germany attaches importance to the economic and social development plan made in China's "two sessions," and stands ready to work with China to promote work and production resumption without compromising outbreak control and continuously deepen bilateral economic cooperation.

Germany highly appreciates the announcement made by Xi that China's COVID-19 vaccine will be made a global public good, she said, adding that under current circumstances, to enhance international solidarity and multilateralism is crucial to the global fight against the pandemic.

The chancellor said Germany is willing to strengthen exchanges with China and continue to support the WHO playing its important role, so as to promote international public health security cooperation.